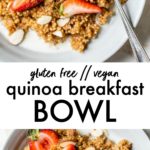 This quinoa breakfast bowl is flavored with plenty of cinnamon and a great way to switch up breakfast. It’s full of fiber and protein and ready in just 15 minutes! 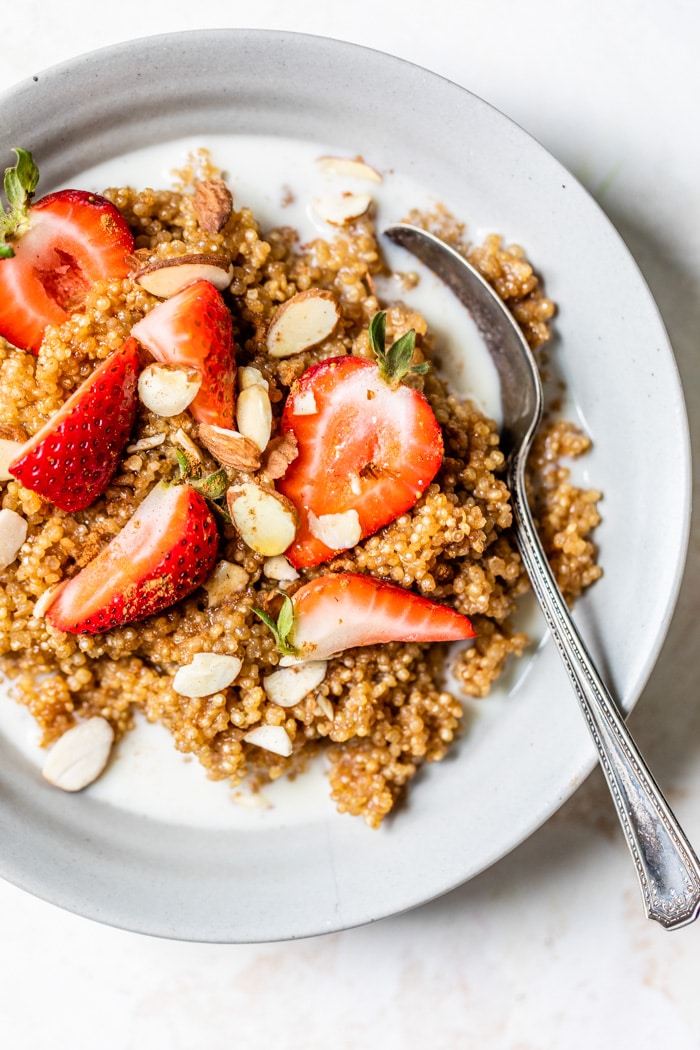 We’re going there—quinoa for breakfast is my new favorite! You know I’m not a huge fan of oatmeal (except for this savory oatmeal), but I’ve been eating quinoa for breakfast a few times throughout the last week, and I must say I’m a fan. It’s very filling, full of cinnamon flavor and I like the texture better than that of oatmeal. 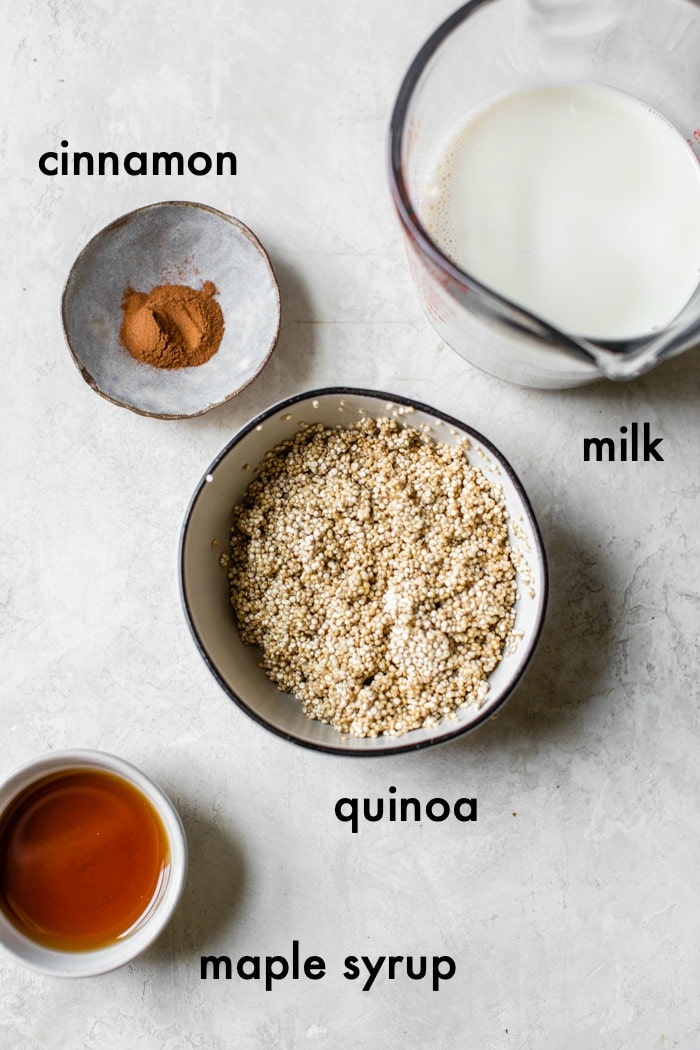 Milk - any kind should work, though almond and oat tend to be my favorites

Maple syrup - technically you can sub honey if you prefer, but I think maple syrup + cinnamon pair better together

Step 1: Pour quinoa into a fine mesh strainer, then rinse it for 10 seconds or so, which will help to remove the top coating, which can sometimes taste bitter. Add quinoa, cinnamon and milk to a large pot or dutch oven.

Step 2: Stir everything together, then bring mixture to a boil. Place a lid on the pot, then reduce to a simmer and cook quinoa for 20-25 minutes. 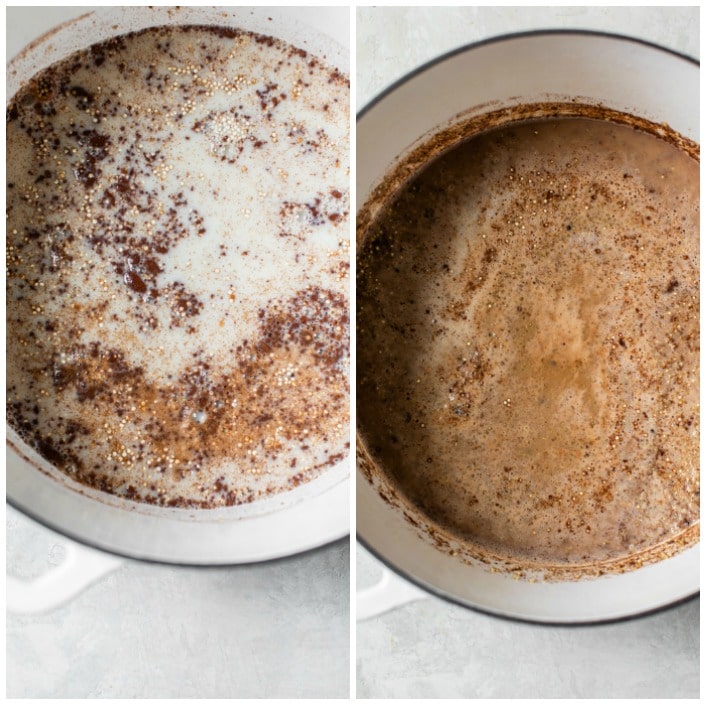 Step 3: Remove the lid, then pour in the maple syrup and stir to combine. Remove quinoa from the heat and allow a few minutes to cool before enjoying as-is or with a little extra milk and fresh fruit on top. 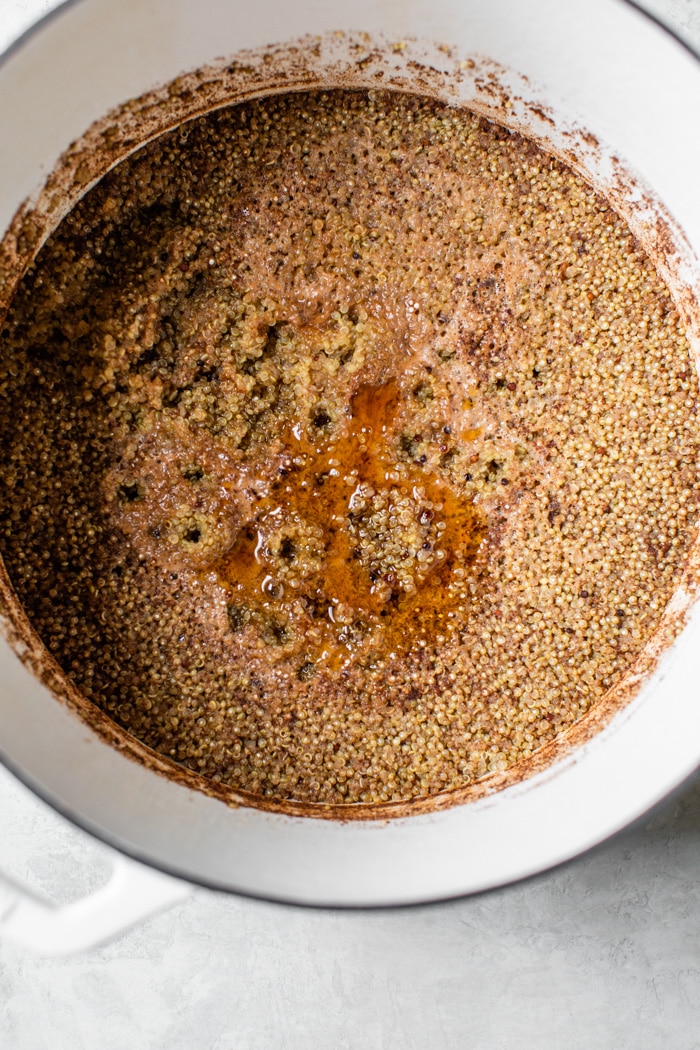 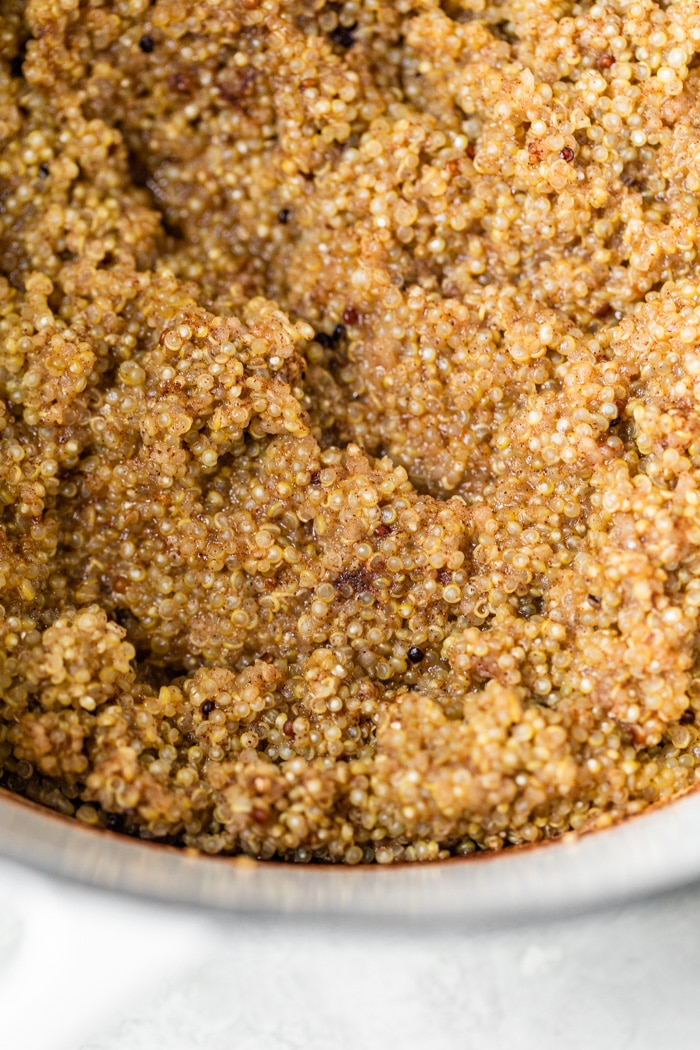 Do I have to rinse the quinoa?

Yes! It's an easy step that makes a huge difference in the way quinoa tastes. Just pour the quinoa into a mesh sieve or strainer, then run water over it for 10 seconds or so before adding it to your pot/dutch oven.

Why can't I add the syrup in with the other ingredients?

I found that adding syrup in at the same time as the quinoa, milk and cinnamon caused the mixture to boil over multiple times. So, it's just easier to be able to simmer the quinoa without having to worry about that, so I recommend adding it in at the end.

What's the difference between breakfast quinoa and oatmeal?

There isn’t a huge different in breakfast quinoa and breakfast oatmeal. Truthfully, you’ll cook and eat them the same way, and they’re both typically enjoyed warm. The main difference is that quinoa possesses a few extra health benefits (more protein, more fiber) and the texture is different.

How should I store this quinoa breakfast bowl?

If you want to prep this ahead of time (or have leftovers), just wait for it to cool then store it in an air-tight container in the refrigerator for up to 5 days. 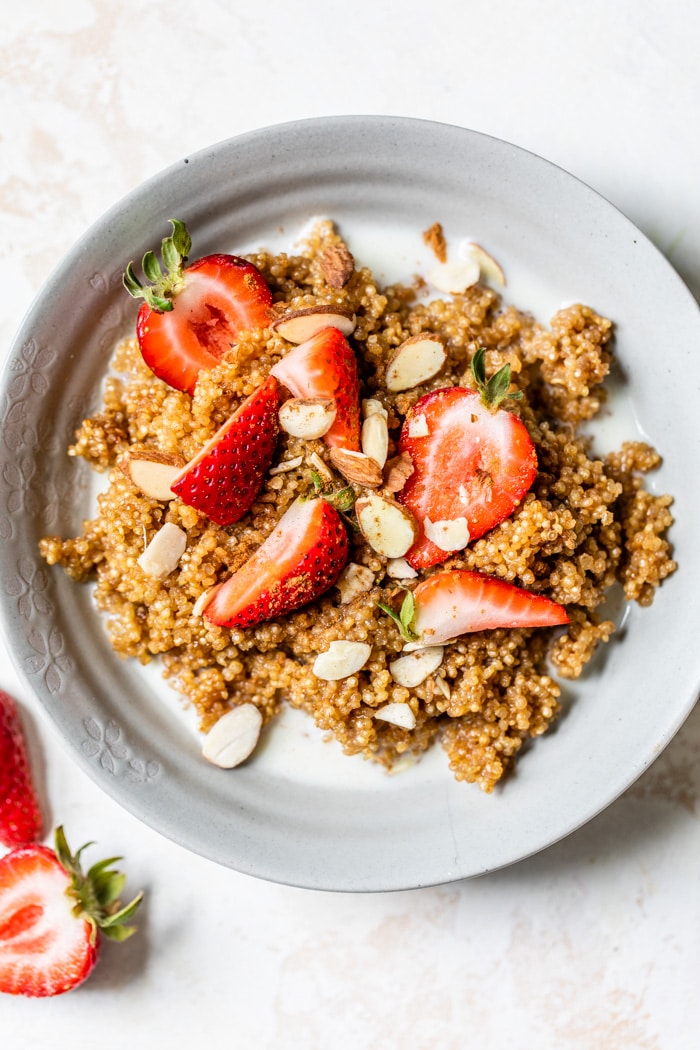 If you made this recipe, be sure to leave a comment and star rating below!

Storage: If you want to prep this ahead of time, wait for it to cool, then store it in an air-tight container in the refrigerator for up to 5 days.  Substitutions: I don't recommend any substitutions. If you have to, you can probably get away with using honey instead of maple syrup though.

UPDATE NOTE: This post was originally published in August 2019. It was updated with new text in May 2020.