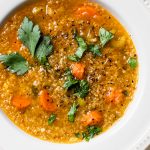 This Vegetable Quinoa Soup is a nice change of pace from traditional vegetable soup. It's loaded with vegetables and protein thanks to the quinoa, is full of flavor and is best served with crusty bread. 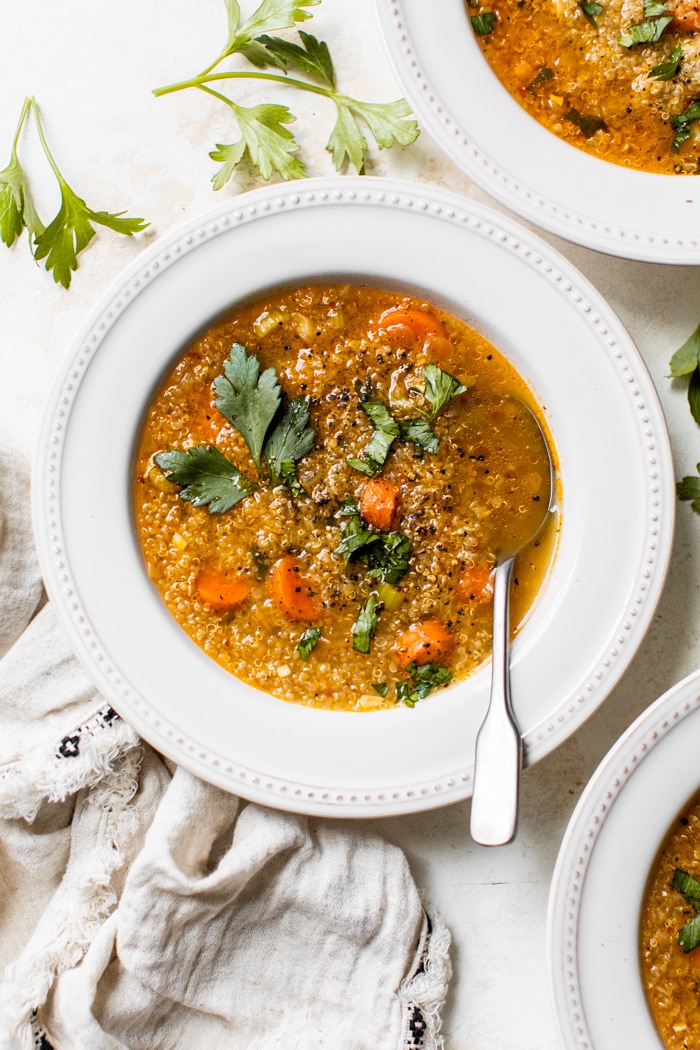 Cheers to soup season! Seriously though, as soon as the weather starts changing and getting cooler, I can't get enough of soup. My go-to's are this creamy tomato soup and my mushroom soup, but this quinoa soup is up there too.

This soup actually tastes similar to chicken noodle soup, but without the chicken and with quinoa instead of noodles. So basically, it's really delicious, super hearty and even healthier than the recipe you're used to.

WHY THIS VEGETABLE QUINOA SOUP SOUP IS THE BEST

HOW TO MAKE QUINOA SOUP

You'll start by cooking the quinoa in a saucepan over the stove like you normally would. You have to cook the the quinoa separately from the rest of the soup; otherwise, the quinoa will absorb all of the broth.

So, while the quinoa is cooking, you'll sauté the onions, garlic, celery, and carrot in a large skillet for a few minutes, then add the broth, cooked quinoa, parsley, and red pepper flakes to the saucepan. Simmer everything together for about 15 minutes, then do a taste test and add salt and pepper as needed. I usually like to add a little more red pepper flakes for extra spice.

Though you can absolutely eat this soup as-is, it's extra delicious when served with crusty bread, like a good sourdough loaf. 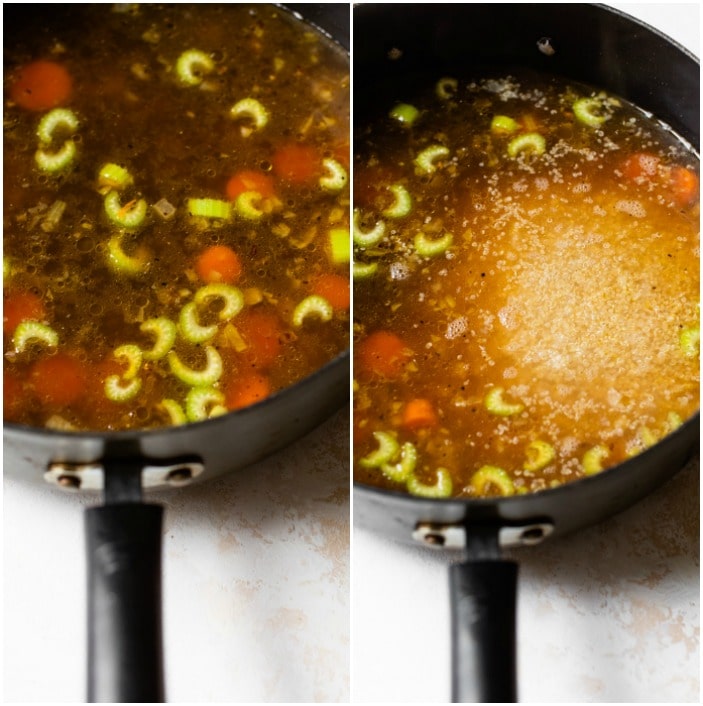 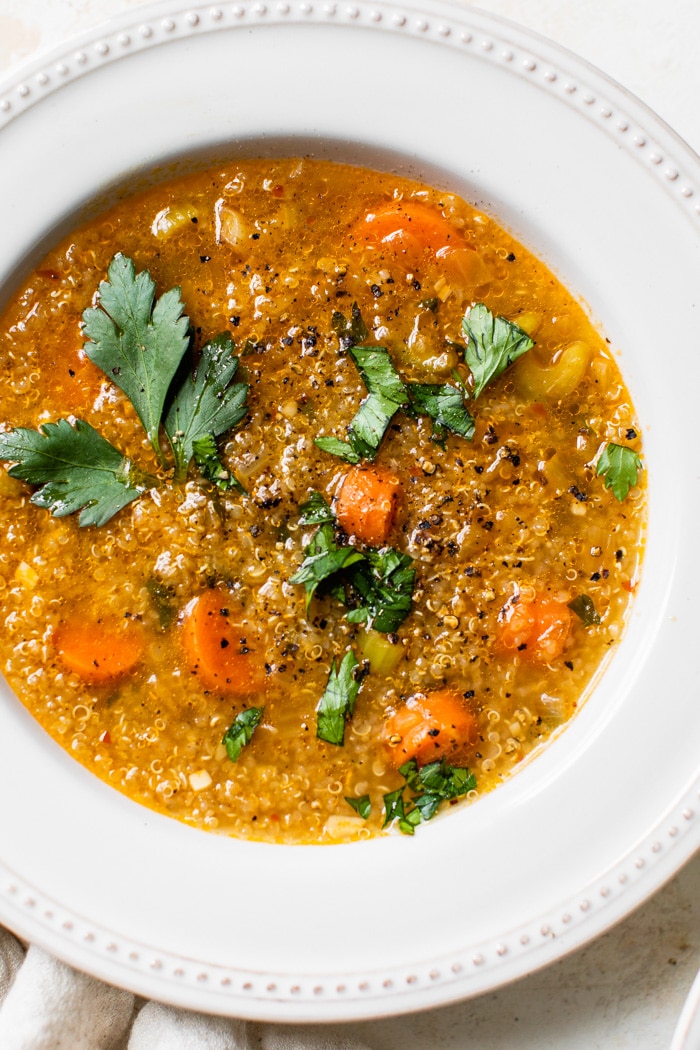 HOW TO STORE SOUP

This soup is best served in an air-tight container in the refrigerator for up to three days. You may notice that the longer it sits in the refrigerator, the more the broth gets absorbed. Don't worry! If this happens, just add 1 cup of water and stir everything together before serving. 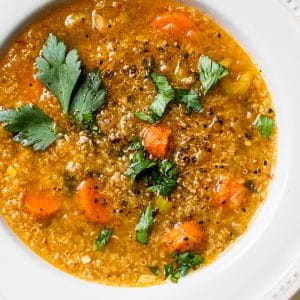 This Vegetable Quinoa Soup is a nice change of pace from traditional vegetable soup. It's loaded with vegetables and protein thanks to the quinoa, is full of flavor and is best served with crusty bread.
5 from 3 votes
Print Pin Rate
Prep Time: 5 minutes
Cook Time: 30 minutes
Total Time: 35 minutes
Servings: 4 servings
Author: Erin

*This soup is delicious on its own, but even better when served with crusty bread!
Did you Make this Recipe? Tag me Today!Leave a comment below and tag @thealmondeater on Instagram!
« DIY: How to Make a Food Photography Board
Homemade Sweet Potato Pizza »