This creamy Vegan Cauliflower Soup recipe is made with cauliflower, dairy free milk and tempeh and topped with crispy kale chips for added texture. Cozy up to a warm bowl of cauliflower soup, because it may just be the BEST way to eat cauliflower! 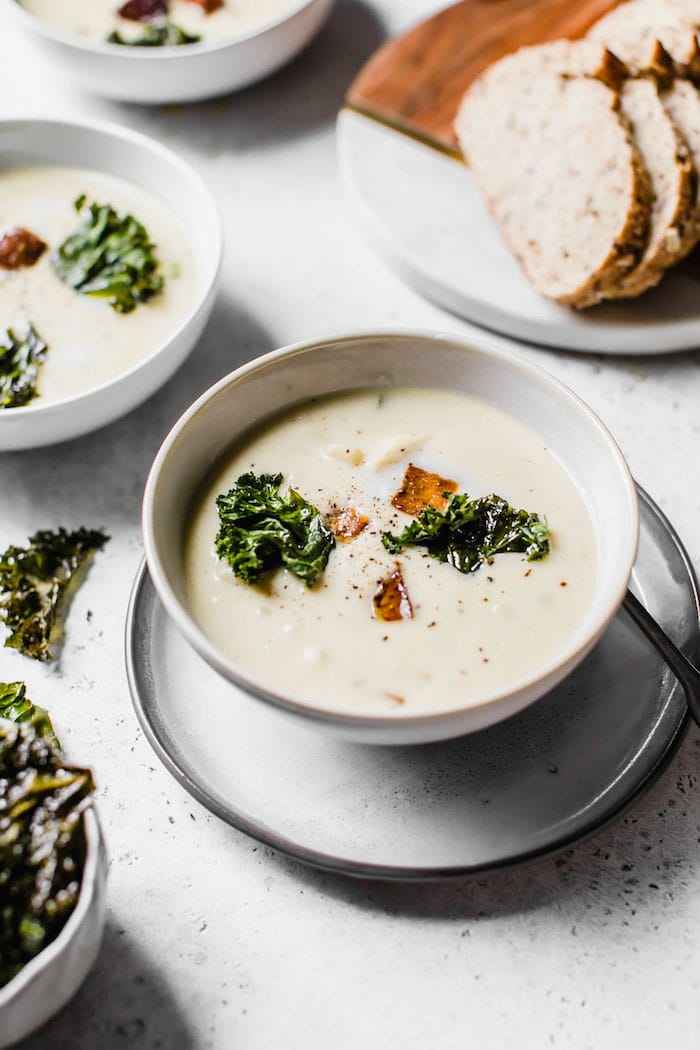 It's soup season! I mean, it kind of is. It's September, which means it's a strong mix of warm and cold, especially here in Pennsylvania. However, I was sick a couple of days ago and this soup recipe absolutely hit the spot.

WHY THIS VEGAN CAULIFLOWER SOUP IS SO GOOD 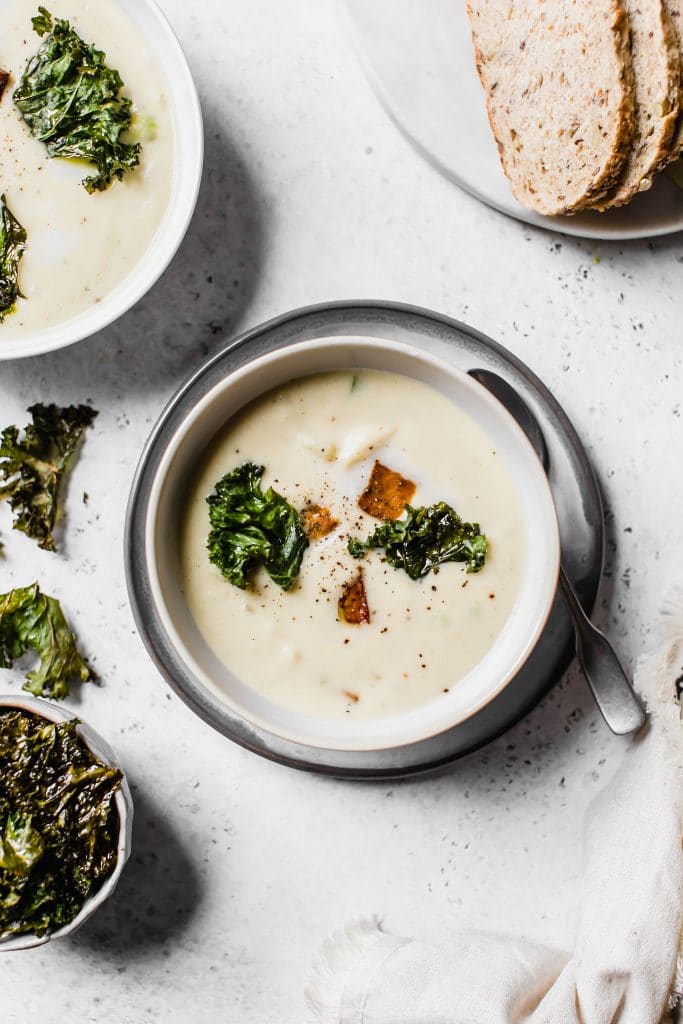 This cauliflower soup uses a combination of milk, vegetable broth and cauliflower to create a creamy texture. Those three things plus the addition of veggies, including kale, and tempeh make for a delicious and good-for-you soup recipe.

Have you ever tried tempeh? If you haven't, please do because I'm obsessed! It tends to be my go-to "meat" for lunch, and goes perfectly in this soup. Many people love potato soup with bacon, so this is like the vegan version to that but with cauliflower and tempeh. 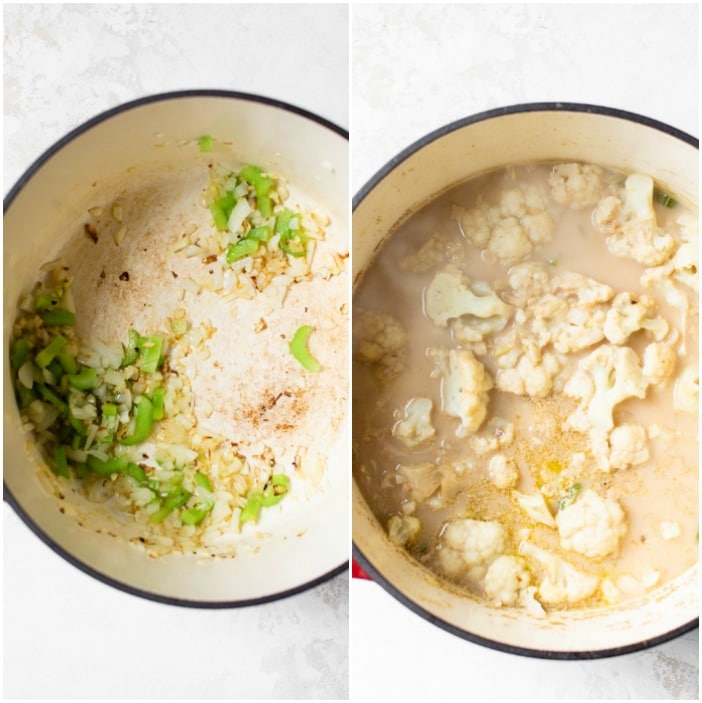 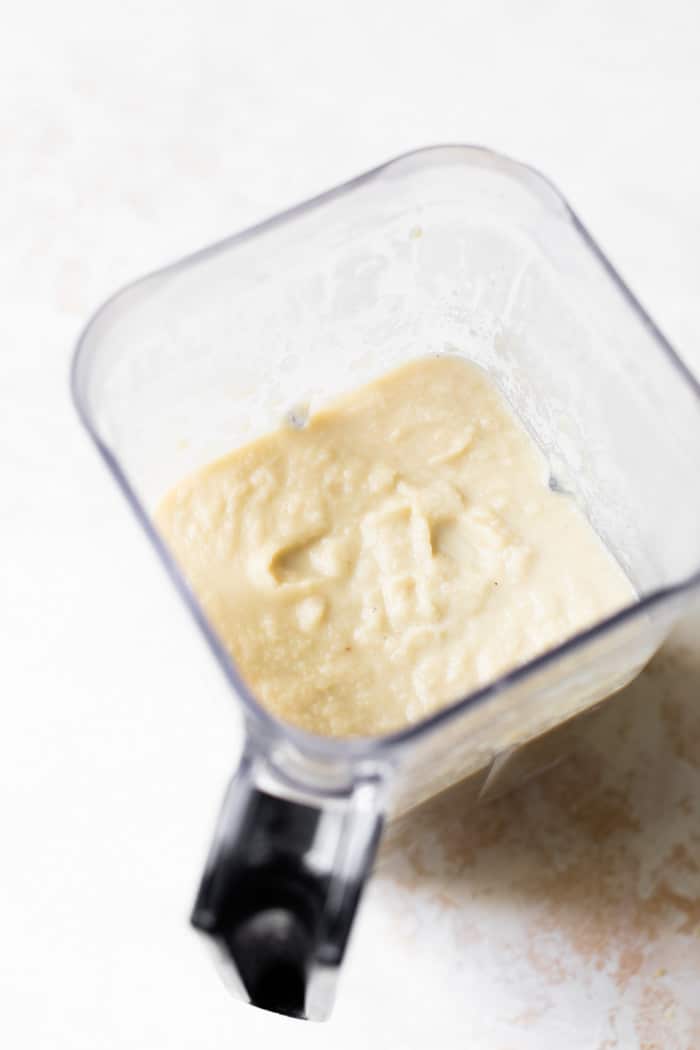 USE A HIGH-POWER BLENDER: I know this tip is kind of silly, but as you might assume, a high-power blender is going to make this soup extra creamy and delicious. I know quality blenders make a difference because I used to own a cheap one and it was the worst.

CHOOSE THE RIGHT TEMPEH: What is the "right" tempeh? For this recipe, it's tempeh that's already marinated. Personally, I like the LightLife "fakin' bacon" flavor.

THE PERFECT KALE CHIPS: Kale chips are underrated in my opinion, but they add a great texture to this soup, though they do get soft once they're fully immersed in the soup, so it's best to keep them on top of the soup if possible. 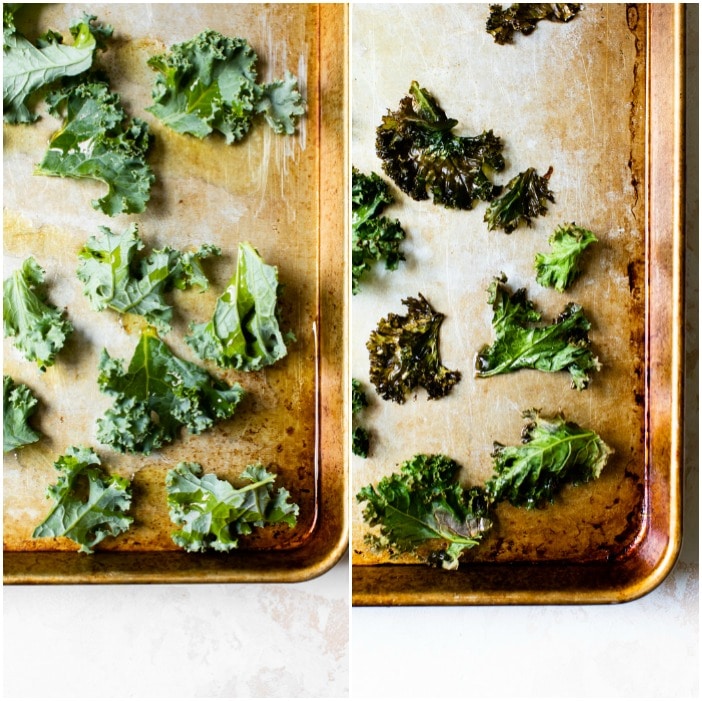 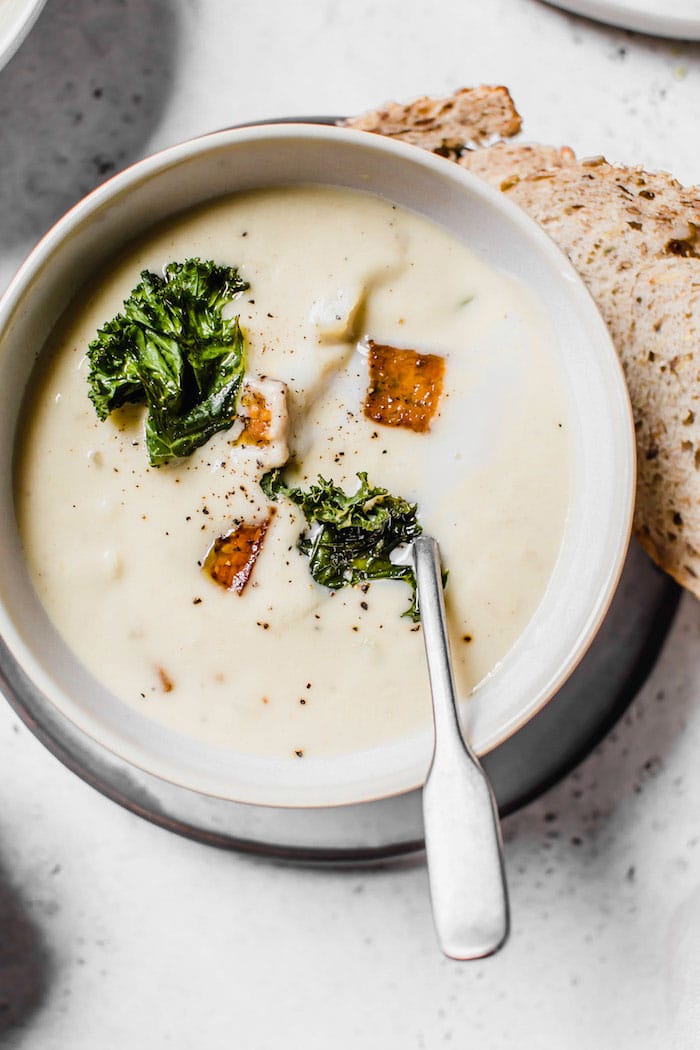 WHAT MAKES THIS SOUP VEGAN?

This recipe calls for almond milk, though you can technically use ANY dairy free milk. It also uses vegetable broth. Those two things, along with cauliflower and vegetables like onion and celery, make this a vegan-friendly soup.

The garlic, onion and marinated tempeh all give this soup a wonderful flavor, one that which only sort of tastes like cauliflower. I love this soup, and it just tasted like straight cauliflower I wouldn't be sharing it with you.

I hope you enjoy this vegan cauliflower soup as much as I did! 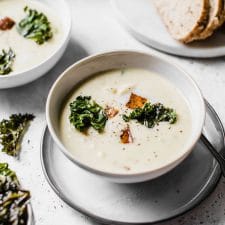