A moist and delicious Vegan Coconut Cake that’s made with coconut milk, coconut oil and shredded coconut. If you’re a coconut lover, you’ll love this recipe. 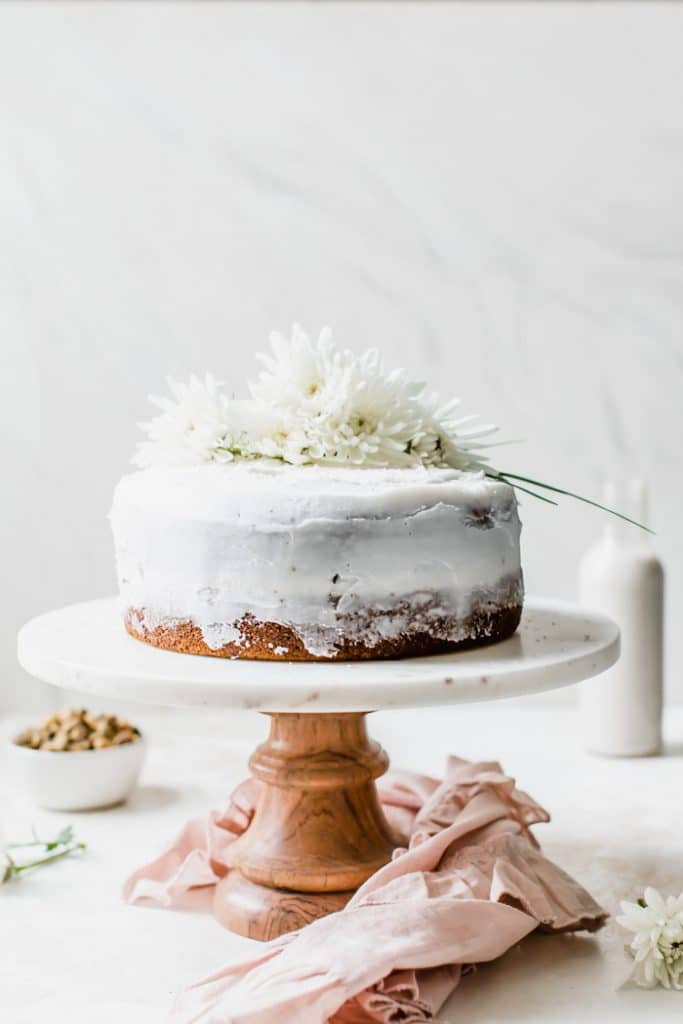 **This post originally appeared in 2016 and has since been updated with new photos. It’s still the same great recipe, though!

BOLD STATEMENT: this vegan coconut cake may be my favorite recipe of the past several months. I know that’s a crazy thing to say, but it’s true. Consequently, this cake was 100 percent inspired by my Triple Coconut Bread recipe, a recipe that Miguel and I devoured in 24 hours. Though I love bread, sometimes you just need cake.

Before I talk about the cake itself, I want to talk about Nuts.com. Have you heard of it? If so, then you probably already know how amazing it is. It’s a family-owned online shop that sells high-quality nuts, cooking and baking products, dried fruits, and other pantry essentials, with many of them being organic (woohoo!).

Not only does Nuts.com have delicious products, but they have cleve marketing too. I mean, just LOOK at the packaging! 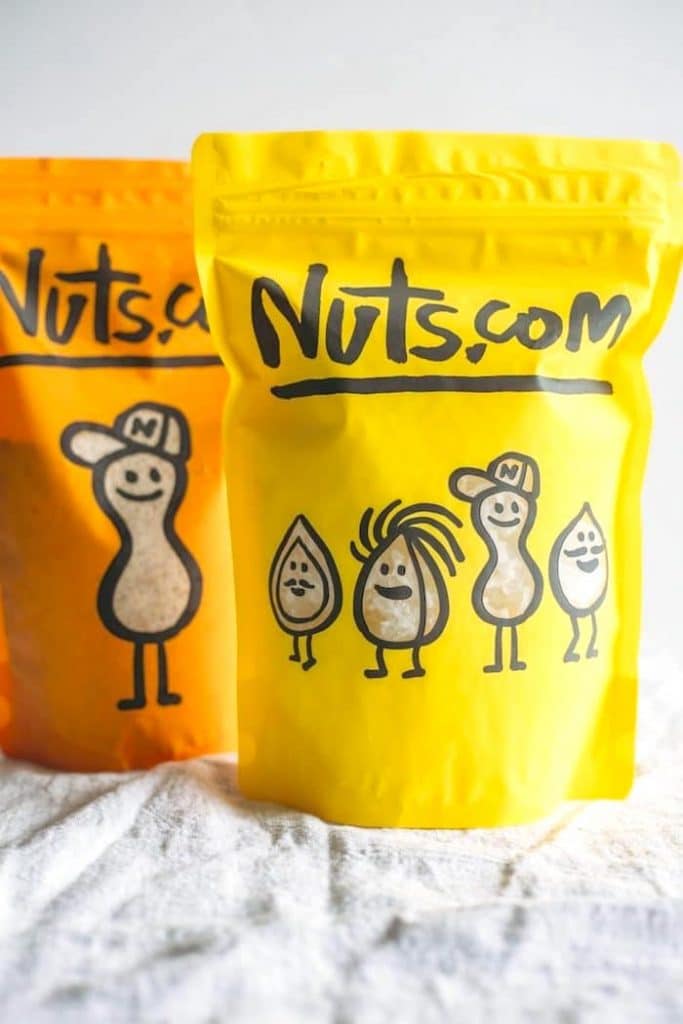 Ok, so WHY is this vegan coconut cake my favorite, you ask? Well let me tell you.

Most importantly, it’s made with easy-to-find ingredients, many of which can be found on Nuts.com. Additionally, I tested several different icing options, but the coconut oil and powdered sugar icing ended up being my favorite. I tried a variety with coconut cream and another with coconut milk, but they didn’t compare.

Tip: Plan on making the icing the same day you’re going to serve the cake. Since the icing is made with coconut oil, it will harden when it’s placed in the refrigerator (still tastes delicious though!). Of course you can make the cake in advance, just wait to make the icing so that the texture is smooth like buttercream icing. 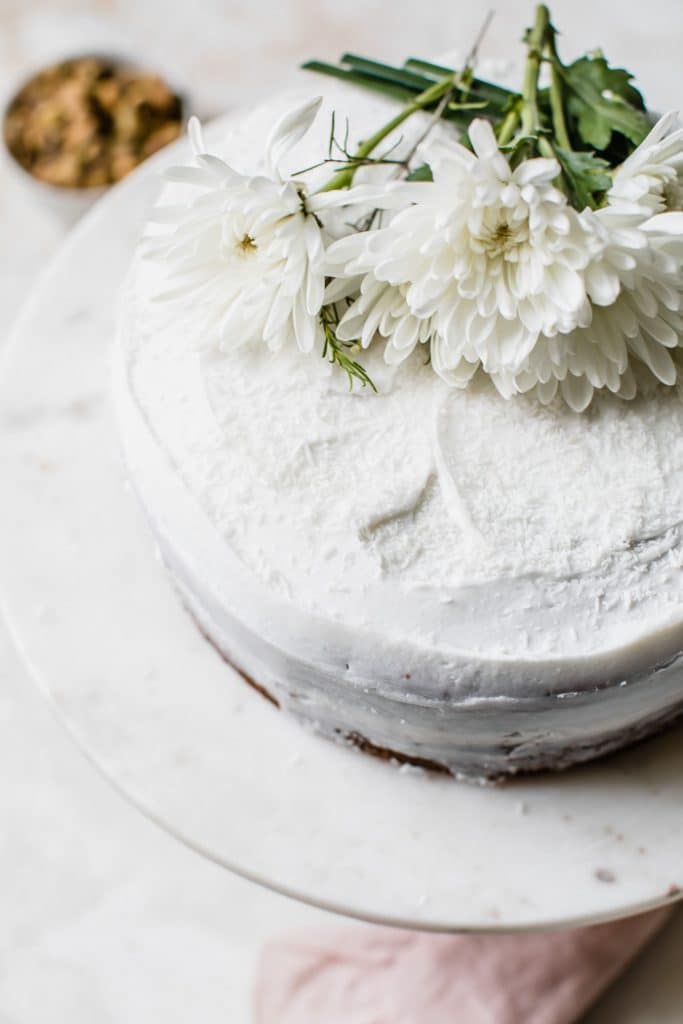 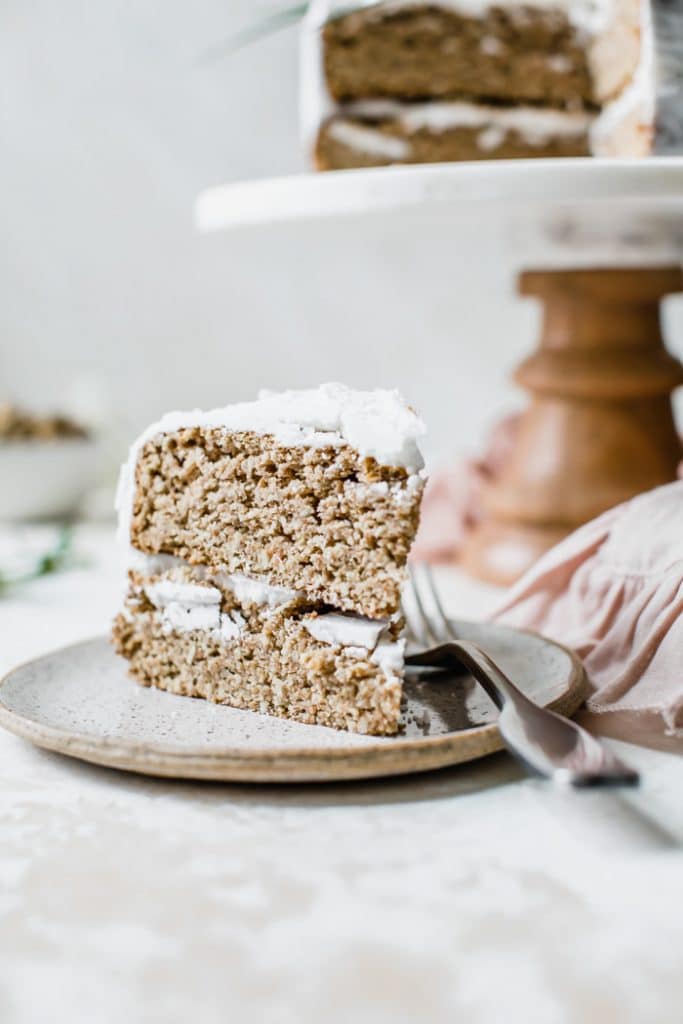 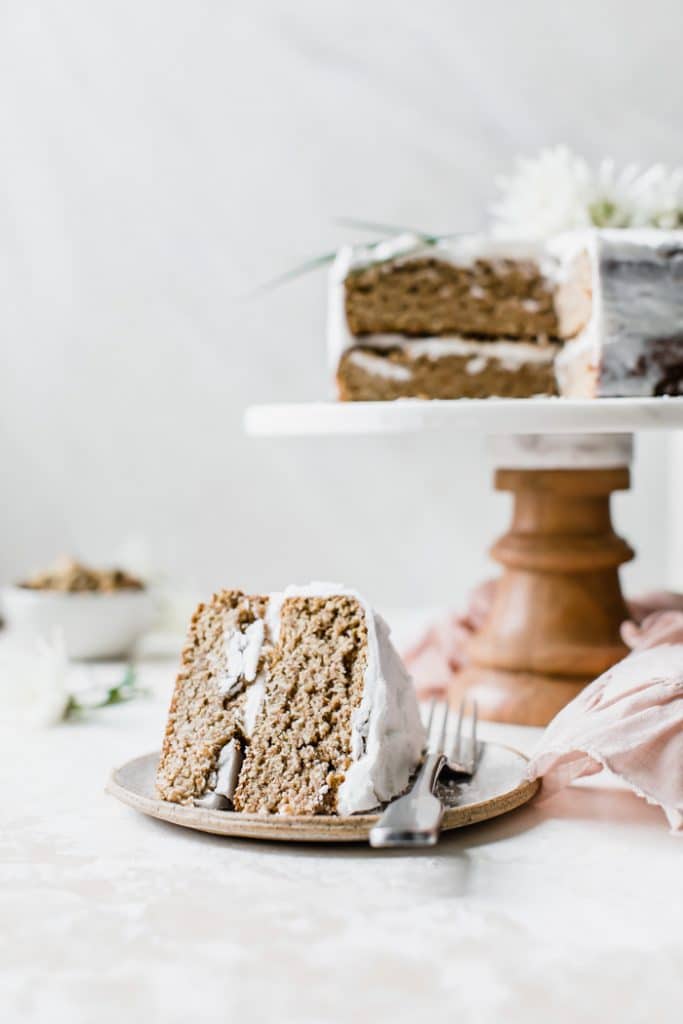 Don’t forget the finishing touches! This cake can and should be topped with shredded coconut and maybe even fresh fruit. The result is a delicious, dairy free, super moist cake!

Disclosure: This post is sponsored by Nuts.com. As always, all opinions are my own. Thank you for supporting brands that support The Almond Eater! 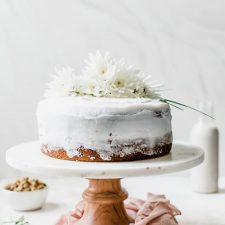 For the icing: plan on making the icing the same day you want to serve the cake. Since the icing is made with coconut oil, it will harden if/when the cake is refrigerated (still delicious though!). So, if you want it to be more like icing consistency, I recommend waiting to ice the cake until a few hours before you're going to serve it.