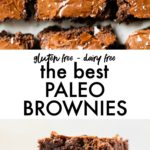 These are the BEST Paleo Brownies you’ll ever try (I promise!). They’re just 6 ingredients, gluten free, dairy free, and the texture is just what you expect from a brownie recipe: crackly on top and fudgy in the middle. 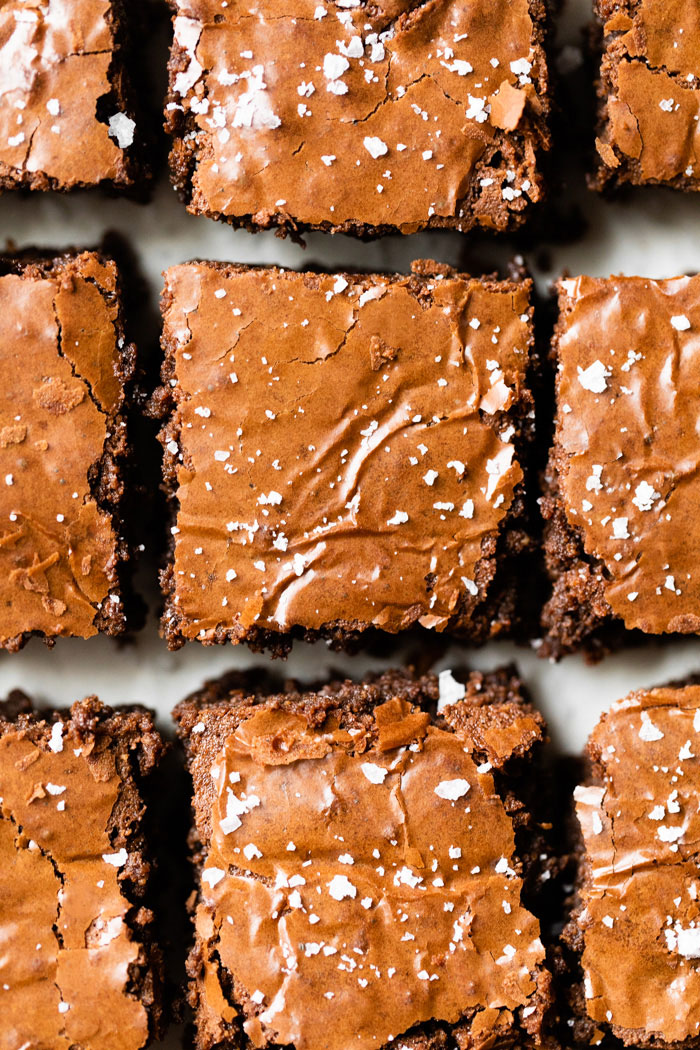 Today is all about the BEST Paleo brownies, and friends, these are it! I tested this recipe three times to make sure it’s perfect. As much as I love healthy brownies, sometimes you need the real deal. Don’t be turned off by the word “paleo” if you aren’t strictly paleo because these brownies taste just like your favorite childhood brownie recipe.

See, sometimes I like to sneak black beans into brownies, but not this time! For this recipe, I wanted something without gluten or dairy but that tasted out-of-this-world-good, and these are it.

WHY THESE PALEO BROWNIES ARE THE BEST

HOW TO MAKE PALEO BROWNIES

Start by melting the coconut oil and chocolate chips together until you have smooth, melted chocolate. Generally, you can do this one of two ways: either over the stove or in the microwave. If you melt the chocolate chips over the stove, make sure the heat is on low and that you stir them frequently so they don’t burn. If you melt them in the microwave, microwave them in 30 second intervals, stirring in between each one until they’re smooth.

Next, whisk the eggs and coconut sugar together in a large bowl for AT LEAST 45 seconds. This is a crucial step if you want the crackly tops on your brownies, which you most definitely do! The end result should look something like this: 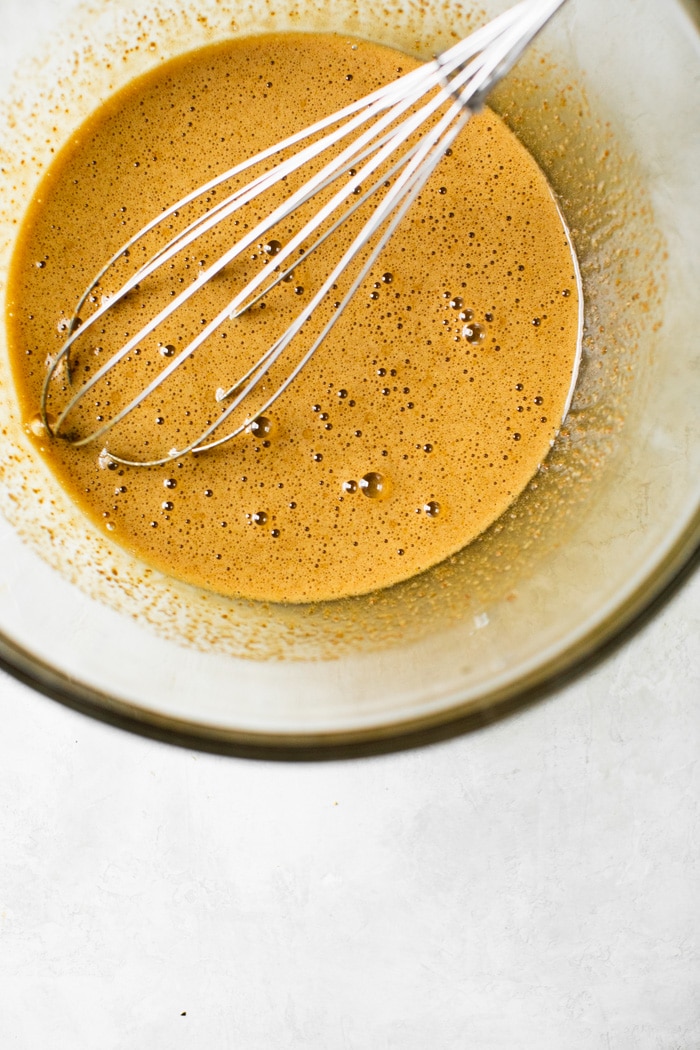 To that same bowl, fold in the almond flour and salt until everything is mixed together well. Normally for dessert recipes, I like using my electric hand mixer, but when you’re making something that’s gluten free you have to be extra careful not to over mix the batter, so stirring the flour in by hand is a must.

The final step is to add in the melted chocolate and stir until the batter is smooth and chocolatey.

WHAT KIND OF CHOCOLATE SHOULD I USE?

If you want to keep these brownies 100% Paleo, opt for chocolate chips WITHOUT soy lecithin. This can be a little tricky to find, but I know that ‘Enjoy Life’ chocolate chips are Paleo-friendly! If you aren’t following strict Paleo, you can use ANY kind of chocolate chips, though I generally recommend semi-sweet.

Make sure you whip the eggs and sugar together really well. I know I already said this, but it’s important! It’s going to make a huge difference in the texture, and we all know brownie texture is very important (seriously!).

To check for doneness, insert a toothpick. The batter should be mostly dry with a little crumb. It should NOT be wet! If it’s still wet, put the brownies back into the oven and bake for 5 more minutes or so.

HOW SHOULD I STORE THESE BROWNIES?

Store these brownies in an air-tight container at room temperature for up to 4 days. With that said, these will taste better (think: fresher) the sooner you eat them, which really shouldn’t be a problem… 🙂 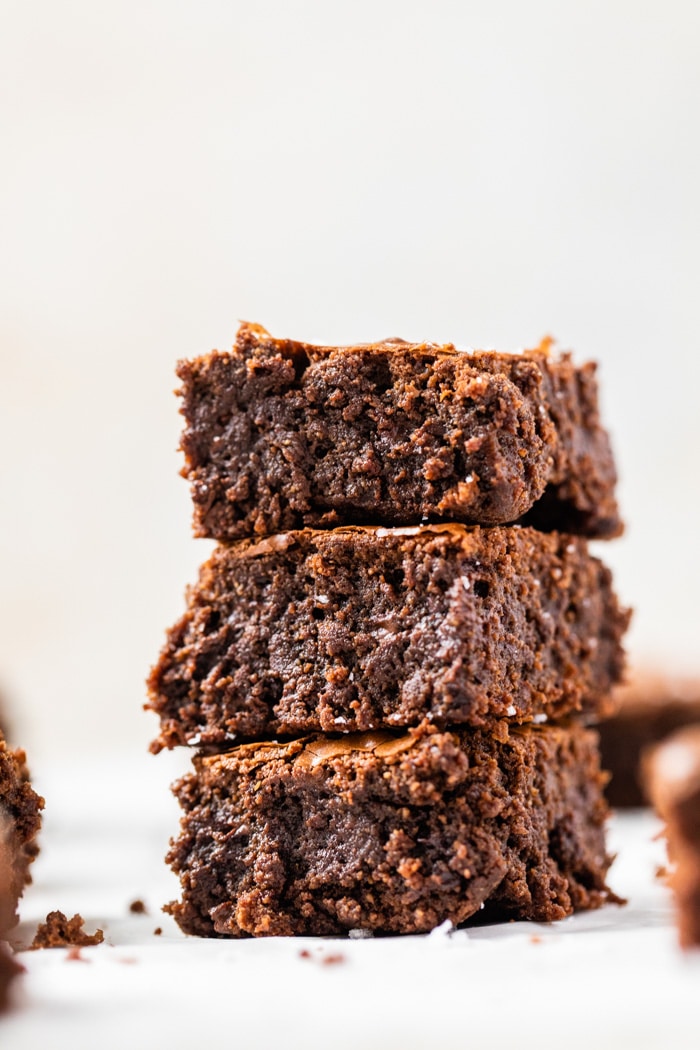 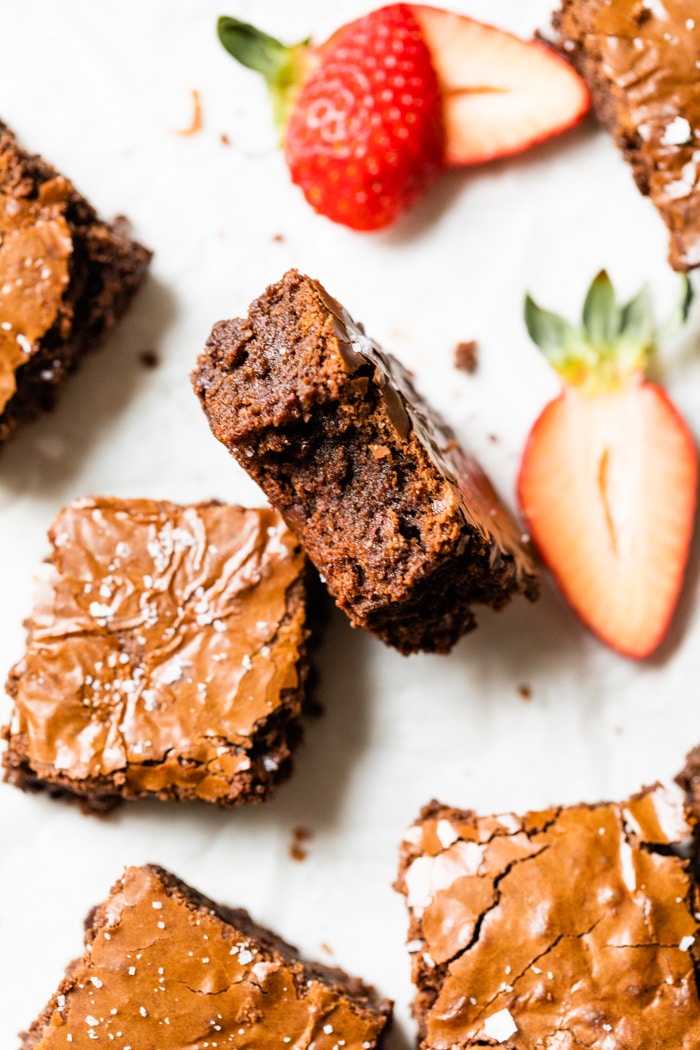 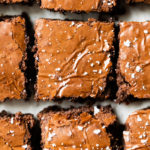 These are the BEST Paleo Brownies you'll ever try (I promise!). They're just 6 ingredients, gluten free, dairy free, and the texture is just what you expect from a brownie recipe: crackly on top and fudgy in the middle.
Print Pin Rate
Prep Time: 10 minutes
Cook Time: 40 minutes
Servings: 16

*I used Enjoy Life chocolate chips  **Make sure to sift the almond flour before adding it to the batter. The first time I made these I skipped this step and the batter had lumps in it, resulting in the brownies having lumps in them (they still tasted great though!)
Course: Dessert
Cuisine: American
Keyword: brownies, gluten free brownies, paleo brownies
Author: Erin