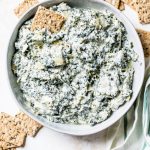 This Crockpot Spinach Artichoke Dip is ready in 3 hours and is made with Greek yogurt, so it’s actually healthy! It’s a classic fan favorite recipe that requires just one dish: the crockpot. 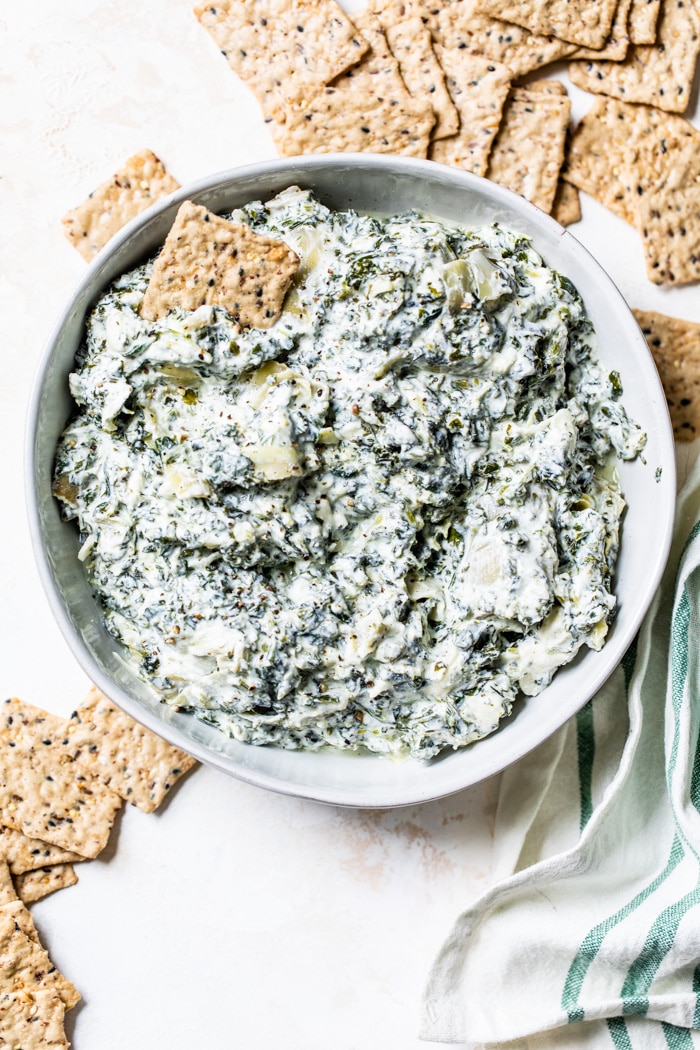 If you’re the person making the recipe, it helps that this crockpot spinach artichoke dip is just as it sounds: made in the Crockpot. Why? Because it means less dishes for you and that you can throw everything into your slow cooker and it’ll be ready to go within 2-4 hours, which is ideal if you’re prepping for any kind of event or get together.

This healthy spinach dip is even better than most because it’s made with Greek yogurt, not cream cheese. No matter how you spin it, cream cheese isn’t healthy (not even the lower fat kind). But Greek yogurt? IT’S HEALTHY, as in this dip recipe is completely guilt-free. 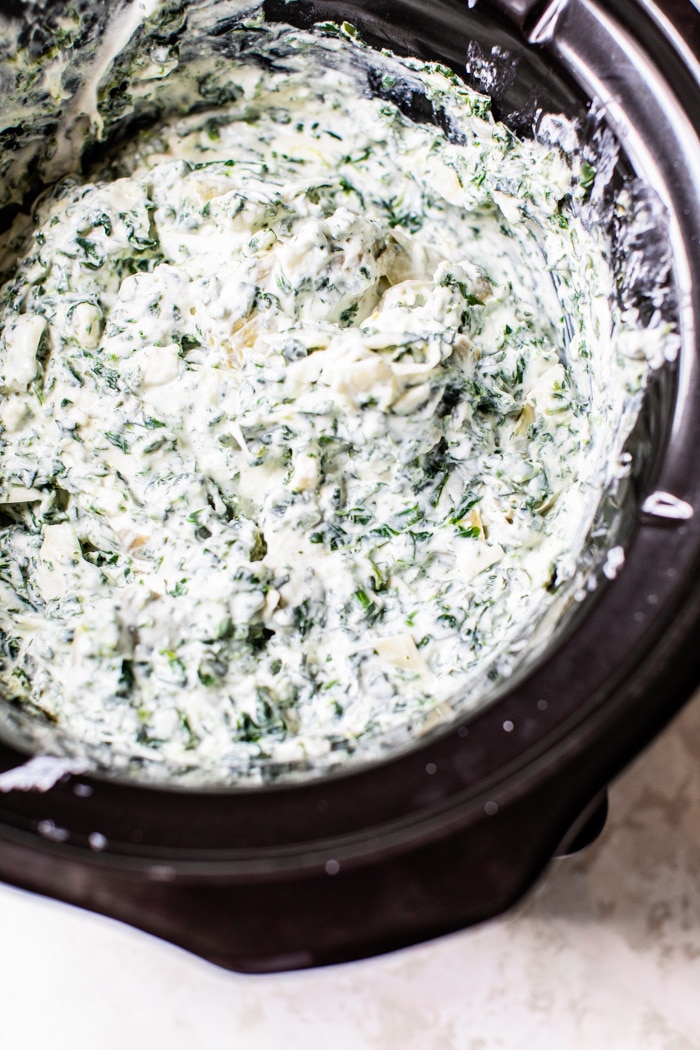 Grease your Crockpot/slow cooker: This is always a good first step when making anything in the Crockpot. That way, you can be sure whatever’s cooking won’t stick to the pot. I like to just drizzle a little olive oil along the edges before using it.

Combine ingredients: Throw all of the ingredients—yes, ALL of them—into the Crockpot and give everything a stir. You’ll probably have to stir everything at least twice throughout the cook time, especially to help the frozen spinach break up and cook a bit faster.

Since this is a Crockpot recipe, the actual recipe instructions are pretty straight forward! Plus, the only dish you’ll have to wash is the Crockpot itself, which is pretty great. 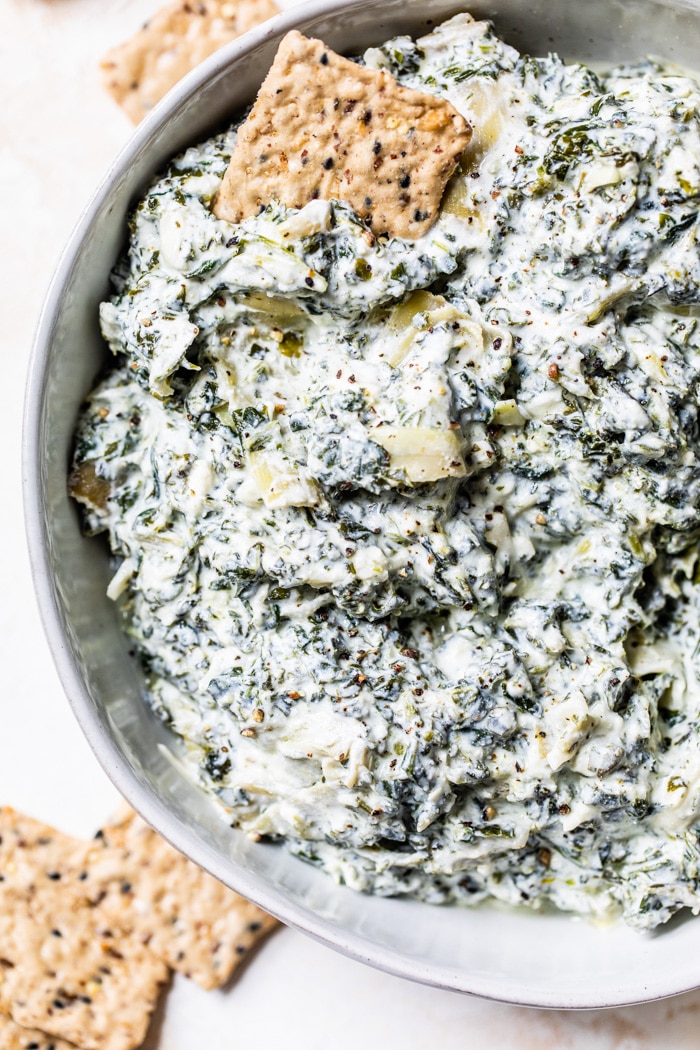 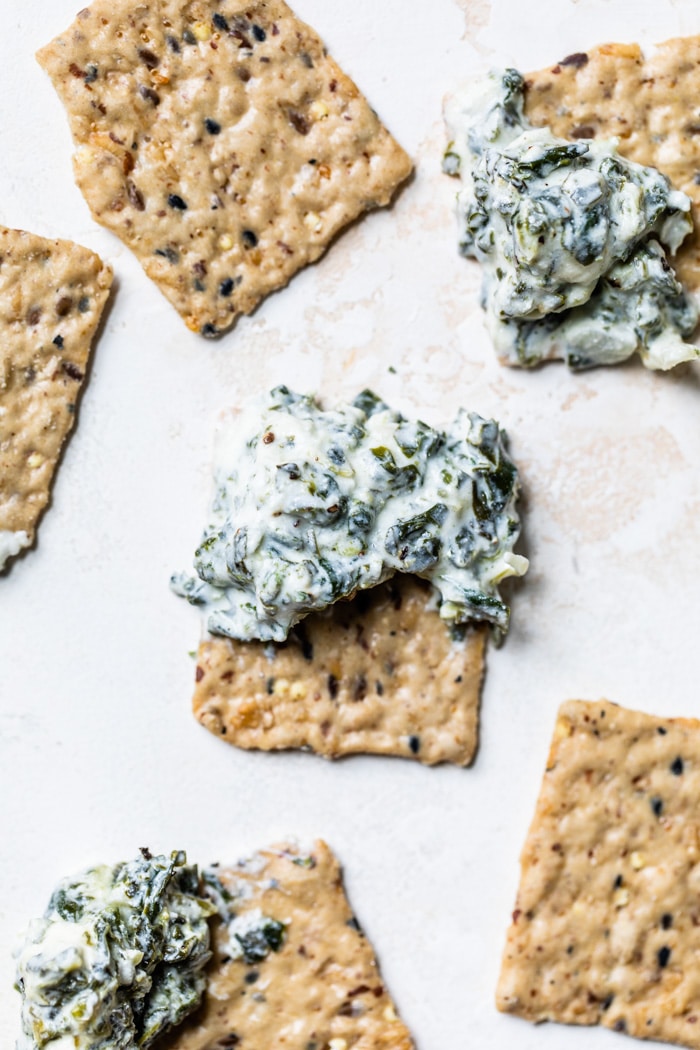 DO I HAVE TO USE A CROCKPOT/SLOW COOKER?

Nope! With that said, I haven’t tried making it any other way. Most baked spinach artichoke recipes can be made in a baking dish and baked at 350° for 20 minutes or until the cheese has melted.