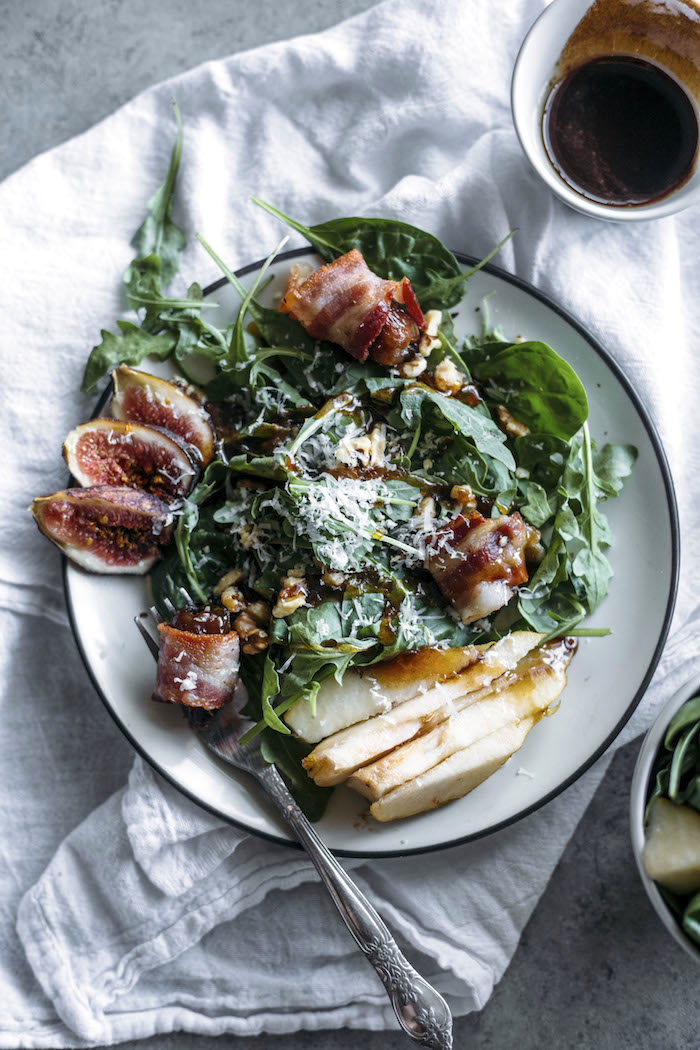 Is everyone feeling refreshed after the long weekend?! Sunday got the best of me and, between you and me, I’m still trying to get ahead on recipes since I got behind while in Italy. So, similar to last week, I’m posting today instead of yesterday. Forgive me? I’m making up for it by giving you an awesome fall-inspired pear salad recipe.

If you’re like me, you spent the weekend eating “cook out” food, aka burgers and chips and ice cream, so this salad is just what WE need. Yes, “we”. Rude to assume? Nah. After all, we could allll use a few more salads. Besides enjoying a cook out at my moms house, I also got to try the brand spankin’ new NatuRoll Creamery in Lawrenceville (you maybe saw this on my Instagram story). SO COOL. Have you ever tried a rolled ice cream place? It takes a LOT longer, but I liked being able to see the process of the ice cream being rolled.

…aaaand here I am talking about ice cream instead of salad. *shock* 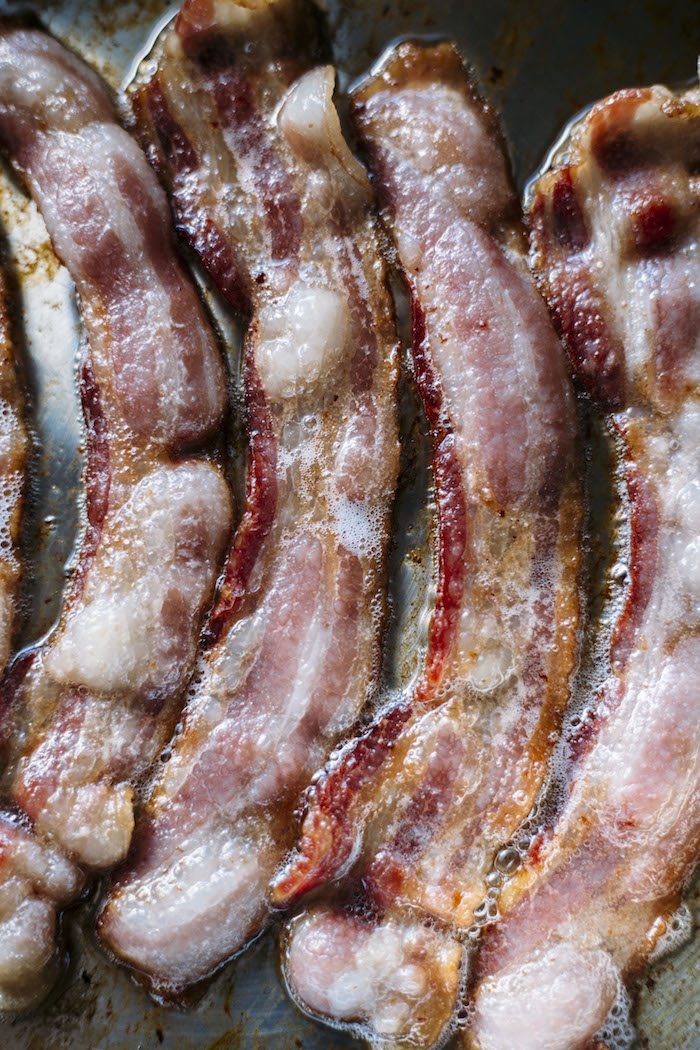 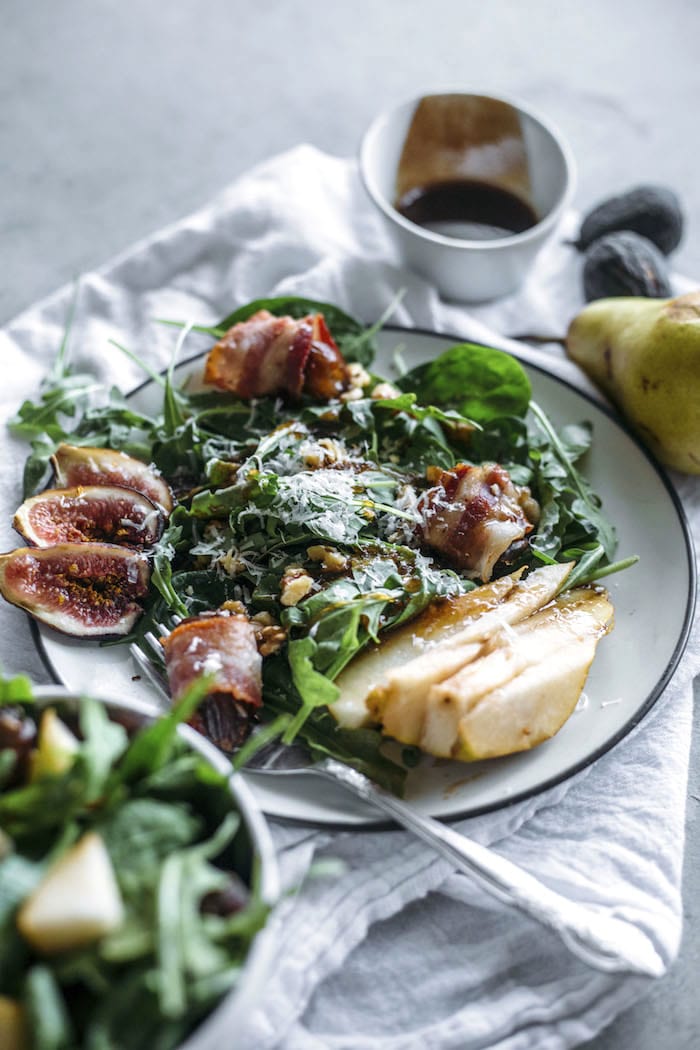 This pear salad was the result of me, along with eeeeeveryone else I know, seriously craving fall food. Give me ALL the pears and figs and cinnamon everything please. Not only is it topped with pears, but it’s also topped with walnuts, gruyere cheese (<—my new fav!), figs, bacon-wrapped dates and a honey cinnamon dressing that’s made up of—wait for it—just honey and cinnamon. Mind blowing, I know. Salad dressings aren’t my forte, but this one is ON POINT (<—do people still say that?).

I opted to eat the pears as-is, but feel free to caramelize them with a bit of cinnamon sugar on a skillet if you want warm pears. …now I’m wishing I would have done that.

Oh! And I ended up using a mixture of spinach and arugula, but it’d be just as good using solely spinach or arugula, depending on what you have on hand. 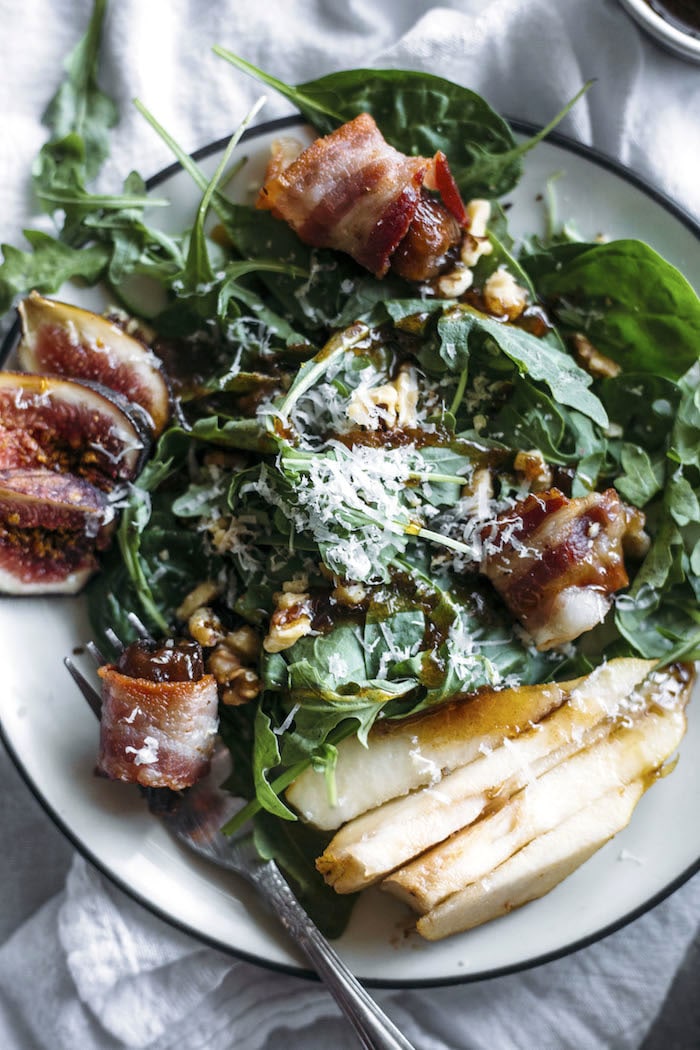 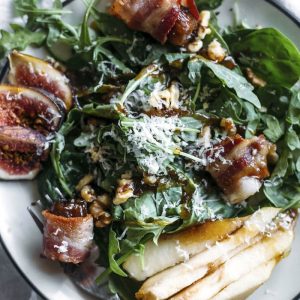 Did you Make this Recipe? Tag me Today!Leave a comment below and tag @thealmondeater on Instagram!
« Mini Dog Birthday Cake
Ginger Pumpkin Smoothie »