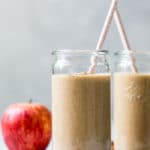 This apple smoothie recipe is made with just 5 ingredients, including apples, yogurt and cinnamon, for a healthy and flavorful smoothie. It's the perfect amount of apple flavoring and sweetness that you're sure to love. 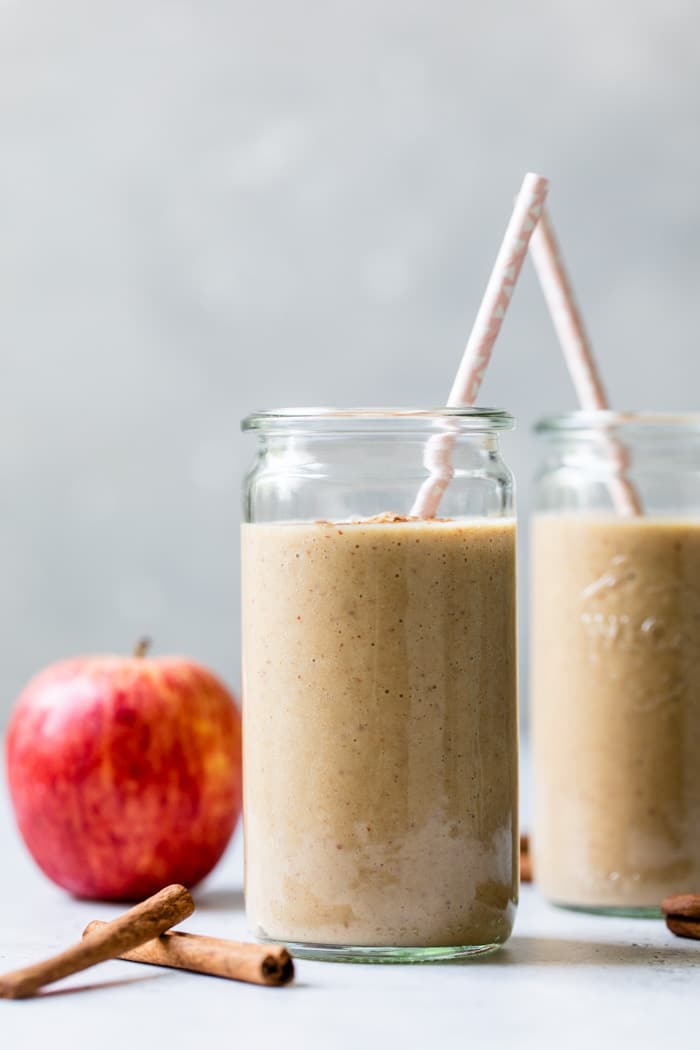 An apple a day keeps the doctor away (that is how the saying goes, right?), so an apple smoothie a day, well, that's even better! The tricky part about an apple smoothie is that, truth be told, apples don't have a particularly strong flavor. So, getting the smoothie to have the correct about of apple flavor, along with the right amount of sweetness, can be and was a little more challenging than I expected.

But, have no fear--I figured it out! This apple smoothie uses apples as the main flavor, and then uses dates to add a hint of sweetness and a small amount of cinnamon, because I feel like you can't have apples without cinnamon. 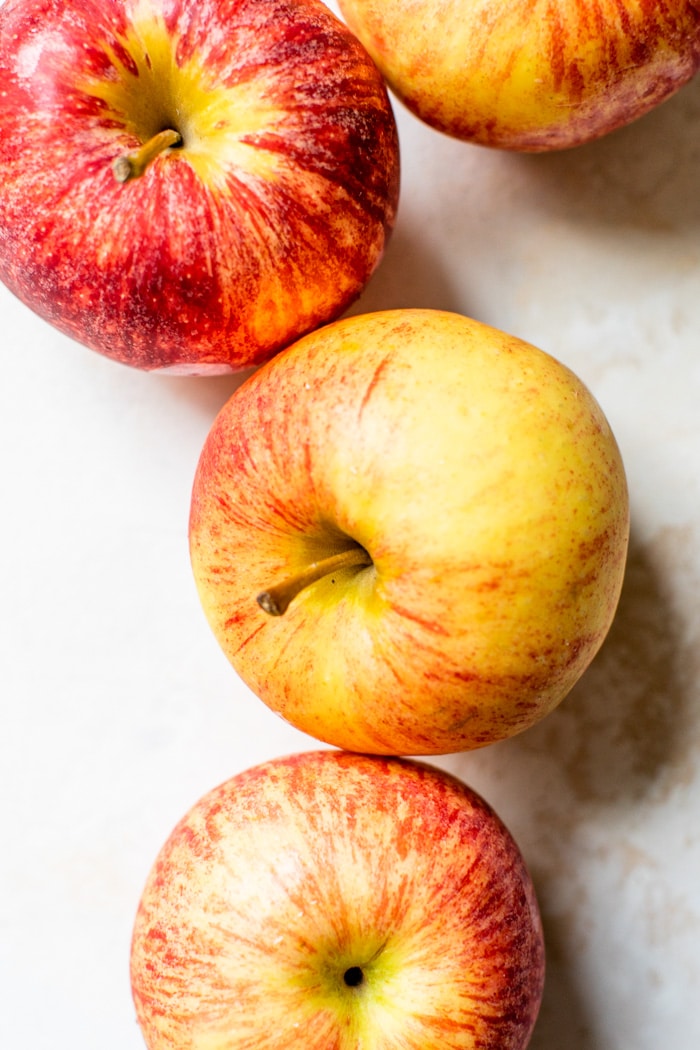 HOW TO MAKE AN APPLE SMOOTHIE

If you own an apple slicer, use that to cut the apple. If not, use a knife to cut around the core of the apple, then place the apple slices into the blender, along with the remaining ingredients.

You'll want to blend the smoothie for at least 30 seconds; otherwise, the skin of the apple won't blend up all the way. 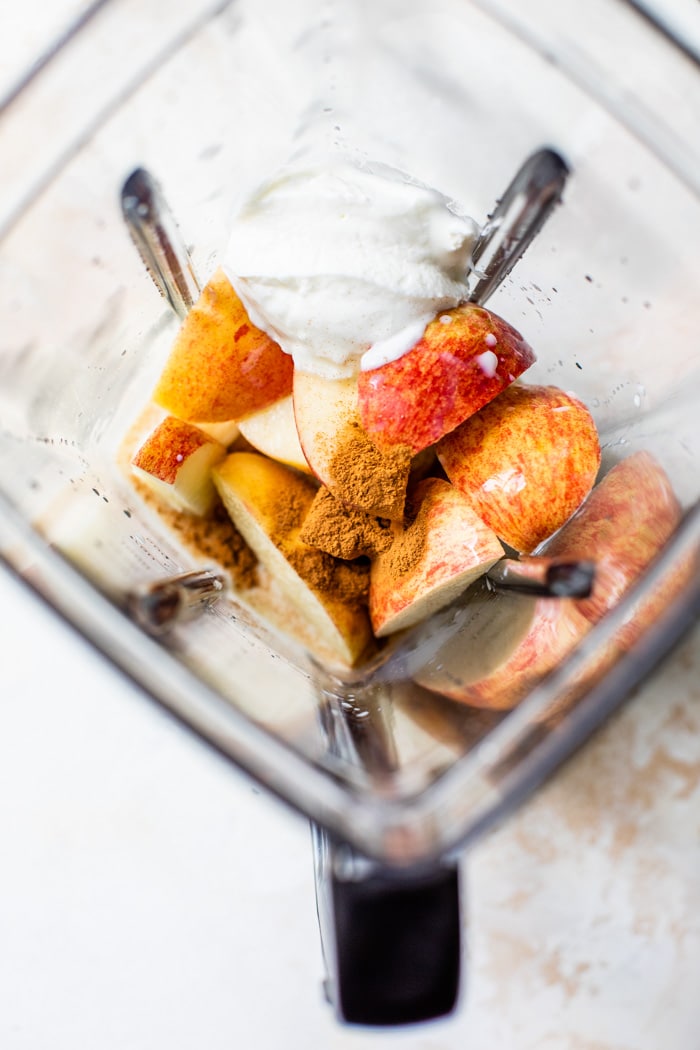 Yogurt: If Greek yogurt isn't your thing, feel free to use ANY other kind of plain or vanilla-flavored yogurt. My personal favorite non-dairy yogurt is Forager, but again, any kind of regular or dairy free yogurt works.

Dates: Besides dates, honey or maple syrup are a great way to sweeten smoothies. 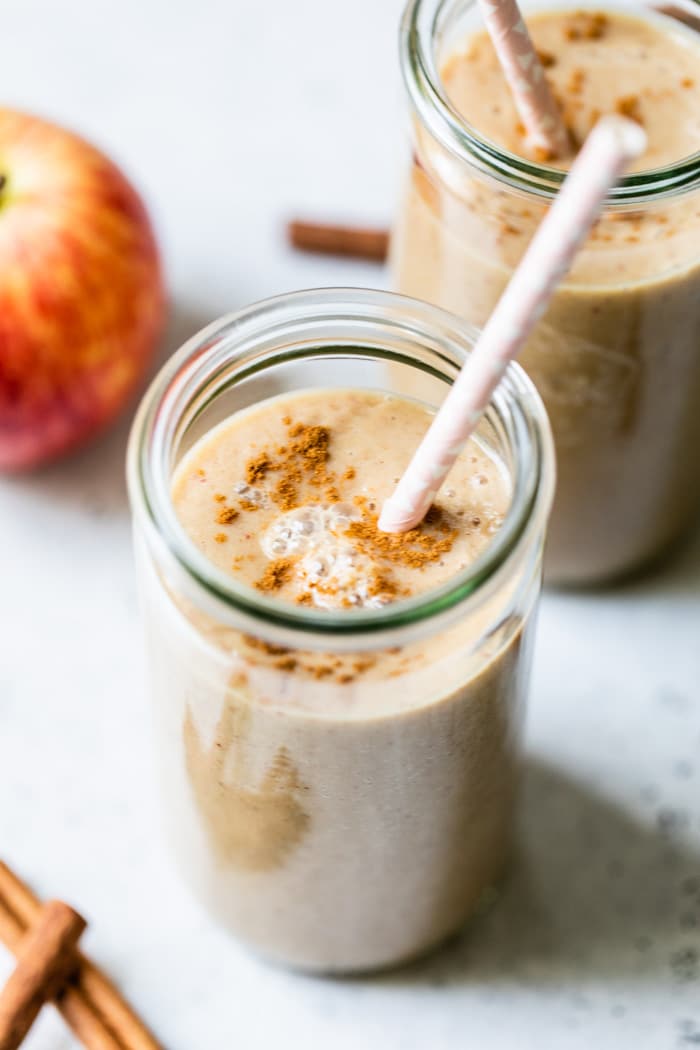 CHECK OUT THESE OTHER HEALTHY SMOOTHIE RECIPES 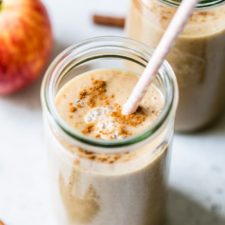 *If you don't have dates or want to use a different sweetener, you can use 2-3 tablespoon honey OR maple syrup instead.
Did you Make this Recipe? Tag me Today!Leave a comment below and tag @thealmondeater on Instagram! 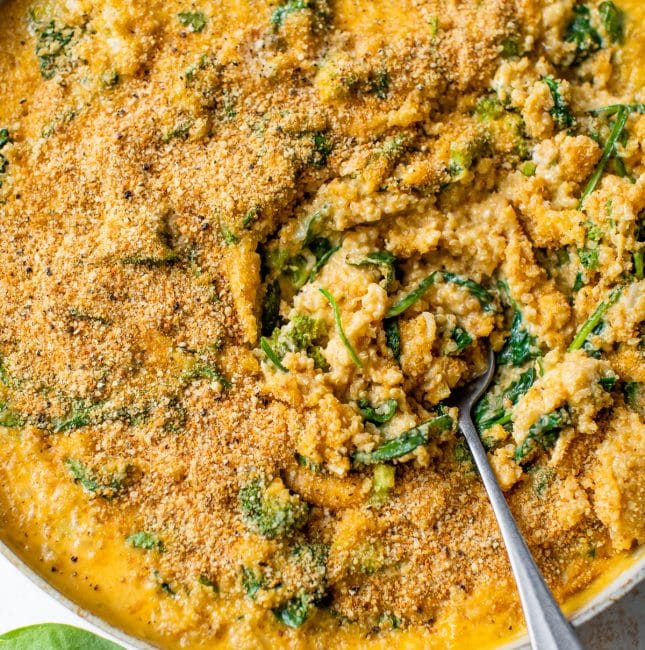 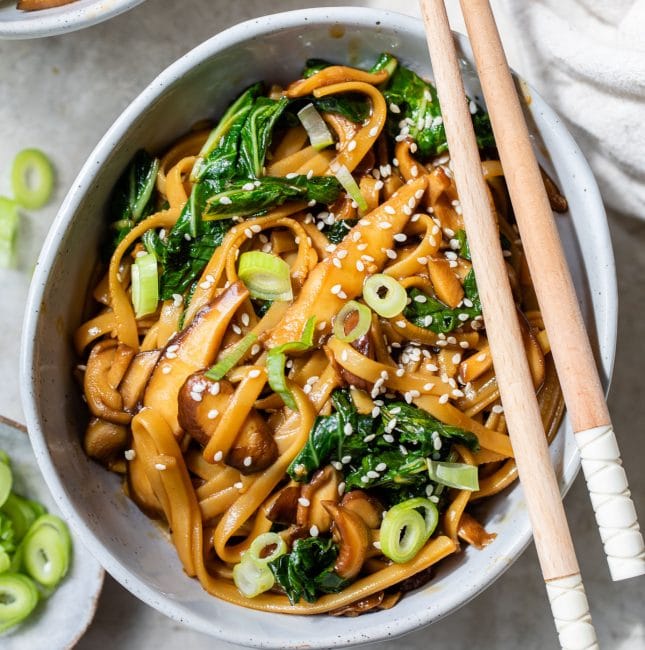