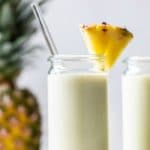 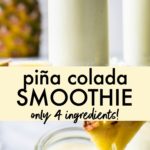 A thick and creamy Piña Colada Smoothie to satisfy your pineapple cravings! It's made with just 4 simple ingredients, it's light, refreshing yet filling at the same time, and perfect for breakfast or as a snack. 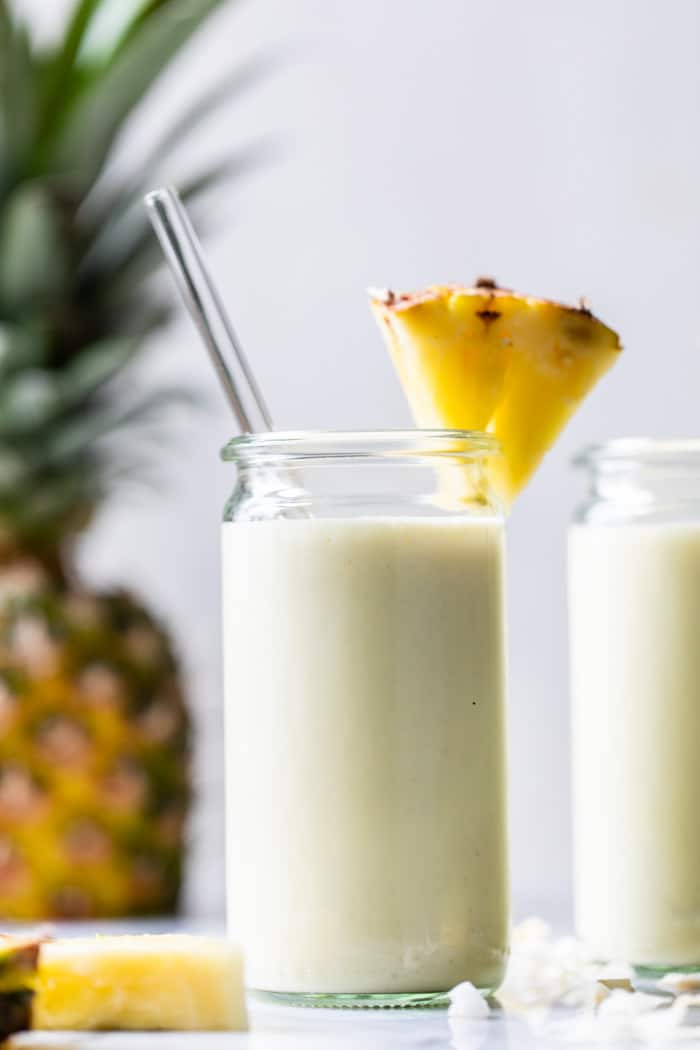 You know I love a good smoothie recipe, and this piña colada smoothie is just that! Piña coladas are such a classic cocktail, but sometimes I want the flavor of the drink without actually having alcohol. ....I know, what?! But yes, it's true. Pineapple and coconut are a winning combination, and I have a feeling you're going to adore this smoothie recipe. 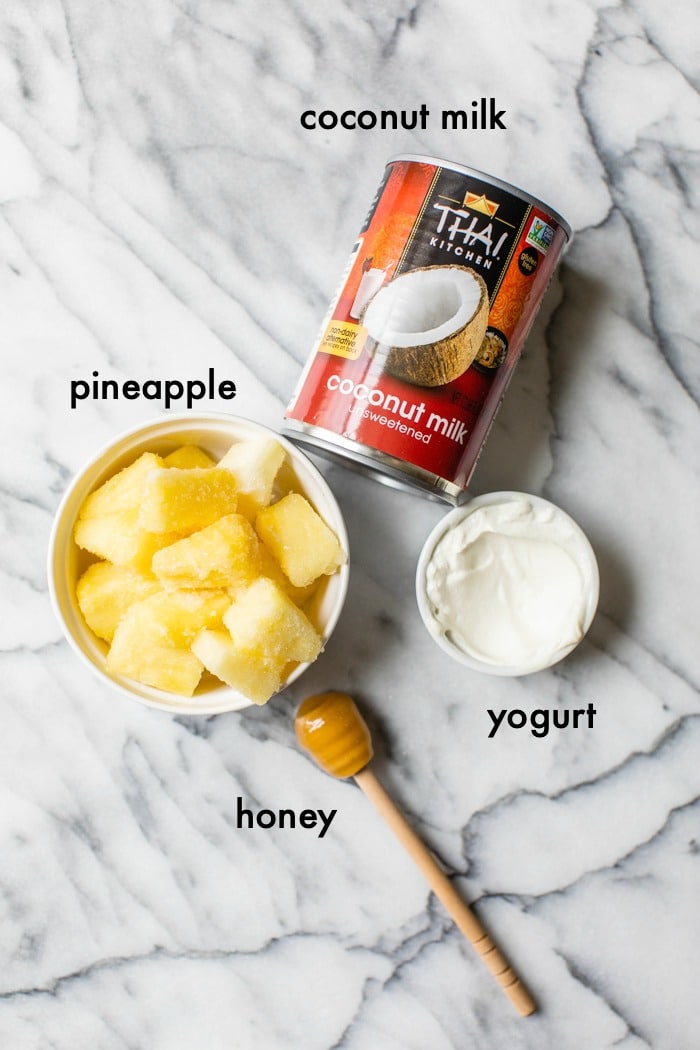 Coconut milk: I almost always have cans of coconut milk in my pantry, which is why the recipe calls for canned coconut milk. With that said, you can absolutely use coconut milk from a container if you prefer.

Yogurt: You don't need yogurt, but I think it makes this smoothie super creamy. I like using plain yogurt so that it doesn't take away from the pineapple-coconut flavor of the smoothie. Want to make it vegan? Simply add your favorite plain dairy free yogurt.

Honey: This ingredient is completely optional, but it adds a hint of sweetness that I think takes the drink to the next level.

Smoothie recipes are some of my favorites because they're incredibly easy and make for a healthy breakfast or snack. Simply add all of the ingredients to your blender and blend for at least 45 seconds. Then, pour the smoothie into a glass and drink up! 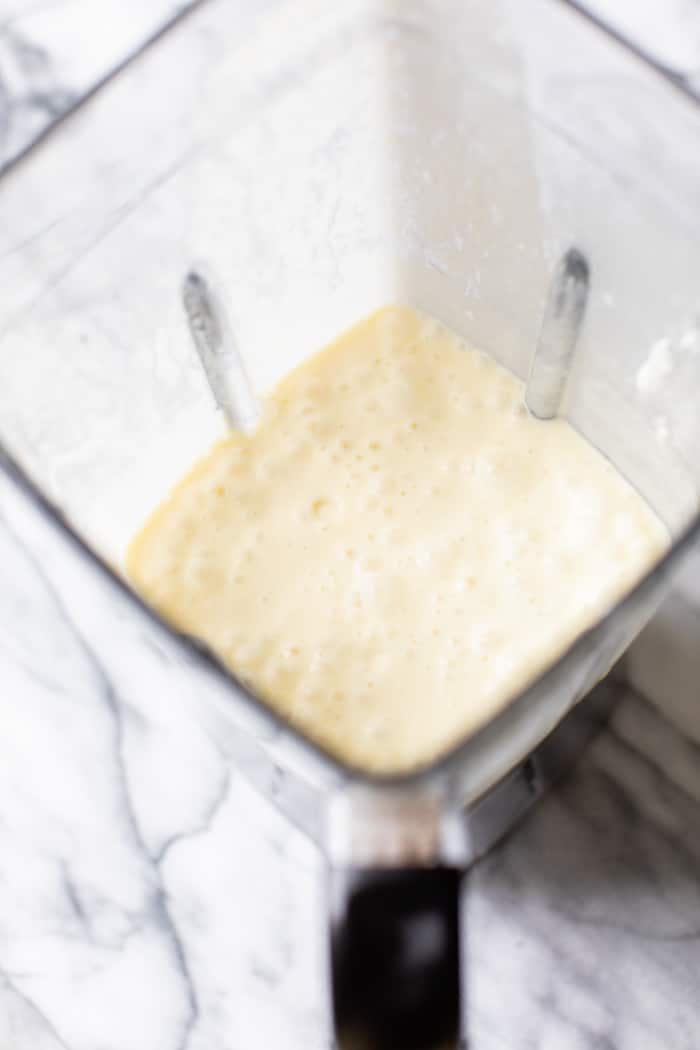 Do I have to use frozen pineapple?

Nope! I love adding frozen fruit to smoothies because it makes them super thick, plus it's more affordable. But, if you have fresh pineapple on hand, you can absolutely use that instead.

Can I use coconut milk from a container instead of a can?

Yep! Either coconut milk works, though just know that the recipe was tested with canned coconut milk.

Is this smoothie vegan-friendly?

As written, it is not. However, you can easily make it vegan by using dairy free yogurt, and either completely omitting the honey, or subbing maple syrup instead. 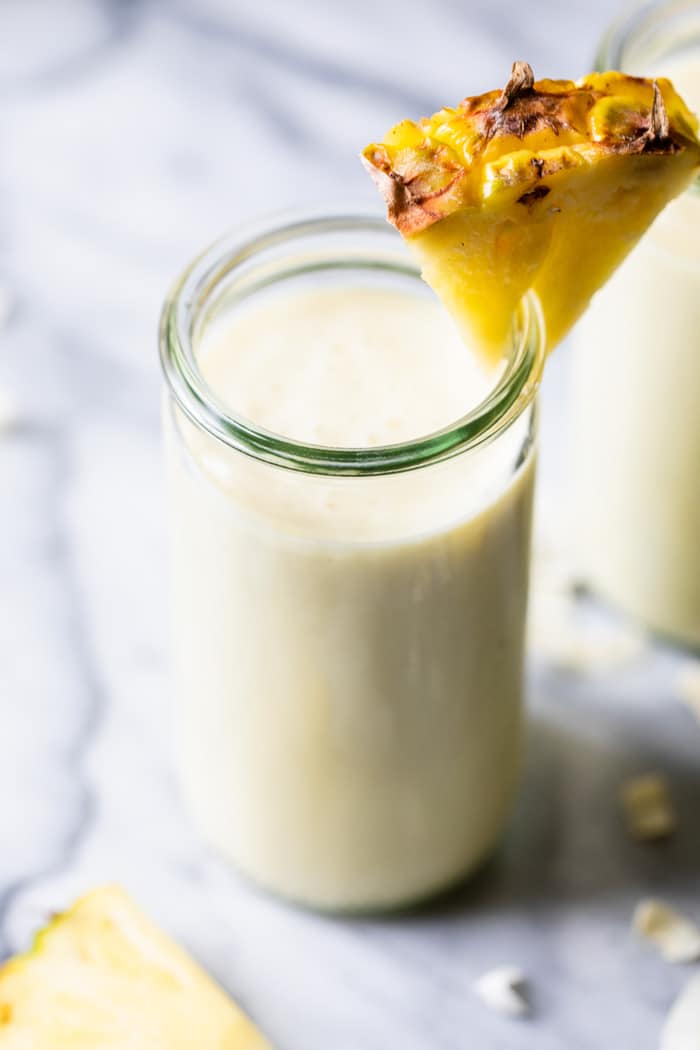 If you love this smoothie, be sure to check out these other great recipes:

If you made and loved this recipe, be sure to leave a comment and star rating below! 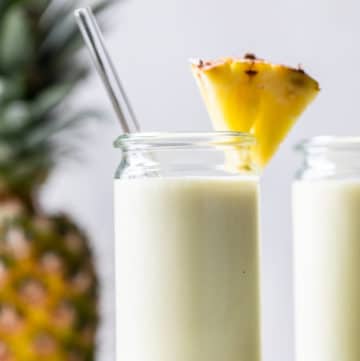 A thick and creamy Piña Colada Smoothie to satisfy your pineapple cravings! It's made with just 4 simple ingredients, it's light, refreshing yet filling at the same time, and perfect for breakfast or as a snack.
5 from 2 votes
Print Pin Rate
Prep Time: 5 minutes
Total Time: 5 minutes
Servings: 1
Author: Erin

A few notes about coconut milk: 1) You can use canned coconut milk or coconut milk from a carton. 2) If you use canned coconut milk (which is what I did), there's a chance the "creamy" part is going to be separated from the liquid-y part, so just try to get a mixture of both the cream and the liquid. The recipe on its own is not vegan, but you can easily make it vegan-friendly by using dairy free yogurt, and omitting the honey.  You can swap fresh pineapple instead of frozen if you prefer.

UPDATE NOTE: This post was originally published in July 2016. It was updated in May 2020 with new photos and text.