This guilt-free Chorizo Sweet Potato Soup is made with sweet potatoes, noodles and chorizo—it’ll quickly become your go-to soup recipe! 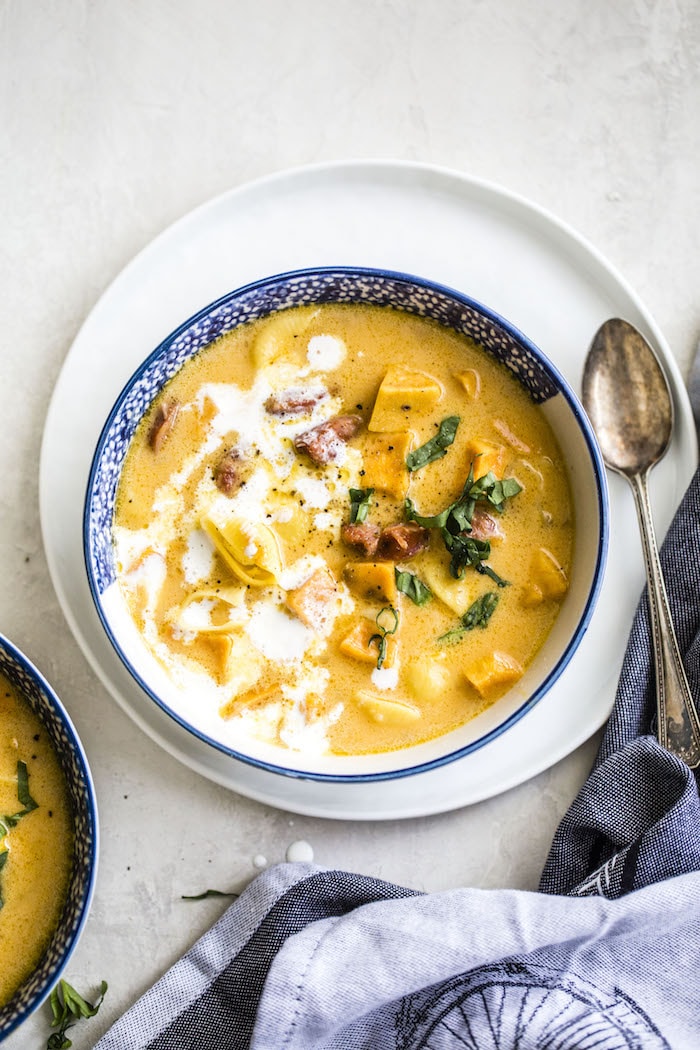 And somehow, some way, here we are: soup season! I’m not mad obviously because soup is such an easy thing to make a big batch of and enjoy as leftovers. This chorizo sweet potato soup was approved by Miguel, who likes to reminds me that he thinks sweet potatoes are “just ok”. ….which is what I thought until about two months ago. I’ve been enjoying them for the past two months, typically roasted in my cast iron skillet with some salt and pepper, and occasionally some garlic and oregano. But today…. today we’re enjoying them in soup!

Also, I just made this recipe on Monday and I’m already sharing it today because THAT’S how behind I am. Someone help me. But that’s ok right? I already disclosed that I’d probably be posting less this month, so I’m telling myself not to stress. ….clearly that’s working out really well. This recipe was 100% inspired by Jessica’s loaded baked sweet potato soup, which is also amazing.

I leave for Expo East this Thursday and I’ll be there through Saturday (let me know if you’re going!), and then next week I’m headed to Puerto Rico and I’m so, so excited. The hotel where we stay posted on Instagram that they’re back up and running, which was a huge sigh of relief for me. So anyway, yes I’m busy but I wanted to get this soup recipe to you guys to kick off soup season. 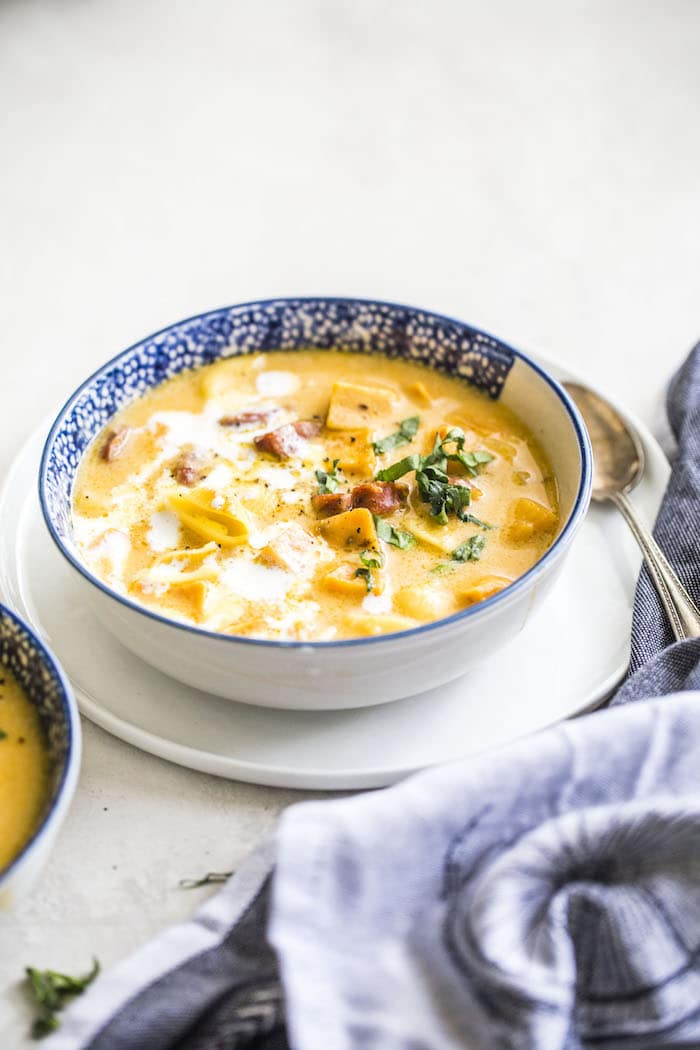 What’s in this soup, exactly? Welllllll, it has sweet potatoes, chorizo and pasta noodles (though feel free to sub in some grain-free noodles, which is what I did! All about that chickpea/quinoa/lentil pasta). The best part is that it can be as creamy or as broth-y as you prefer. I typically prefer broth-y soup with tons of STUFF, so I opted to only through about 1/3 of this soup into the blender, but you can absolutely blend the sweet potatoes up all the way for a super creamy texture. This soup should come together in about 20 minutes—YES. The only thing better than a 30 minutes meal is a 20 minute meal.

If you love sweet potatoes and chorizo, this sweet potato soup is for you! And be sure to check out this soup recipe, too! 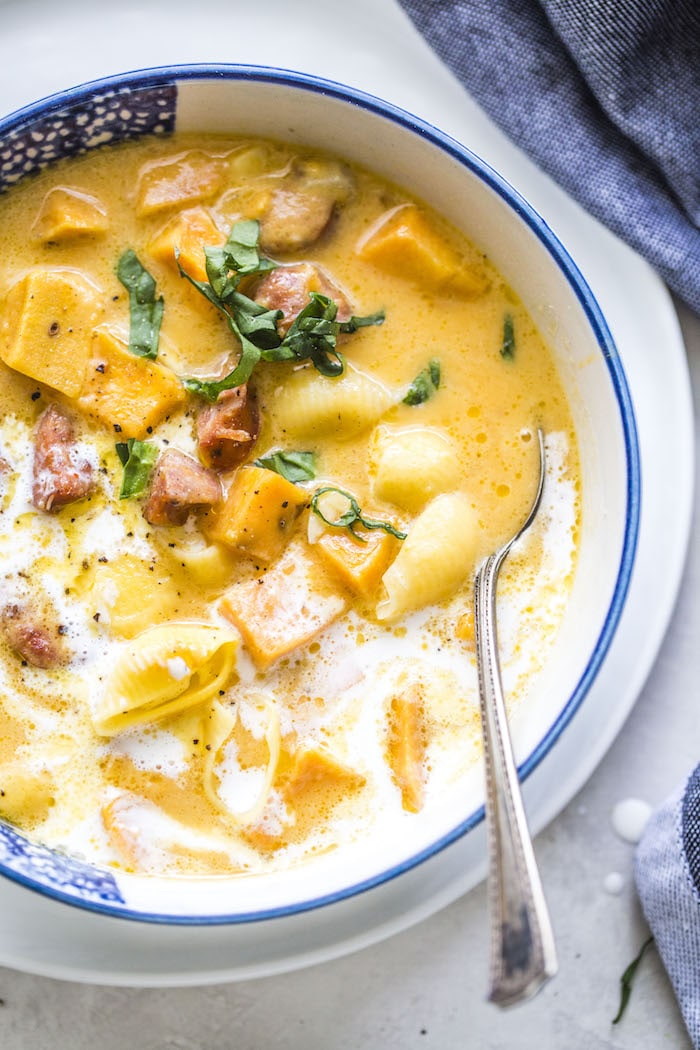 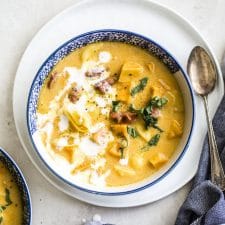