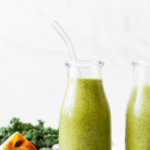 This kale smoothie is a great way to add kale to your diet. It uses peaches (or apples!) as a base, along with kale, ginger and lemon for a light, refreshing fruit smoothie recipe. 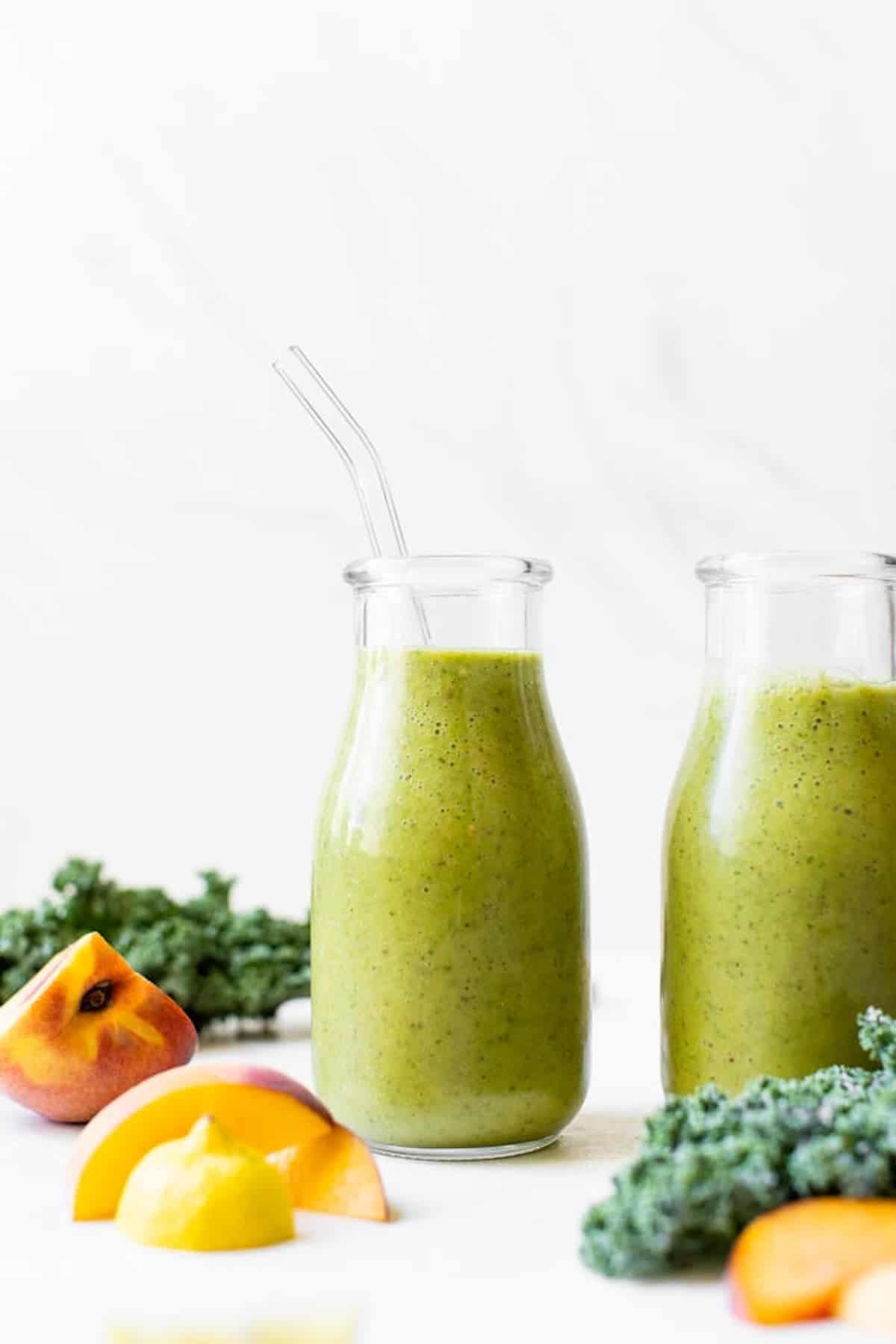 I'm such a fan of smoothies, and this kale smoothie has been on repeat recently. Smoothies are an easy way to squeeze fruits and vegetables into my diet, and though many people enjoy them for breakfast, I think they're the perfect afternoon pick-me-up.

In the past, I refused to use kale as my "greens" in smoothies because I found the flavor to be too intense. But then I realized the key is pairing it with the right ingredients and not using too much of it. A little bit goes a long way, if you know what I mean. 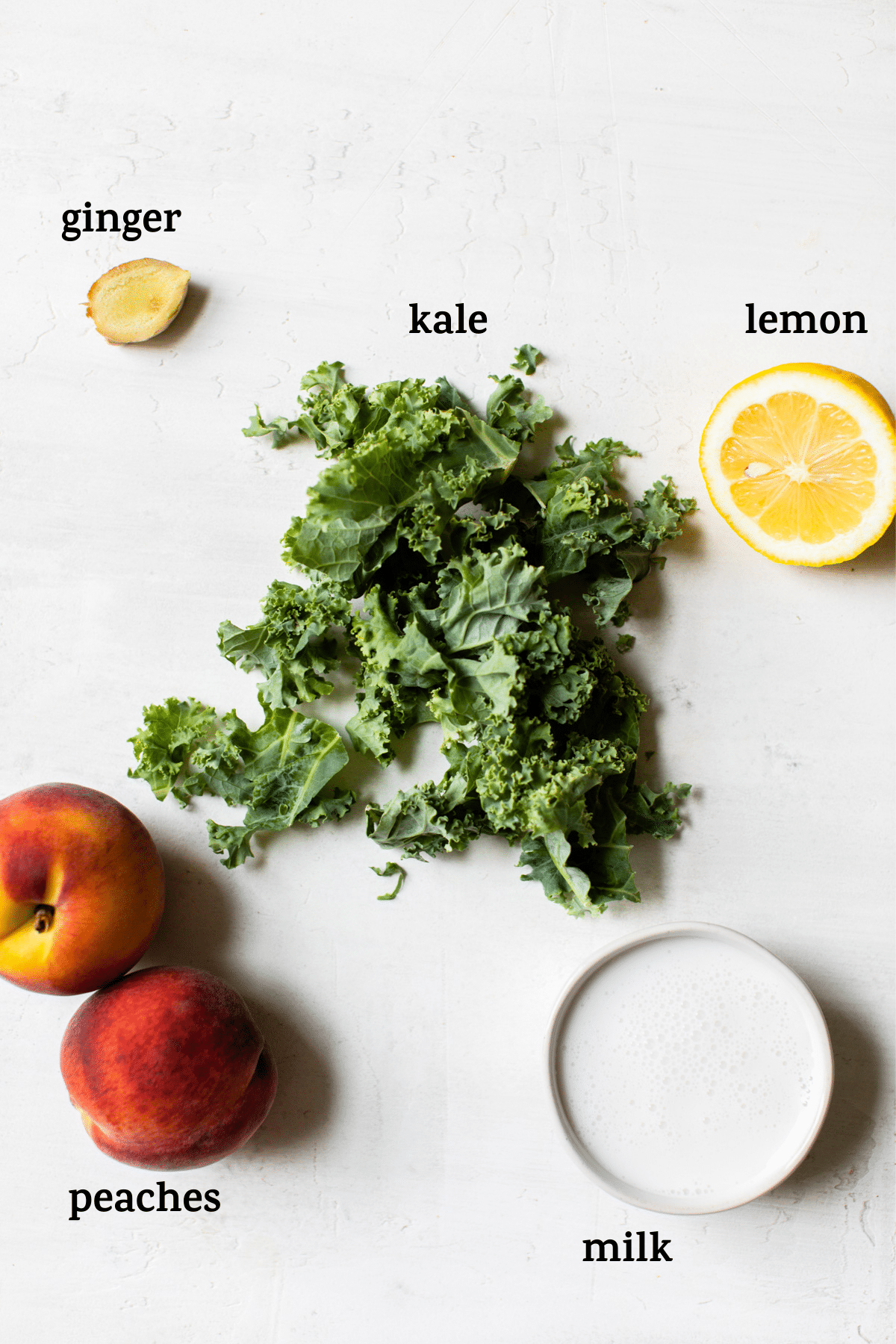 Peaches OR apples: I originally made this smoothie with peaches, but later decided that a kale smoothie should be a year-round smoothie. So, if you're making this in the summertime, peaches are the way to go. But, if you're making it in the winter, I'd opt for apples instead (both delicious options!)

Ginger: Fresh ginger in smoothies is a game-changer. I don't even peel the ginger; I just cut off a small piece (1" or so) and throw it into the blender. But, try to opt for fresh ginger vs. ground ginger because it's more nutritious and the flavor will be better.

Kale: There are different varieties of kale, but I'm going to go out on a limb and say that ANY kale is going to work, especially because we're only using 1 cup of it. If you use much more than that, the smoothie may have an overpowering taste of kale, and we don't want that.

Lemon: If there's one ingredient that you have to leave out, it's the lemon. But, I really like the "zing" it adds (if that's even a word....), and it pairs nicely with the ginger and peach and/or apple.

Milk: I almost always prefer using milk as my liquid base in smoothie recipes. But, since this is a lighter smoothie, you could use water instead. As for the kind of milk, any kind will work, though I tend to go for either oat milk or almond milk. 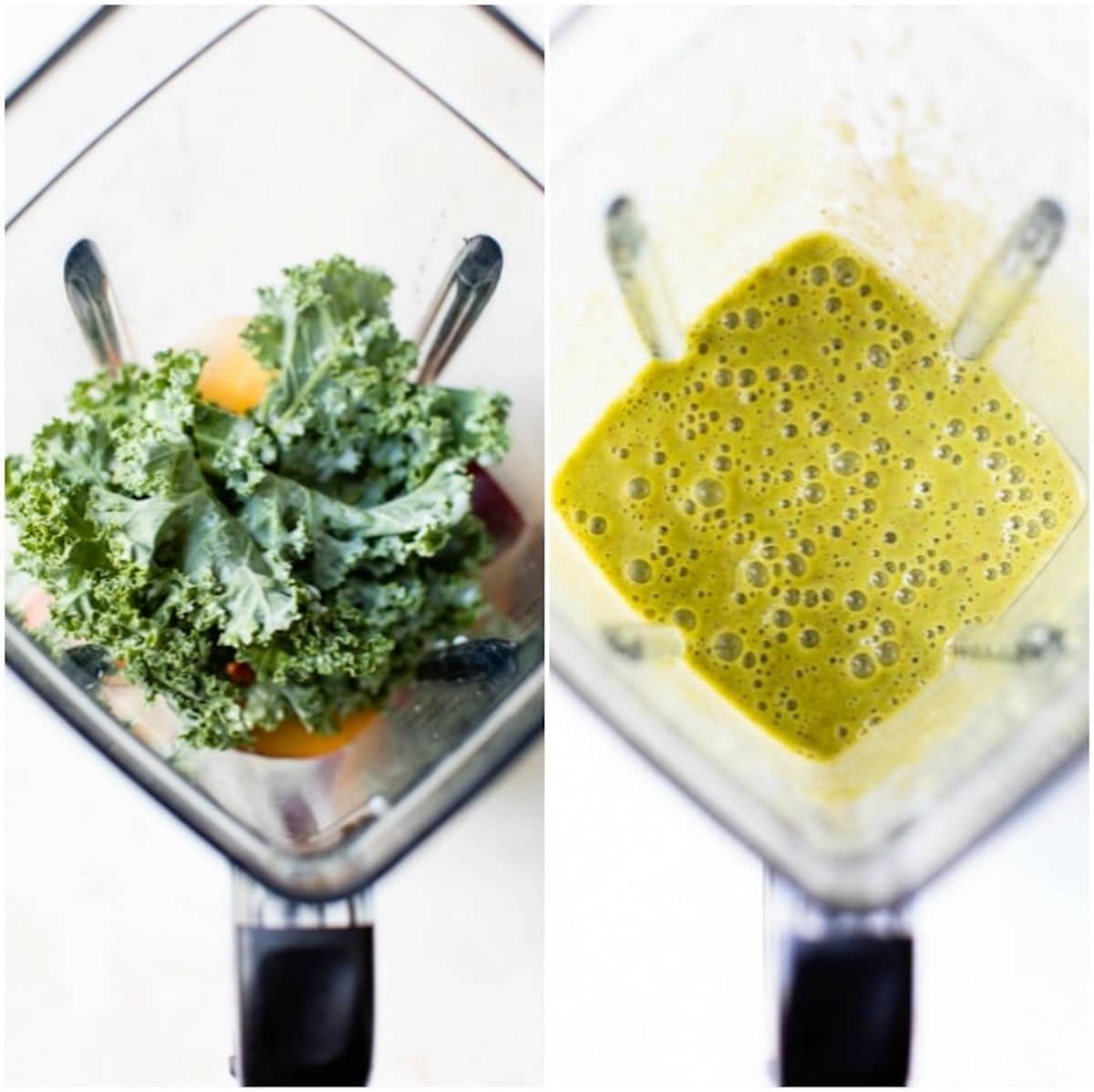 Kale might be one of the healthiest foods, which is just one of the reasons why I'm obsessed with it. It's a great source of Vitamin C and it's loaded with antioxidants. It's filled with Vitamin K and is known to lower cholesterol. Oh, and it's full of fiber, which is always a good thing.

What kind of blender should I use?

I actually have three favorite blenders! I currently only own one, but the three that I've owned and loved are the Hurom Hexa high speed blender, the KitchenAid Pro Line series blender, and the NutriBullet. 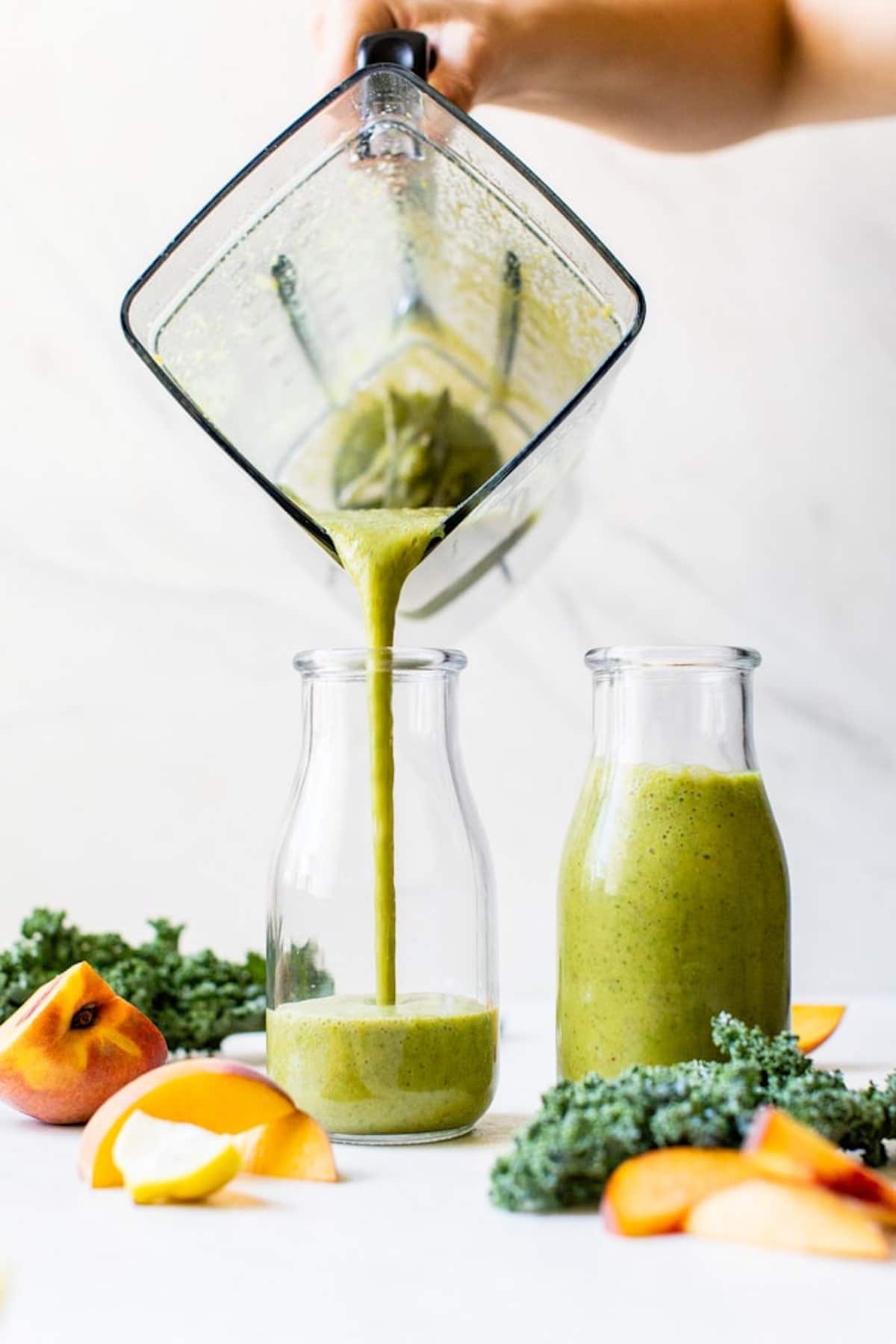 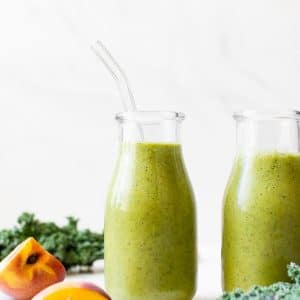 Kale is delicious in all forms, but especially in a smoothie! This Kale Smoothie is a tasty and healthy way to start the day and sneak kale into your diet.
5 from 2 votes
Print Pin Rate
Prep Time: 5 minutes
Total Time: 5 minutes
Servings: 1
Author: Erin

-If peaches aren't in season, use apples instead