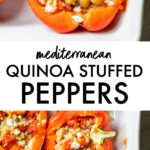 Quinoa Stuffed Peppers are an easy weeknight meal that are filled with flavors like garlic, oregano, tomatoes, and feta cheese. These peppers are a healthy vegetarian meal that's loaded with protein thanks to the quinoa. 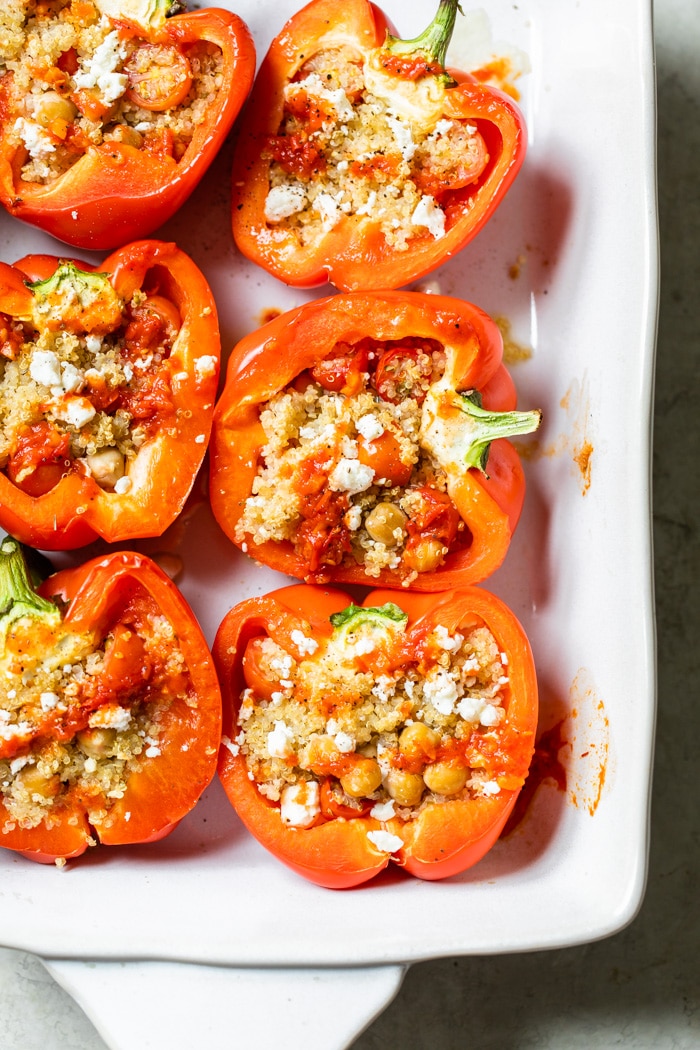 I’ve been on a mediterranean flavor kick recently—I just re-shared this mediterranean quinoa bowl recipe, which was the original inspiration behind these peppers.

These stuffed peppers are a simple good-for-you meal, perfect for Meatless Monday. These peppers are the best because: 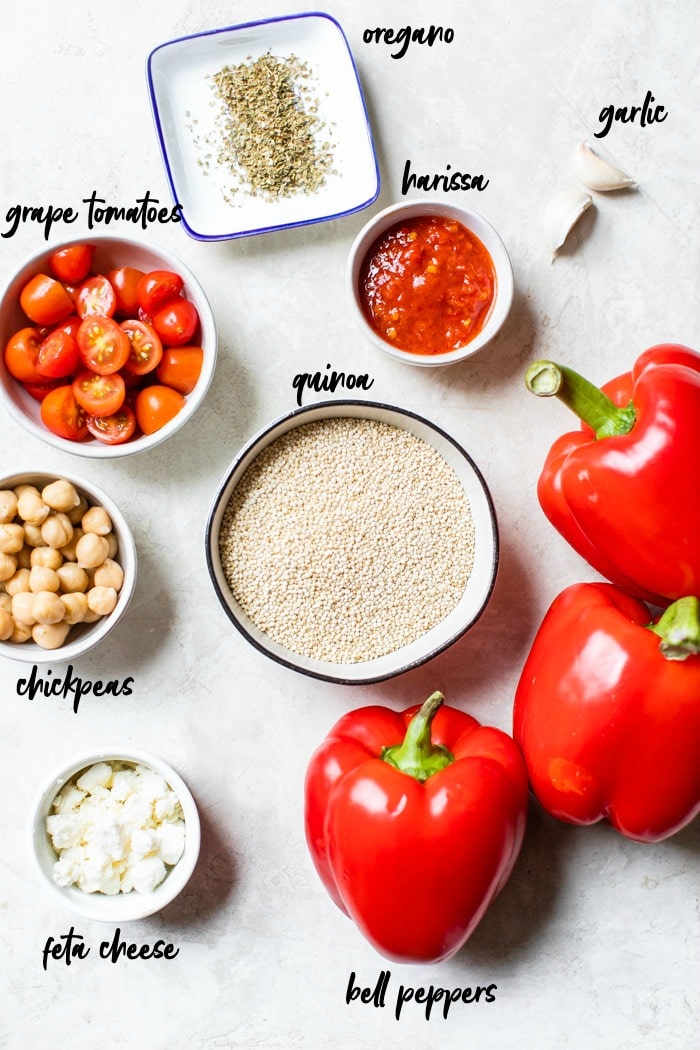 Step 1: Cook the quinoa as you normally would over the stovetop

Step 2: Slice the peppers in half length-ways, and remove the seeds. Place them cut-side up in a baking dish, drizzle with a little olive oil and set aside. 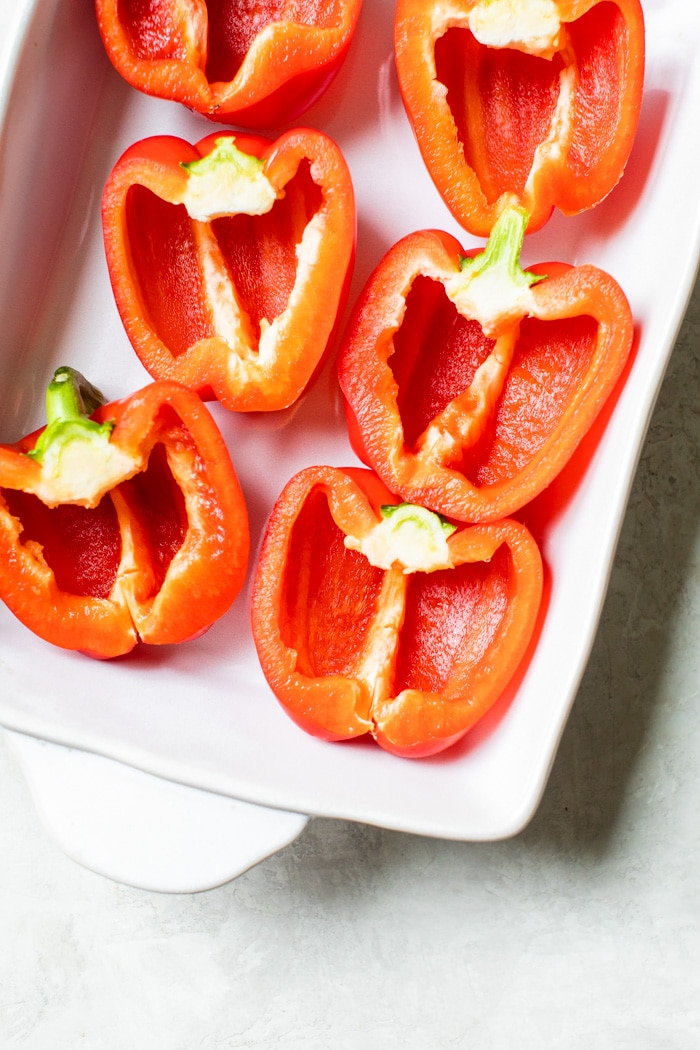 Step 3: Make the filling. Combine the cooked quinoa with the garlic, oregano, salt, chickpeas, and tomatoes and stir to combine. 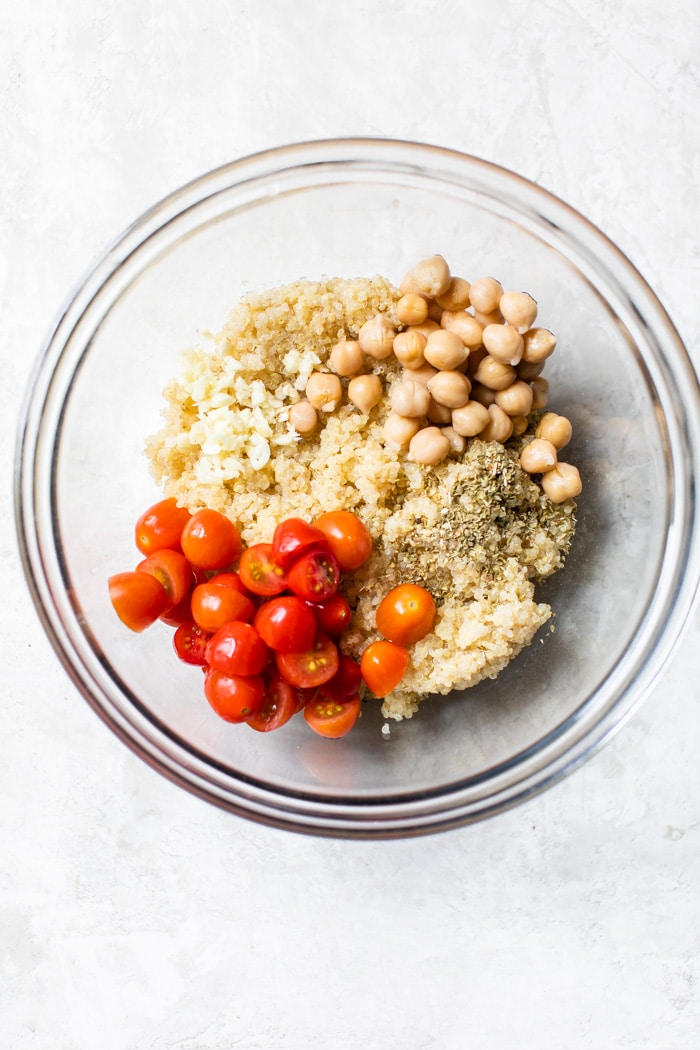 Step 4: Stuff the peppers with the quinoa mixture, then bake them for 25 minutes or until the peppers have softened. 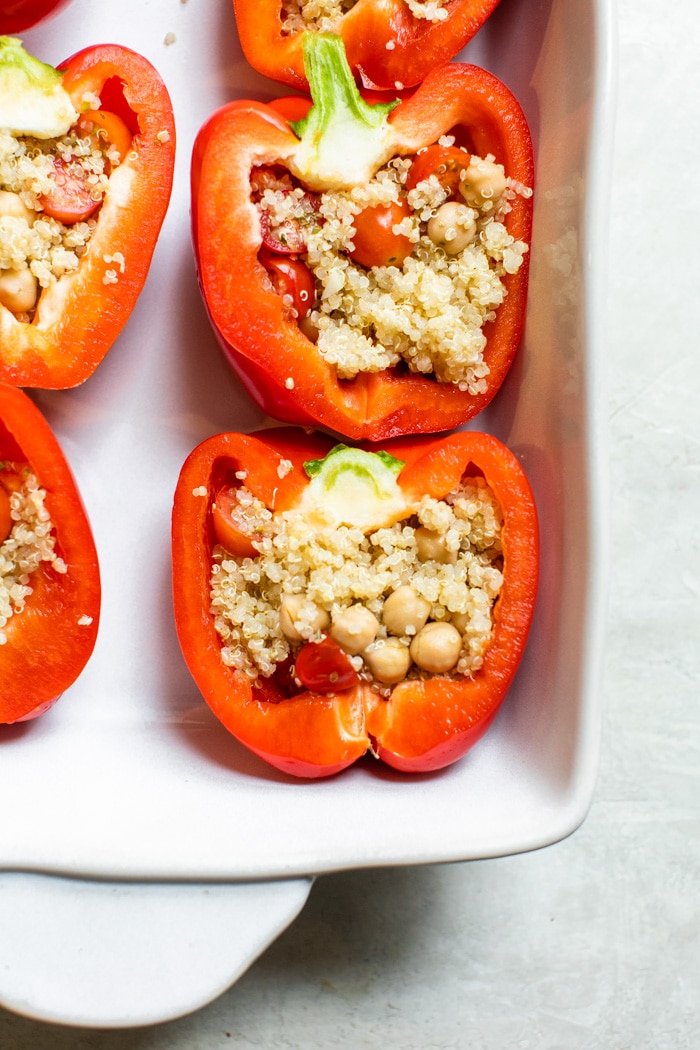 Step 5: When the peppers are done cooking, top them with feta cheese and a drizzle of harissa!

What can you stuff peppers with?

Though this recipe calls for specific ingredients, there are a LOT of things you can stuff peppers with. So, I thought I'd give you some other ideas and/or substitutions for ingredients should you need them.

Where can I find harissa?

Have you hopped on the Harissa paste train yet? Consequently, it took me awhile to do so because I found it tricky to actually find Harissa paste. But, I believe I ended up finding some at Giant Eagle and I know for a fact that you can order some online. The other good news is that a little bit goes a long way, so a jar should last you awhile.

What I’m getting at is that, if you don’t already have some in your pantry or refrigerator, you need to get some! It adds flavor and a little bit of spice to recipes (like this tomato soup) and packs a punch in these quinoa stuffed peppers as well.

Can I prep this recipe ahead of time?

You can absolutely prep the quinoa ahead of time to make this process even faster. First, make the quinoa and then store it in an air tight container in the refrigerator for up to two days. Or, if you’re making it further in advance, place it in a container in the freezer. 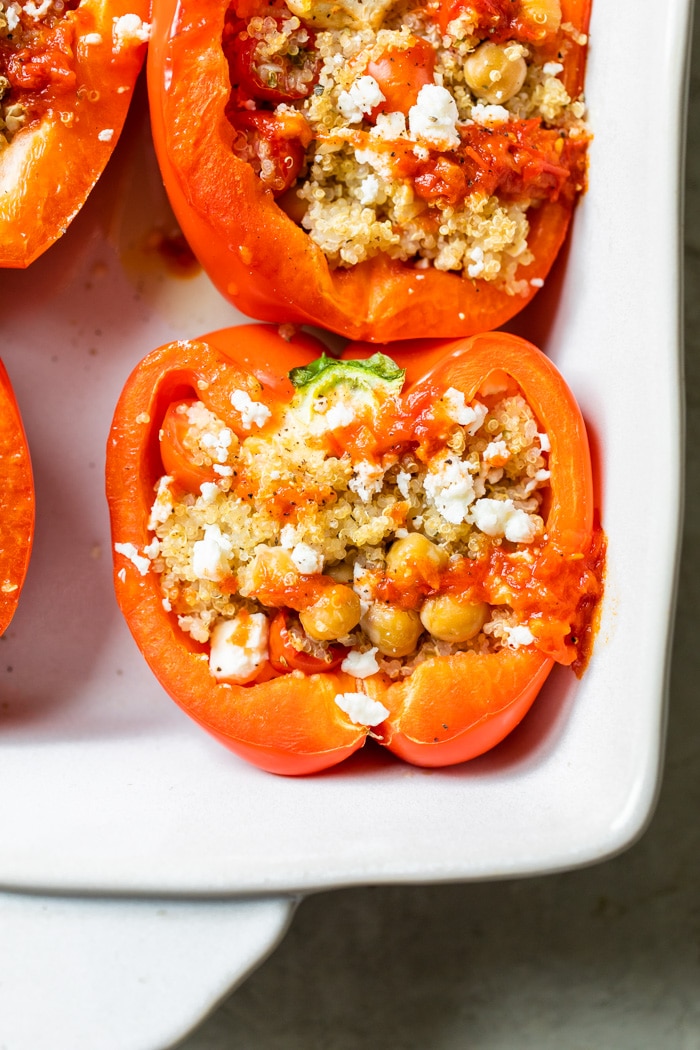 Try these other Mediterranean-inspired recipes

If you made this recipe, be sure to leave a comment and star rating below! 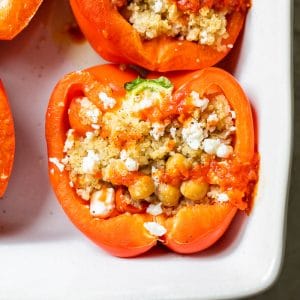 -To make harissa drizzle-able, add it to a bowl along with 2 tablespoon of water to thin it out -To prep ahead: simply make the quinoa mixture and store it in the refrigerator for up to 4 days; then, when you're ready to eat, you just have to slice, stuff and bake the peppers

UPDATE NOTE: This post was originally published in February 2019. It was updated with new text and photos in May 2020.