This Chocolate Cashew Smoothie creamy and dessert-like but completely healthy (and vegan!). It’s made with a base of soaked cashews and then combined with cacao, oats and dates for one tasty smoothie.

BOY OH BOY do I have a smoothie for you! But first, the weekend (per the usual). BUT, unlike usual I actually did stuff this weekend so you won’t just be reading about me+Layla (yay!).

My friend Myrandah and her boyfriend Jordan arrived Friday evening and we immediately went to Sienna Mercato in downtown Pittsburgh. If you haven’t been, it’s a 3-level building where the first floor is a meatball joint, the second floor is a pizza restaurant and the third floor is a rooftop bar. We went straight up to the rooftop and enjoyed a drink or two before heading to a nearby restaurant called Ten Penny for some appetizers. Truffle fries gahhhh–I’m still dreaming about them.

The next morning, Myra and I went to barre class (I taught, she took) and then we met Miguel and Jordan at the dog park, where they had been with Layla. It FINALLY stopped raining for a day so we were able to be outside for a good portion of the day which was so, so nice and seriously needed. We spent the afternoon eating pizza and pasta at Il Pizzaiolo followed by a cookout at one of Miguel’s coworkers houses. SO MUCH FOOD—it was so good. Actually, the entire weekend could be summed up in those three words.

Following the cookout, the four of us headed up to Mount Washington to watch the fireworks. If you’re not from Pittsburgh, Mount Washington is a mountain that overlooks the entire city and it’s always my #1 recommendation of what people who are only visiting for a day should do. We somehow found a little hidden area away from everyone else to watch them which was kind of cool! The view on Mount Washington is the best (in my opinion), but there are typically a LOT of people around, so it was nice to kind of get away from the crowd.

The weekend ended with a delicious Sunday morning brunch at Harris Grill before Myra and Jordan headed home. It was a REALLY great weekend and we all couldn’t stop saying what a great weekend we had. Eventful, yet relaxing too.

But now, this smoothie.

If you’re anything like me, I’m going to guess you didn’t eat super duper healthy over the weekend. I mean, I didn’t eat terribly, but I did drink a lot of alcohol so… you get my drift. That being said, my body is ready to consume healthful foods all week long, including this smoothie! It’s healthy—like, super healthy—but you wouldn’t even know it. My goal is a smooth transition from Fourth of July weekend foods to regular work week foods, starting with this smoothie made from cashews.

Right after I typed that I immediately felt like I was cheating on almonds. I’m sorry almonds, but cashews are the star of today’s show.

So yes, the base of this smoothie is made from SOAKED cashews. The soaked part is important for multiple reasons, but for the sake of the length of this post, I’ll just say that the soaked cashews help to create cashew milk more easily and therefore you won’t need to add any other liquid to the smoothie. Along with soaked cashews, it includes oats, cacao, dates, maple syrup, and chia seeds. A RECIPE for success if you ask me! 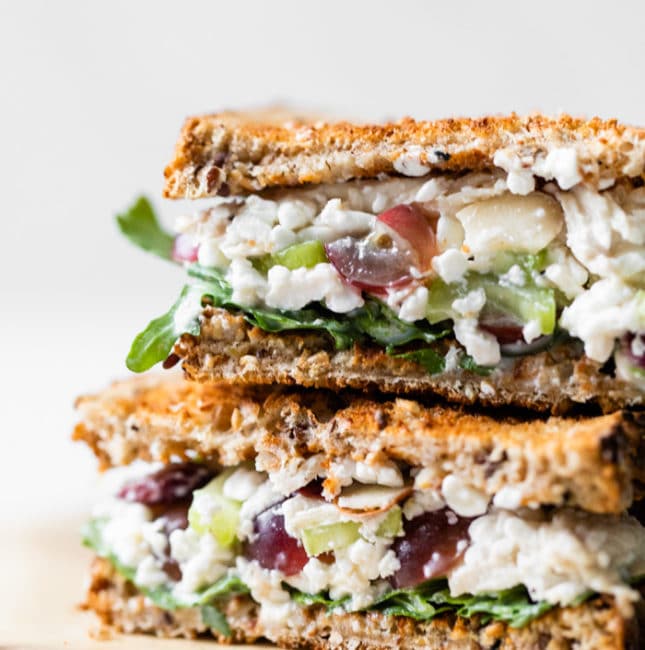