It’s Friday, Friday, FRIDAYYYYYY. Why Rebecca Black just popped in my head is beyond me, but she did. What ever happened to her anyway? I wonder what she’s doing right now… Ok not important. What’s important is that it’s FRIDAY, which is inevitably pizza night for many people. 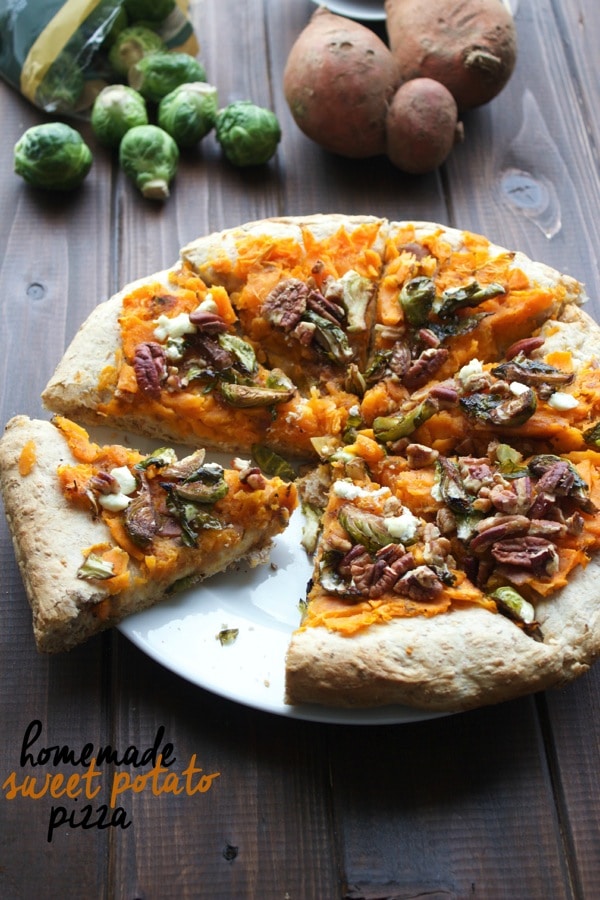 I wouldn’t say Miguel and I eat pizza every Friday night—probably more like most Friday nights. As much as I like traditional pepperoni pizza, it’s fun to switch it up sometimes. Like sweet potato pizza, for example. Since Miguel doesn’t like sweet potatoes (um…weirdo), Angela (link) and I demolished the pizza ourselves. I certainly wasn’t mad about it, and I don’t think she was either.

Now I had every intention of making the crust myself. Ok not really, but I was going to buy the dough and then roll it out myself but guess what??! Whole Food was out of pizza dough. I didn’t even know that was possible. Instead, I opted for this gluten free pizza crust, which was pretty darn good in my opinion. 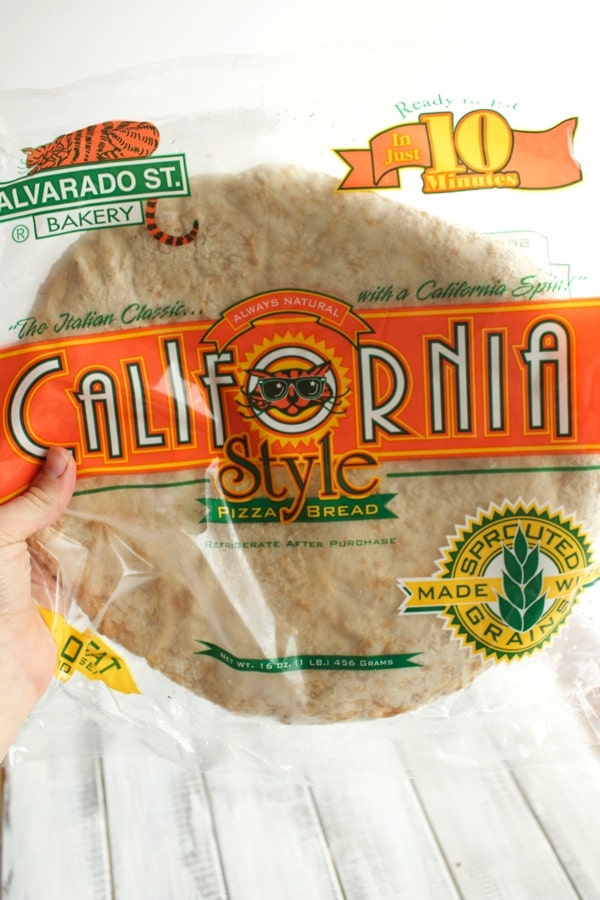 I feel like I crave sweet potatoes every fall, but besides sweet potatoes I’ve been on a serious brussels sprouts kick lately. I don’t know what’s gotten into me, but I hope whatever it is never goes away. I topped the pizza with brussels sprouts because I had/still have an abundance of them and I figured why not? …kind of like an ‘everything but the kitchen sink’ pizza, because I also topped it with goat cheese which I was running low on and pecans because sweet potatoes+pecans=perfection. 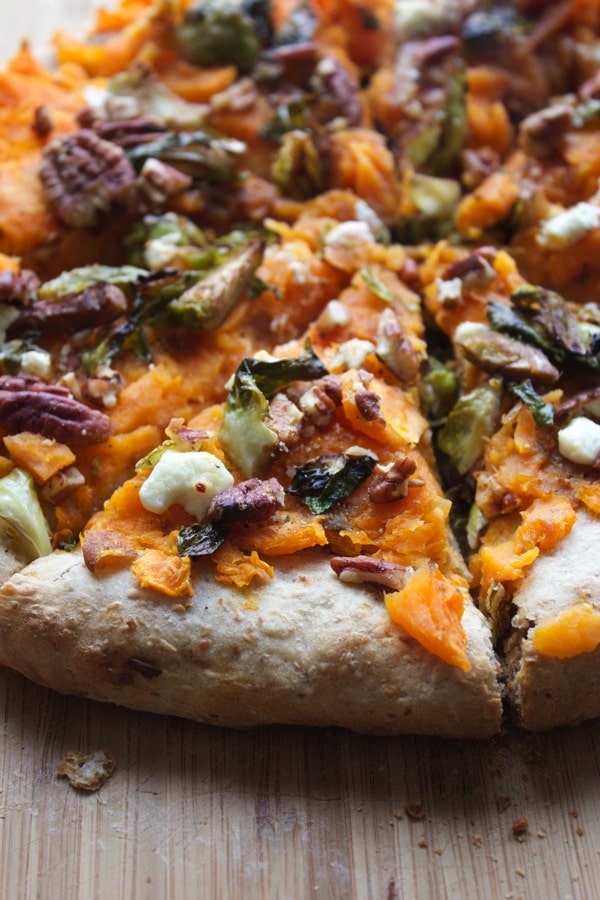 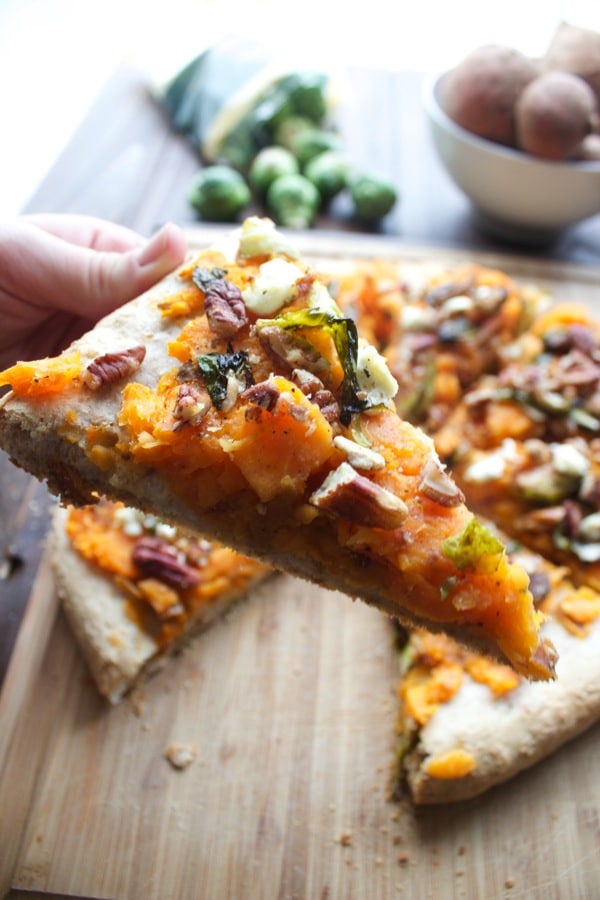 You know I love almonds, but pecans are just so fall, specially November. Yes, I just gave pecans a season (if they didn’t already have one). This pizza essentially summarizes all of my current food cravings sooo—enjoy! 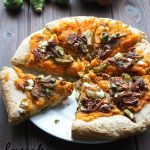