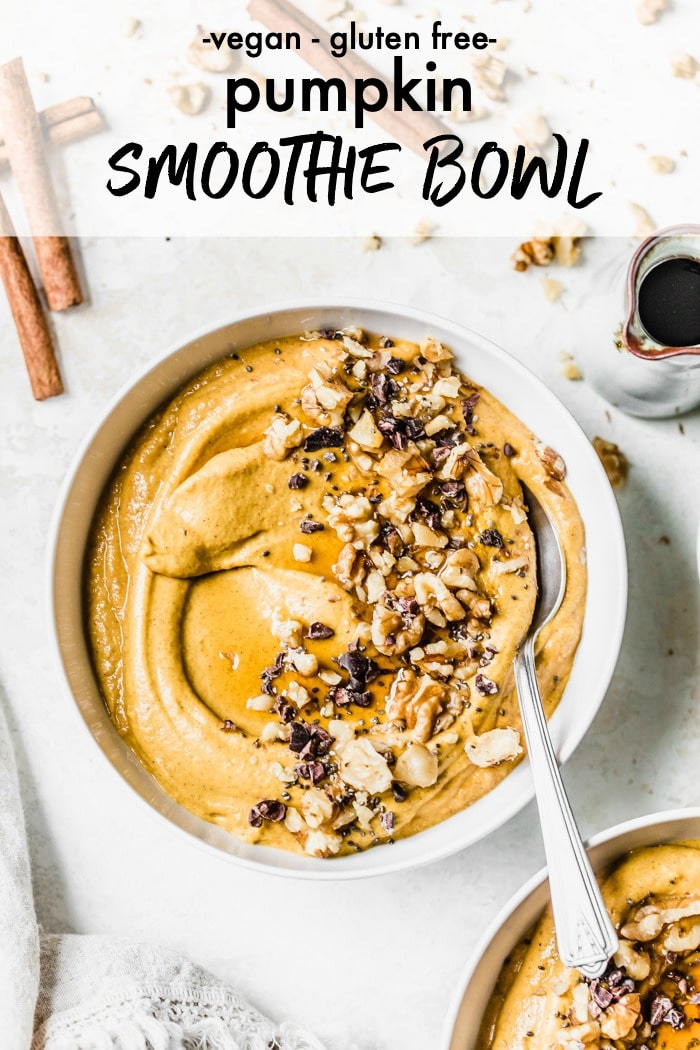 What do I mean by "this recipe has been improved"? Well, the original recipe used banana as a base, but after remaking it recently, I decided that the banana flavor was overpowering, so I decided to make it with cashews as the base instead.

THIS SMOOTHIE BOWL IS: 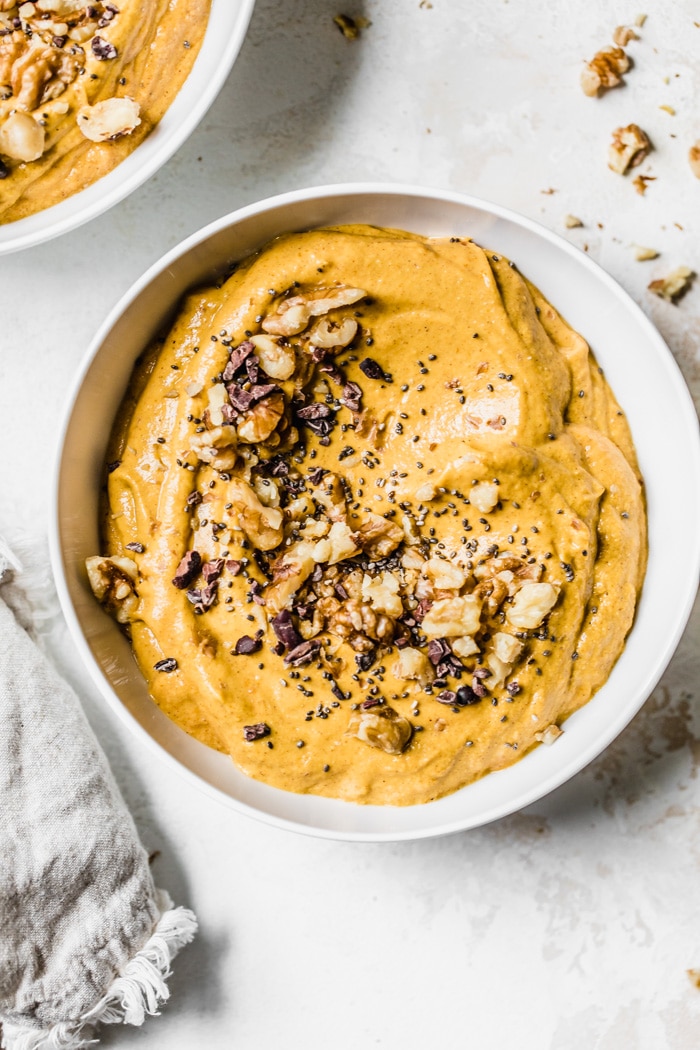 WHAT MAKES A GOOD SMOOTHIE BOWL?

Texture is everything when it comes to smoothie bowls. You want them to be thick enough to eat with a spoon, but they can't be so thick that you're unable to blend them in your blender. For this recipe I recommend throwing in 5-6 ice cubes, which will help to turn the smoothie into a smoothie bowl.

Besides ice, the smoothie starts with cashews. If you've used cashews as a base in a recipe before, then you know that in order to get a creamy texture, it's best if the cashews are soaked. What does this mean? It simply meals that before making the smoothie bowl, you should pour the cashews into a bowl and cover them with water for at least an hour. If you're craving a smoothie bowl RIGHT NOW (I get it), you can boil the cashews for 20 minutes. This helps them blend up in your blender and you won't be left with cashew bits.

Besides cashews, this healthy smoothie bowl uses canned pumpkin--make sure to use pure pumpkin and not pumpkin pie mix--and your milk of choice. I tend to use almond or oat milk, but any kind will work. So, those are the *main* ingredients, but what about the flavor? In order to make this pumpkin smoothie bowl really taste like pumpkin pie, you need to add maple syrup, cinnamon and nutmeg.

Last comes the toppings: you can top this smoothie bowl with anything, really, but I recommend walnuts, chia seeds, cacao nibs and/or chocolate chips, and maybe even a few apple slices. 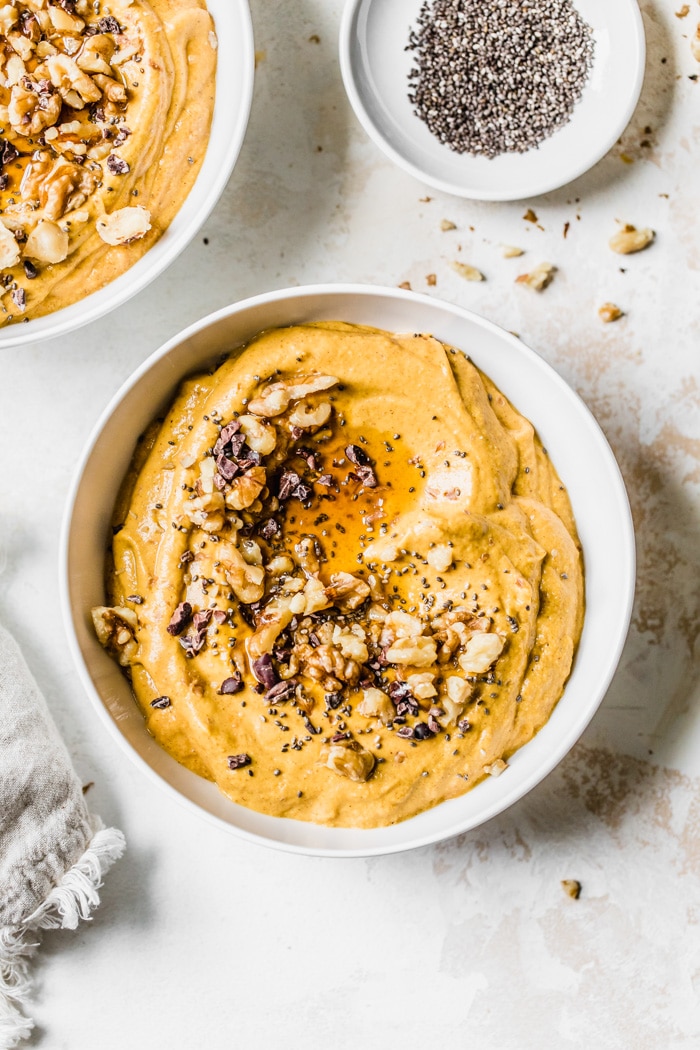 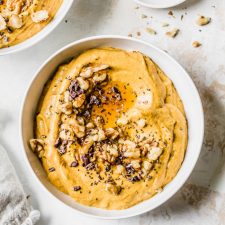 *Cashews blend best if they're soaked beforehand. So, try to soak them for at least an hour before blending them. Alternatively, you can boil them for 20 minutes and then add them to the blender. **Make sure to use pure pumpkin, not any pumpkin pie mix.
Did you Make this Recipe? Tag me Today!Leave a comment below and tag @thealmondeater on Instagram!
« Where to Eat in San Juan, Puerto Rico
Garlic Broccoli Steaks »