I know, FINALLY. The hilarious thing is that, now that it’s been a month since our honeymoon, I can’t remember as much of what we did. Like, it probably would have been intelligent if I would have written this post right after we got back from our trip buuuuut nope. Help me. I’m going to do my best at recalling our magical, wonderful European honeymoon for you in two parts because I have a feeling I’m going to get a little chatty.

This was my first time and Miguel’s second time in Europe, so we were both pretty excited about this trip, and the fact that it was our honeymoon was a bonus. We arrived in Rome early on a Thursday and from there, we took a train to Naples. Once we arrived in Naples, we were immediately picked up by a driver from our hotel in the Amalfi Coast. The drive was about an hour, but I was so jet-lagged I slept almost the entire way there, though Miguel did manage to wake me up once we arrived on the coast. If you’ve ever been then you know what I’m talking about when I say that A) the roads are crazy and the drivers are even crazier (I’m talking like, we’re driving on the edge of a cliff and the driver(s) still manage to pass other cars on the twisty one-lane roads) and B) the views are beyond gorgeous.

Miguel and I opted to stay in Positano rather than Amalfi—I had done some research and after lots of Googling decided Positano was the “prettiest” and had “a lot to do”. To be honest, I’m sure Amalfi has a lot to do too, but I DO think Positano is the prettiest, though I’m a tad biased. We arrived at our hotel—La Casa di Peppe—and luckily there weren’t too many steps required to get there, unlike some hotels, where you have to climb flights upon flights of steps with your luggage just to get to the entrance.

I have no idea how I heard about La Casa di Peppe, but I’m so glad we decided to stay there. It’s a family owned and run 6-room hotel that overlooks the coast. It has a beach-y feel and, though the rooms are similar, they each have something different about them. I especially loved that continental breakfast was made every morning and tables and chairs were set up on the terrace for guests to enjoy their first meal of the day. If you didn’t already know, Italians love carbs, so I was alllllll about croissants for breakfast! I also loved it because it was only a 15 minute walk both to the main beach and a smaller beach. No matter where you stay, expect LOTS of steps—I’m talking like 400 or so, and our hotel was somewhere in the middle of the spectrum in regards to how high up we were on the cliff.

I don’t remember much about that first day because we were SO exhausted. I remember getting lunch at a restaurant along the beach and then going back to our room and napping for approximately four hours. Ha, whoops! No regrets though—we needed the sleep. I do remember going to Il Fornillo for dinner and loving it. We had a beautiful view of the Mediterranean and there was live music, too. Afterward, Miguel wanted to watch soccer so we headed to an outdoor patio with a TV and had a few drinks at La Zagara, which was somewhere between our hotel and the beach.

The next day we decided to be more adventurous, so after breakfast we headed down to the beach to catch some sun and just be by the water. It was beautiful and lively and the beaches weren’t as crowded as I thought they’d be considering it was peak travel season. To be honest, Miguel and I aren’t the best at just lounging around, so after about an hour we both started getting a bit antsy, so we spontaneously decided to catch a ferry to Capri, an island about 45 minutes from Positano. We spent the afternoon there eating and exploring and enjoying the views. There’s even an incline in Capri pretty similar to the incline in Pittsburgh, which we both thought was pretty “neat” <—Miguel’s favorite word. While up on Capri, we stumbled upon the Charterhouse of St. Giacomo, the oldest historic building in Capri. Besides eating lunch and exploring, we also enjoyed gelato as an afternoon snack. …except we ended up making a habit of that and enjoying it every day. The Italians take their gelato pretty seriously, which is something we could both get on board with.

After a full day in Capri, we took the ferry back to Positano and decided we wanted to go out. Again, I have no idea where we went for dinner, but I do remember grabbing a drink at Franco’s Bar, a chic restaurant/bar with an outdoor patio that overlooked the water. At this point, it was only about 9 pm and neither of us were tired, so we made our way to Fly Lounge Bar, a third floor bar that—you guessed it—overlooked the water, where we ended up meeting two girls from Austin, Texas and a couple from Washington DC. We all enjoyed drinks and chatted about Europe—it was cool getting to meet other Americans equally as excited to be spending the next few days exploring Italy. A few hours passed before we headed down to the second level to Music on the Rocks, a dance club. I’m not much of a club person, but that night was so much fun, despite the fact that they were playing mostly 90s and early 2000s songs (some good, some terrible for dancing).

The next morning I woke up with the worst hangover of my life. Cool Erin. Miguel and I had made a reservation to be out on a boat all day on our final day in Positano, but I was feeling so horrible that we were going to cancel. However, when Miguel called to cancel he found out that we had actually booked a private boat tour (as opposed to a group one), so canceling was going to cost us a pretty penny. In the end, I decided to suck it up and get on the boat, because if I was going to be super hungover, at least it was just going to be around Miguel and not a bunch of strangers.

The boat tour was AMAZING and hands down one of the coolest things I’ve ever done in my life. The boat we took was called Sea Living Positano and I highly recommend it! The boat was huge and could have comfortably sat 12 people but we had it all to ourselves, which made it even better. The tour lasted about five hours and throughout that time, we got to see the entire Amalfi Coast (Positano, Amalfi, Ravello, Praiano, Maiori, Minori, Sorrento), we were able to get out and swim a few times (except Miguel can’t actually swim… lol) and we even ate at a sea-side seafood restaurant for lunch. Like I said, all and all just COOL.

After returning back to Positano we decided to grab a quick (though nothing is actually quick… restaurant service in Amalfi is slooooow compared to the states) meal at Il Fornillo again and I got the ravioli again because that’s how good it was. After that, we went back to our room and binged Orange is the New Black because we were exhausted and because we didn’t get a chance to watch it in June when the season was released.

And that was it! The next morning we woke up, had a driver take us to the train station in Naples and from there we took a train from Naples to Rome. I think you can now see why I’m breaking this into two parts—stay tuned for the recap of Rome and enjoy a handful of photos, some taken with my DSLR and some with my iPhone. 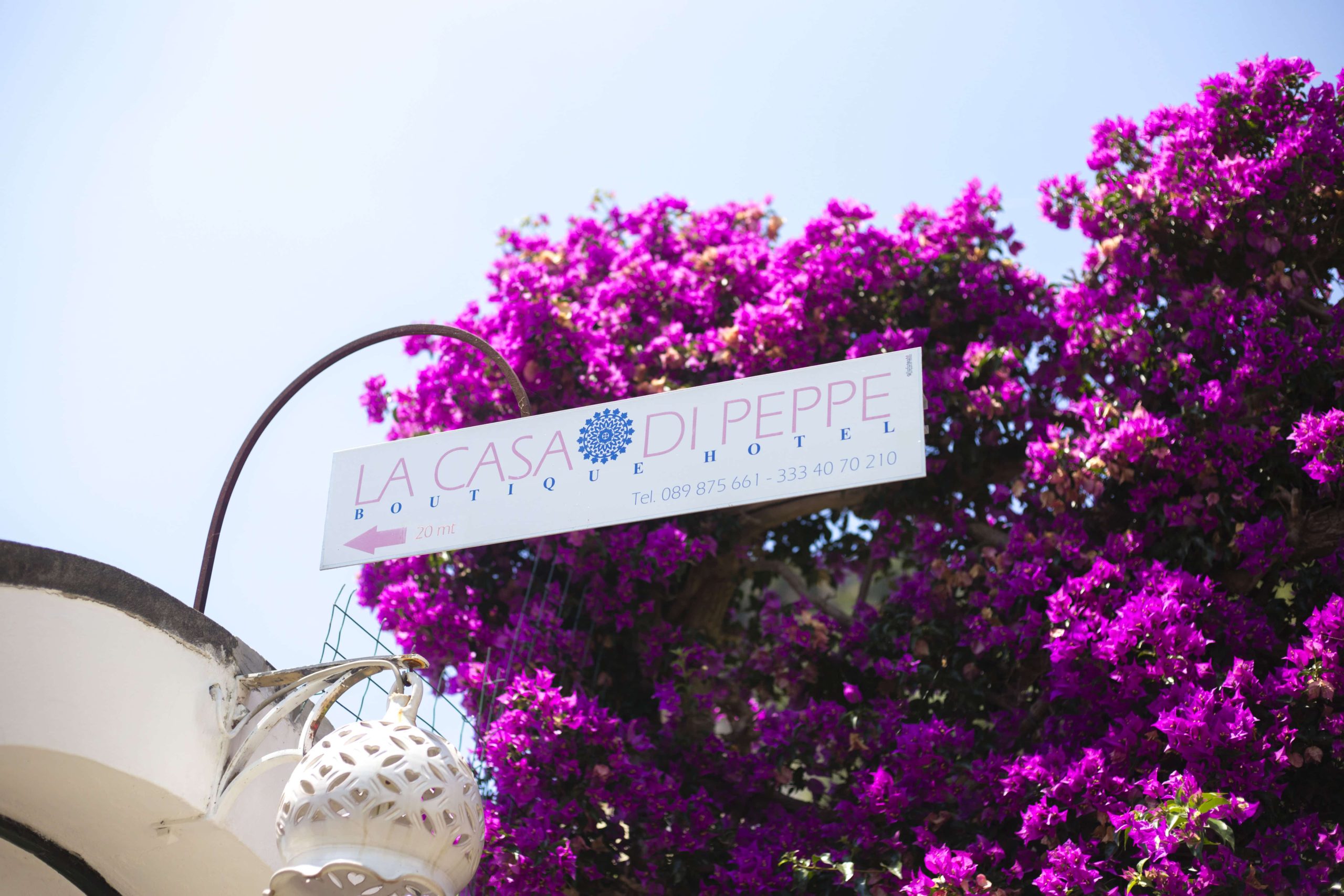 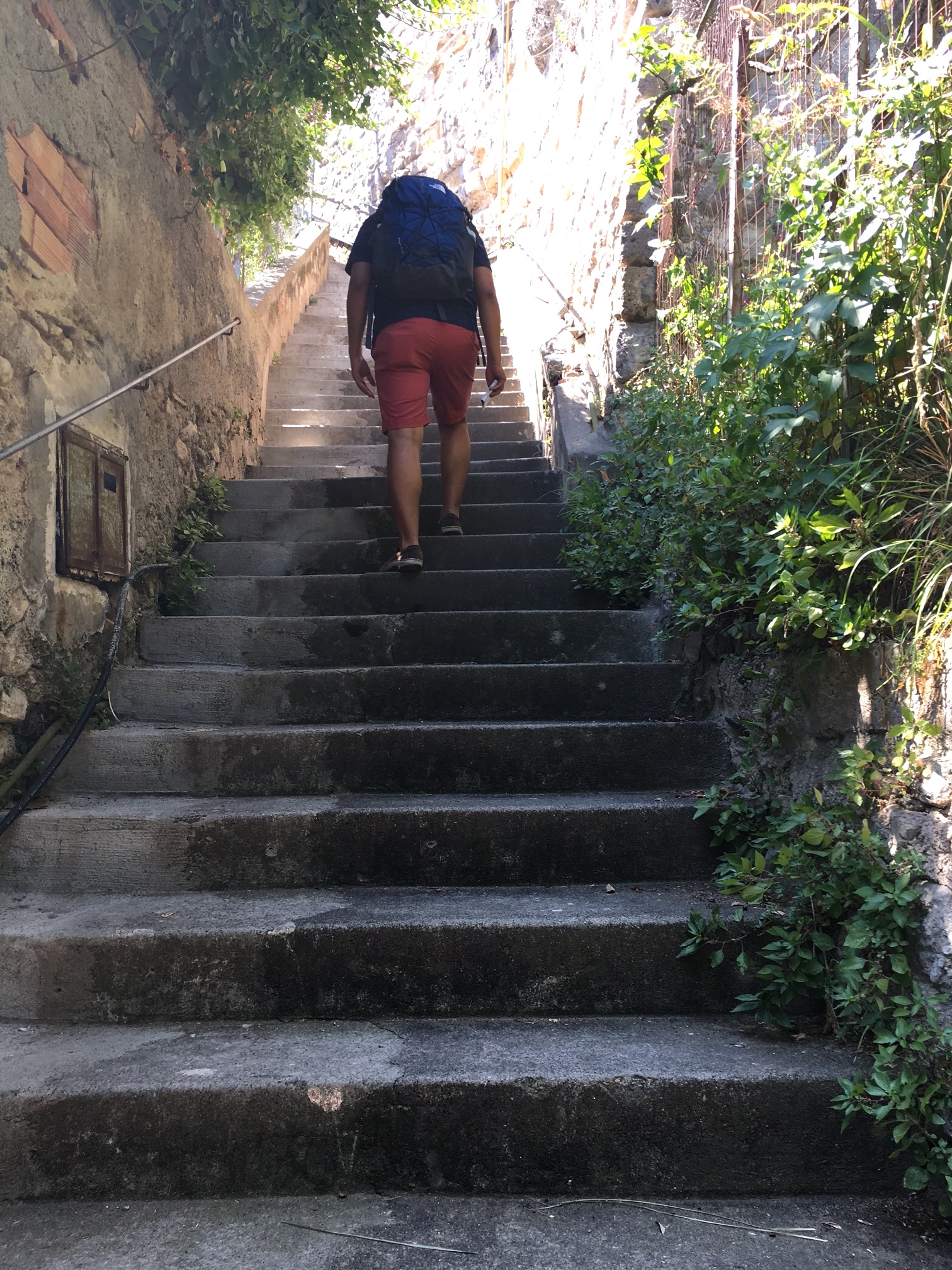 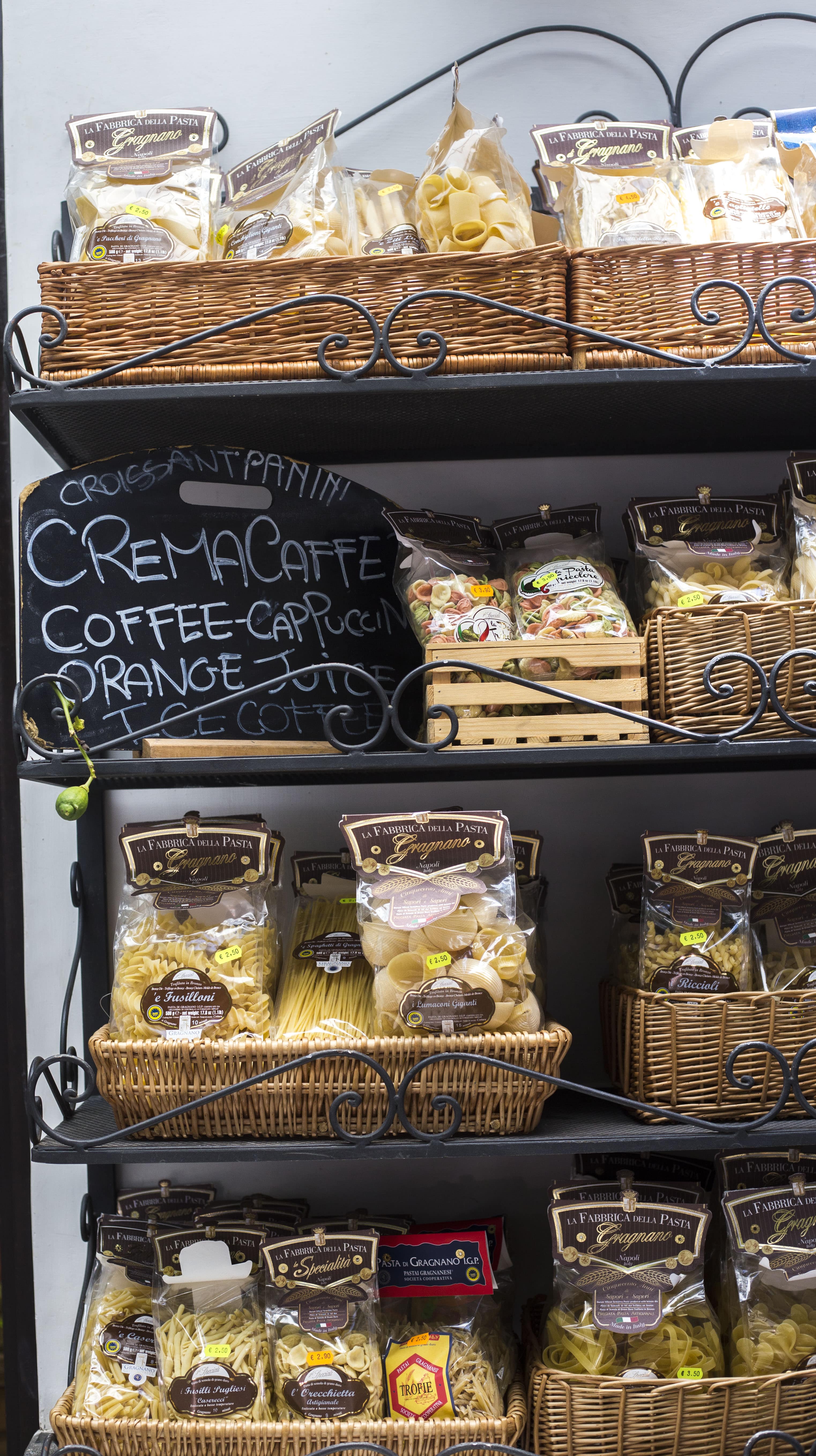 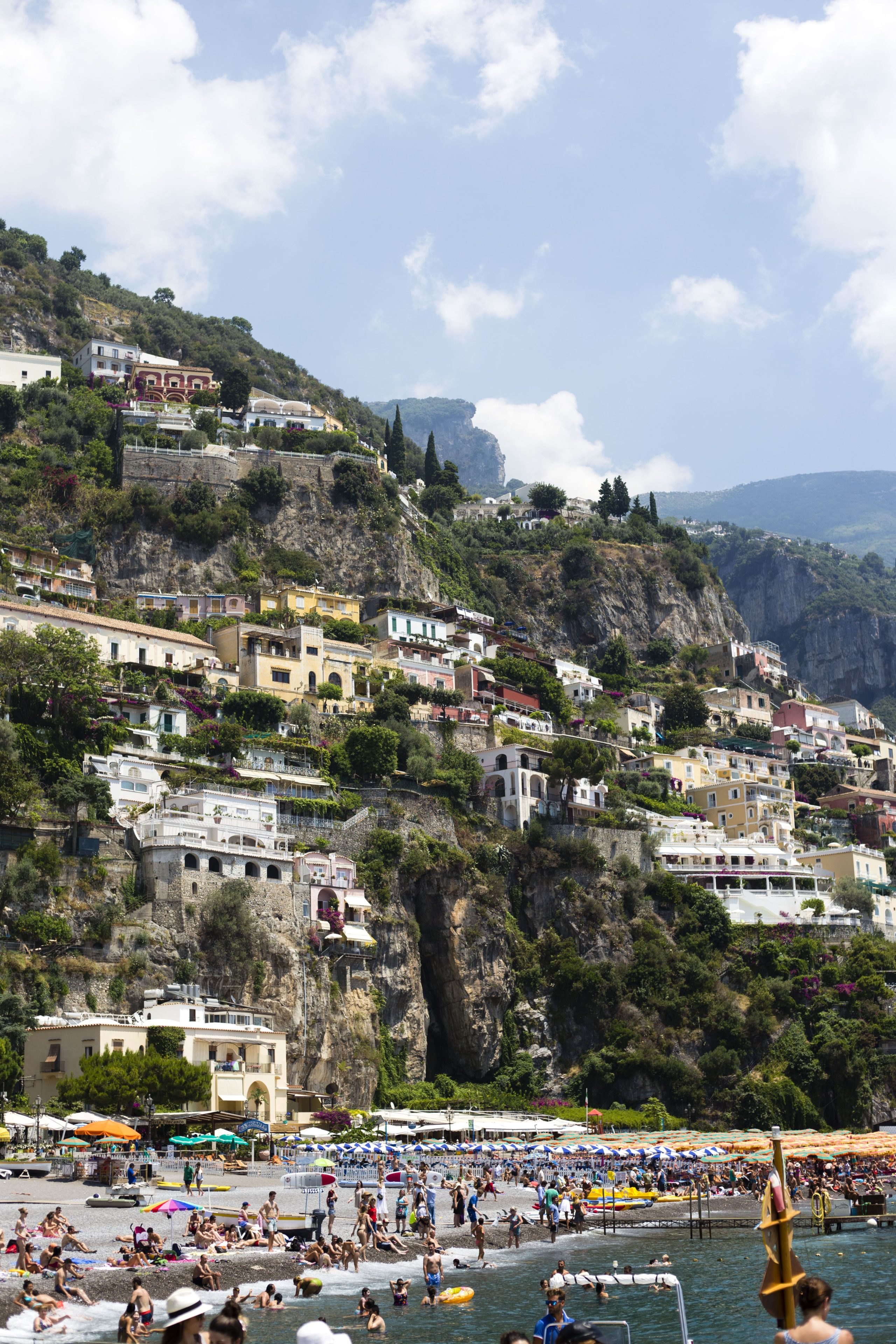 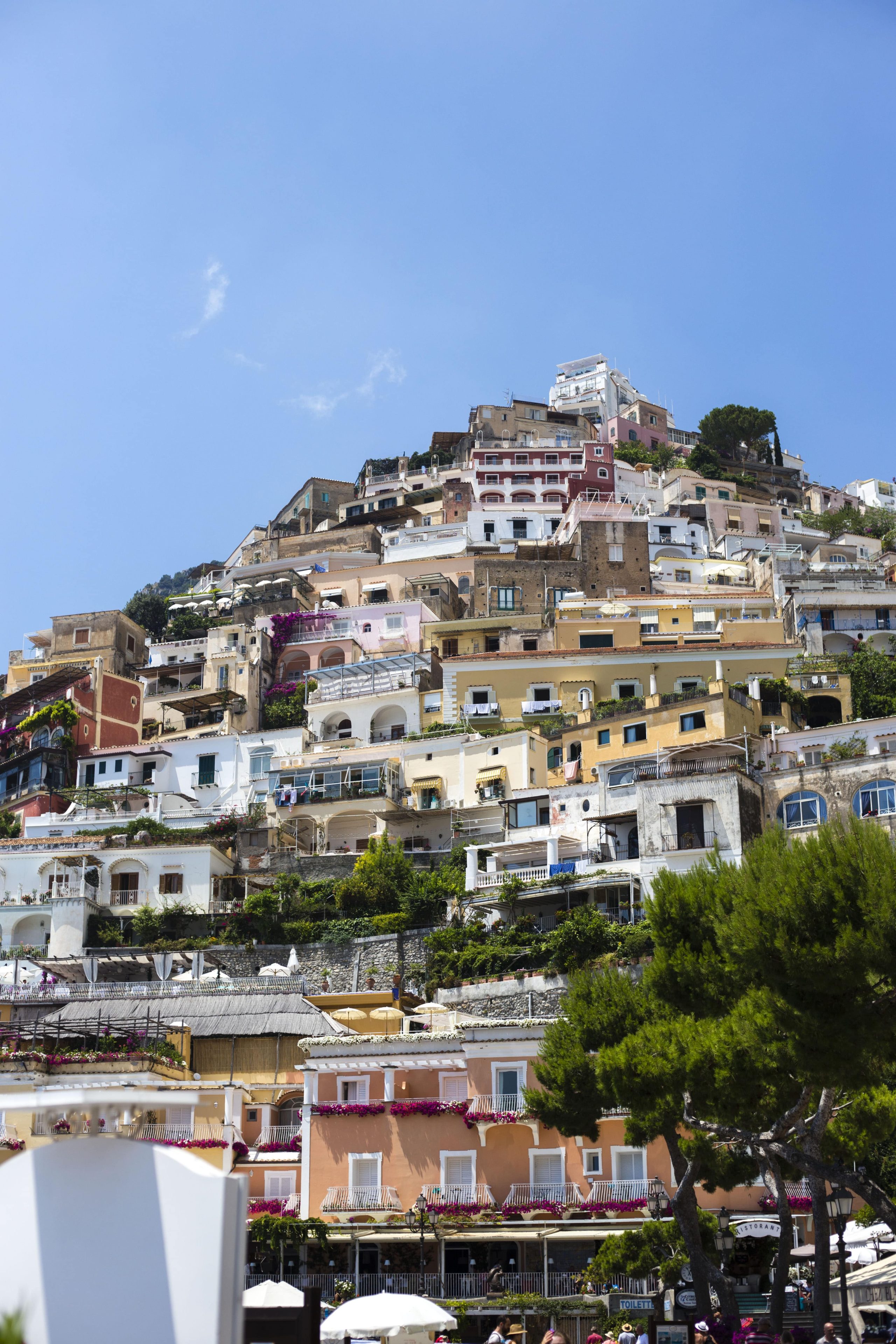 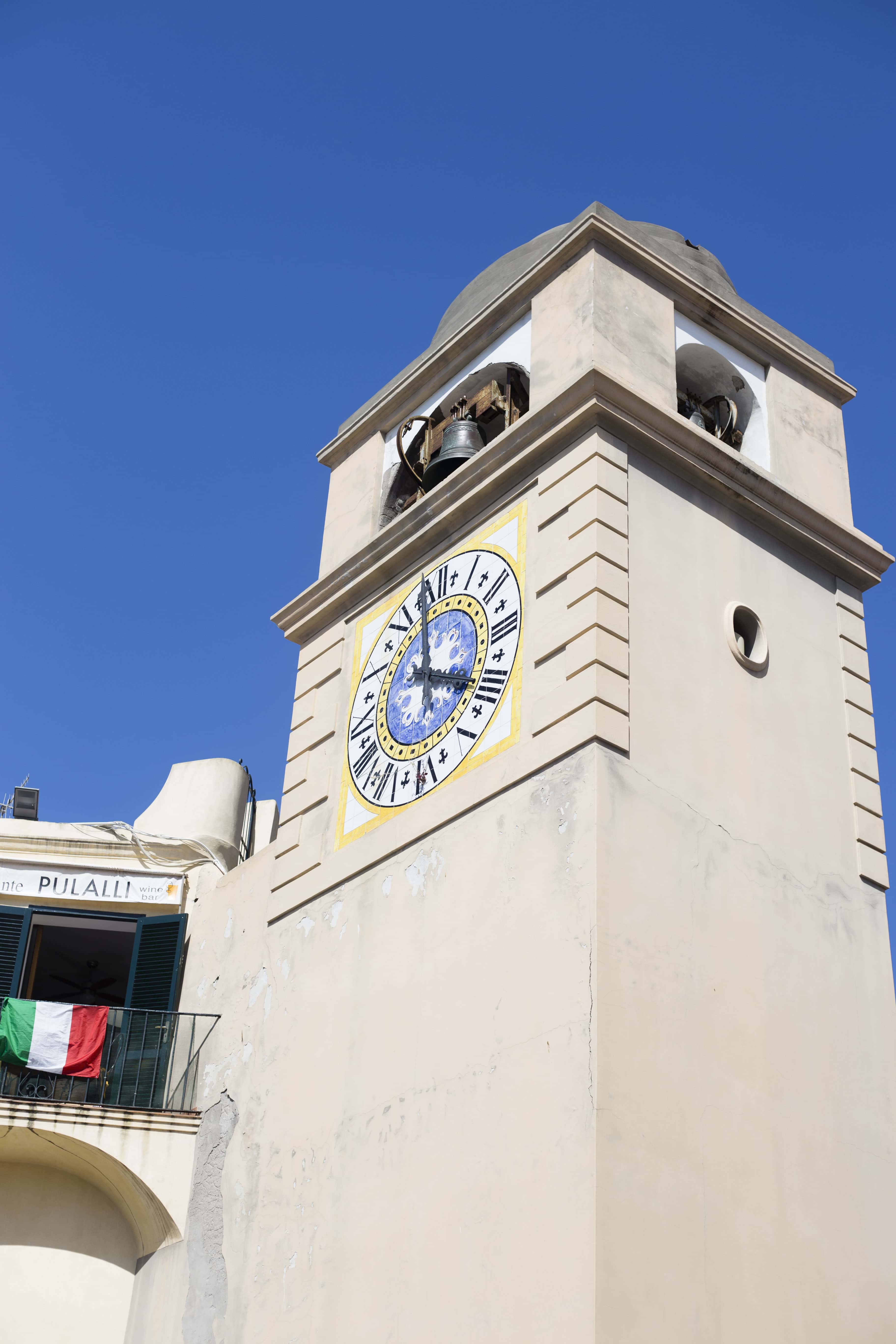 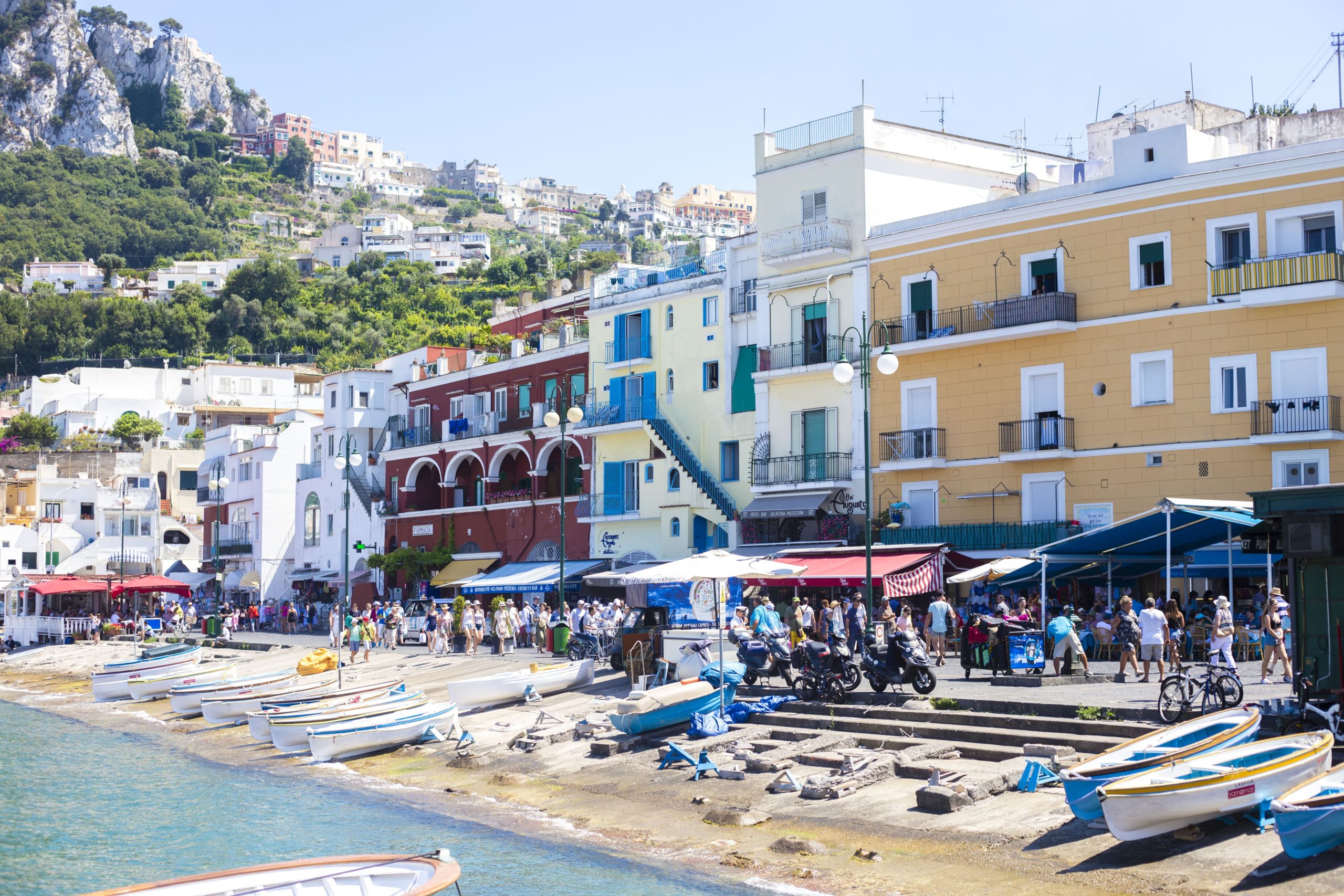 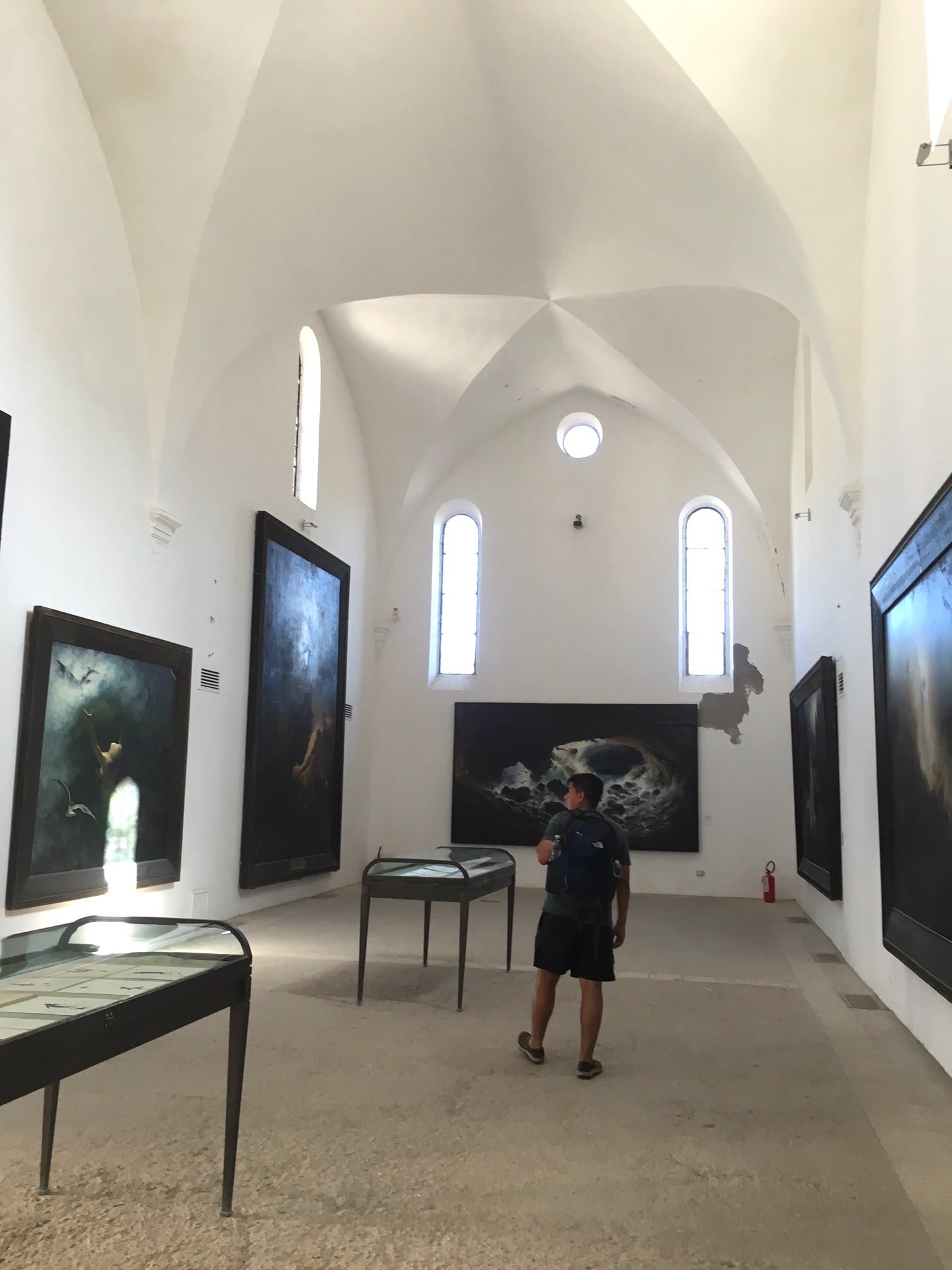 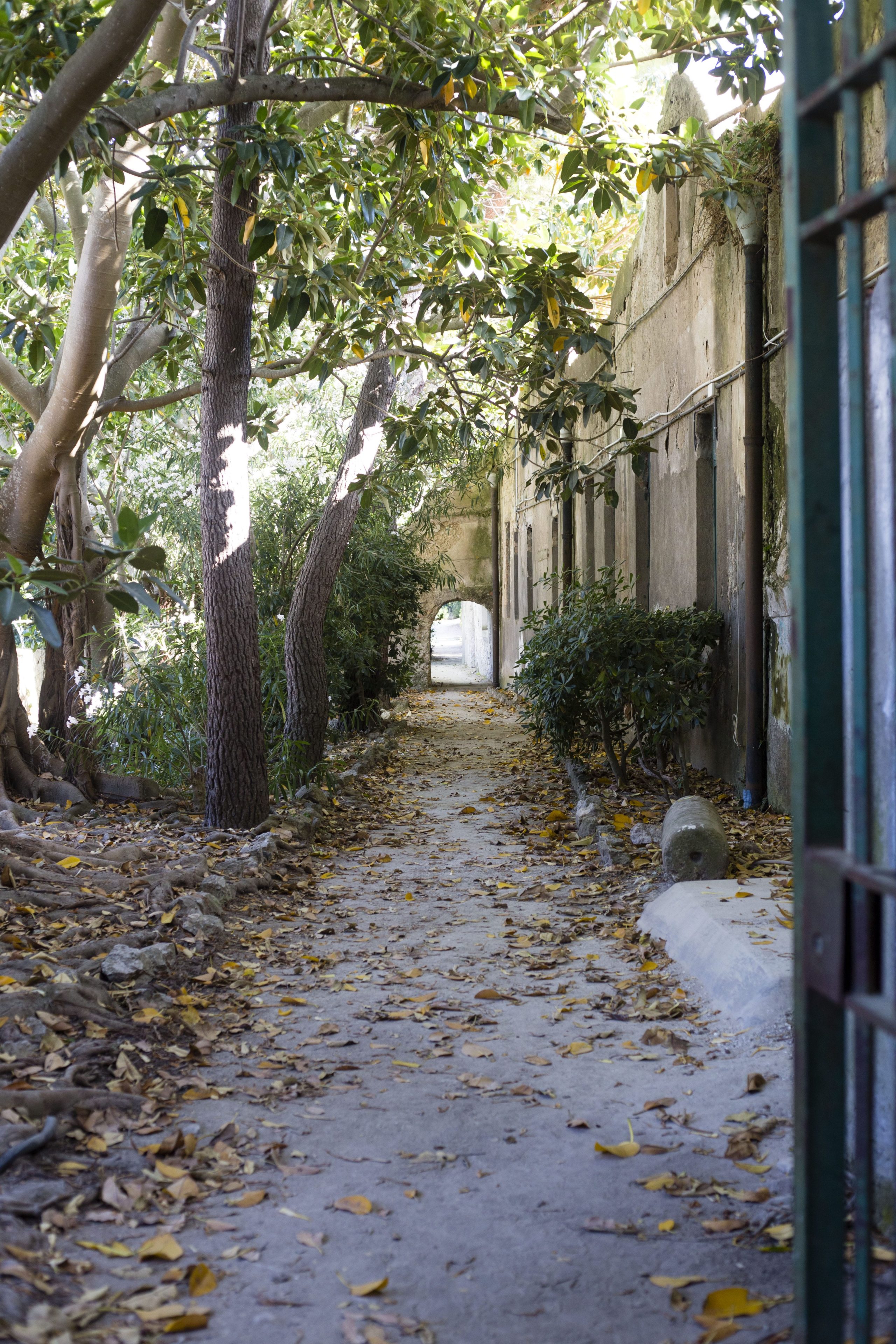 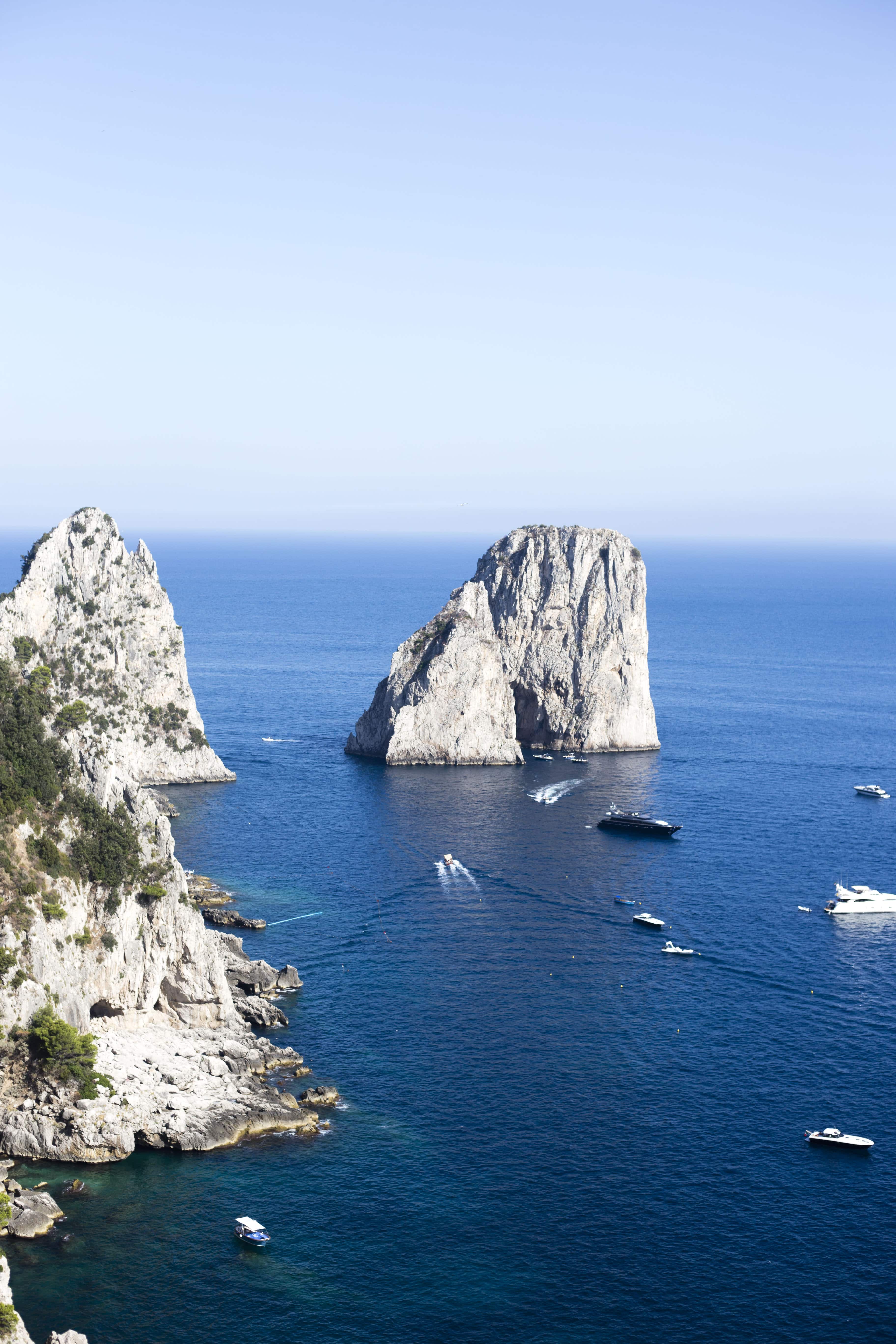 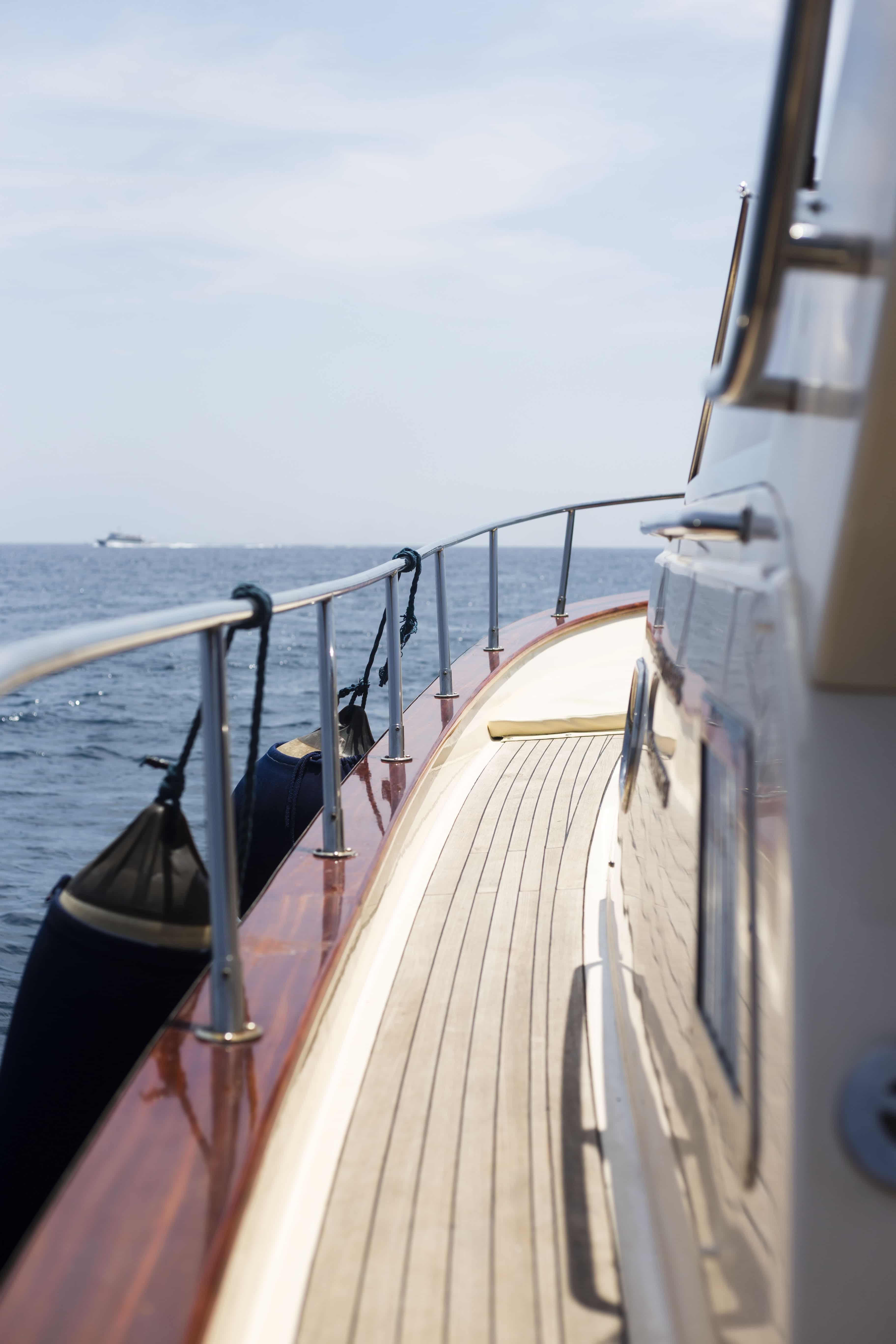 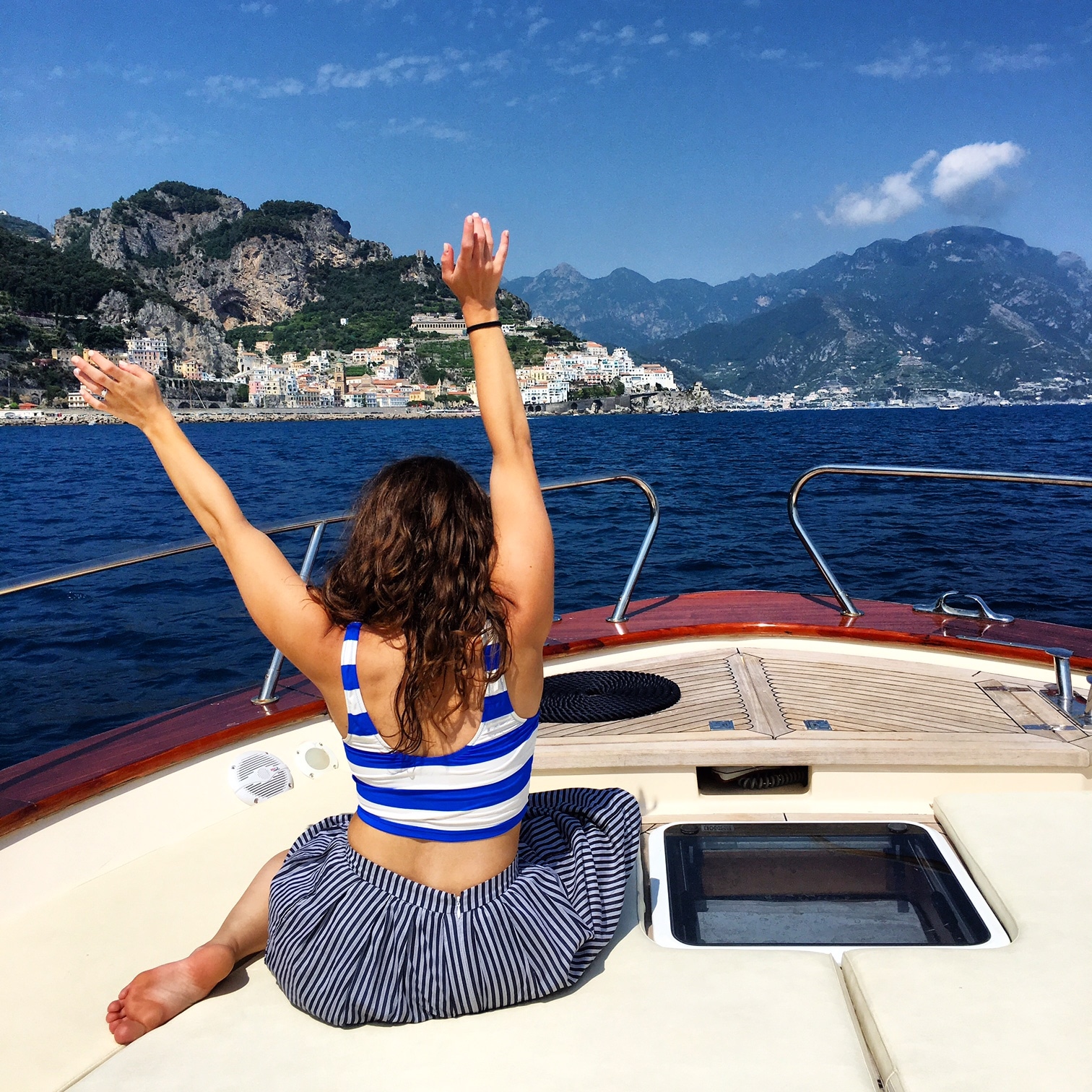 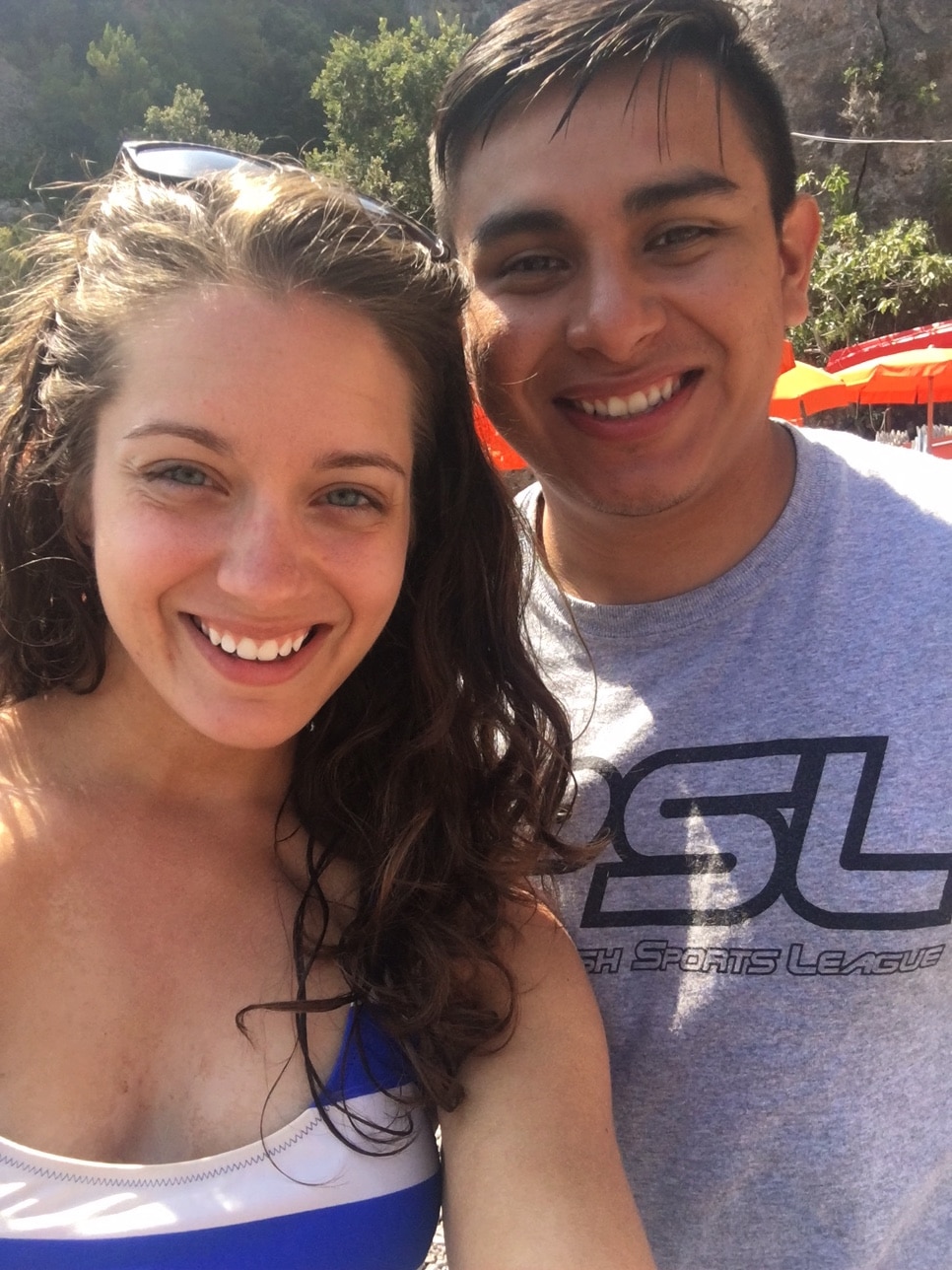 Where to eat: Il Fornillo- awesome spinach ravioli; Caffe Positano- outdoor seating with a view, awesome gnocchi; Gelateria Buonocore- a gelato place in Capri that we didn’t end up eating at because we had already gotten gelato, but according to Google, it’s “the best”

Where to drink: Franco’s Bar- chic bar with appetizers and a view; Fly Lounge- third floor with an open ceiling (think: perfect for star gazing) and delicious cocktails; Music on the Rocks- a dance club with a cool vibe, it doesn’t open until midnight though, so be prepared to stay out late (I’m sure this is typical for a club, but that’s how often I don’t go to clubs)

Must do: Boat Tour-We did a private boat tour of the Amalfi Coast through Sea Living Positano, but there are many options, so be sure to do your research; Explore Capri-take a ferry from wherever you’re staying to Capri and stay there for an afternoon or an entire day—Capri has its own look and feel and it deserves to be seen!