These Strawberry Rhubarb Cinnamon Rolls are filled with cinnamon, sugar, fresh strawberries, and rhubarb, topped with a sweet strawberry-rhubarb glaze and can easily be made dairy free. 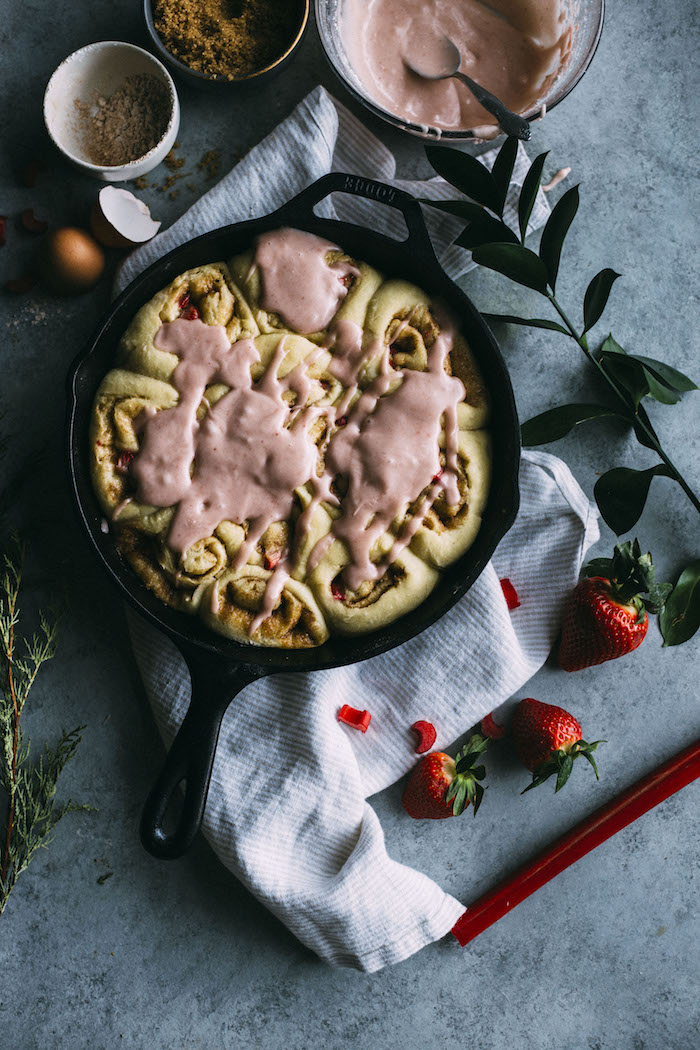 I was at Whole Foods the other day when I spotted rhubarb from across the room. YESSSSS, I thought. I ran over, grabbed some rhubarb along with my other groceries and went to the check out line. The lady asked me what I was going to make with the rhubarb and I told her I wasn’t sure. I’m also super awkward about mentioning my blog (still….) and/or making small talk in general (heyyoooooo introvert over here), so that was essentially the entire conversation.

I got home and spent far too long deciding on what to do with the rhubarb, but eventually settled on these strawberry rhubarb cinnamon rolls. Thank goodness I did. I made them MANY times to ensure the perfect texture and consistency, so hopefully all my tips are helpful! 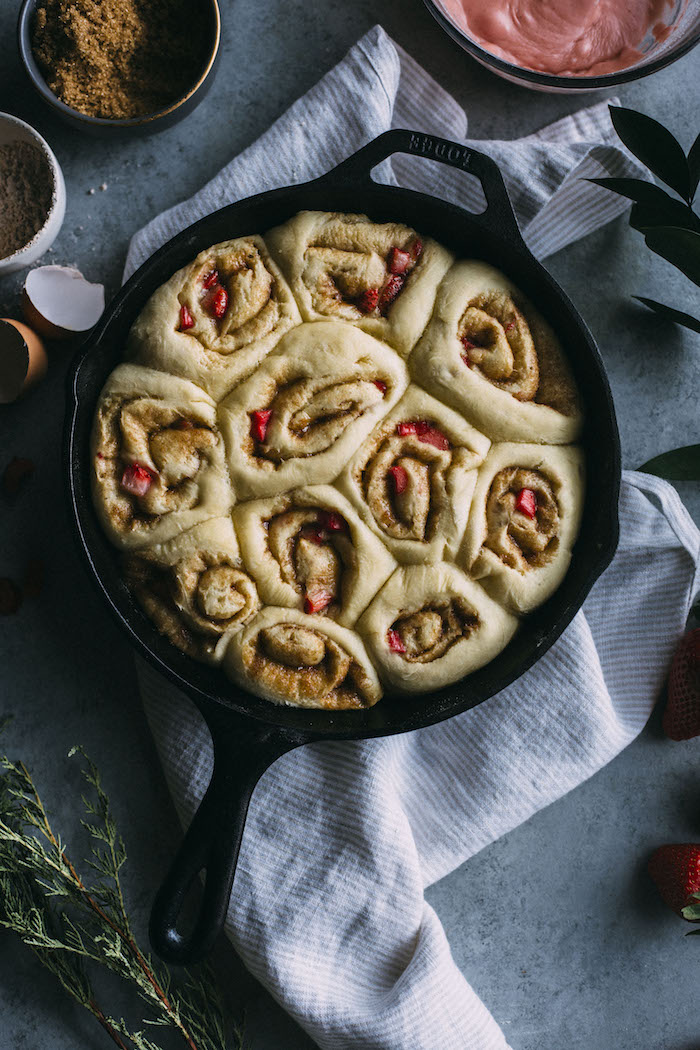 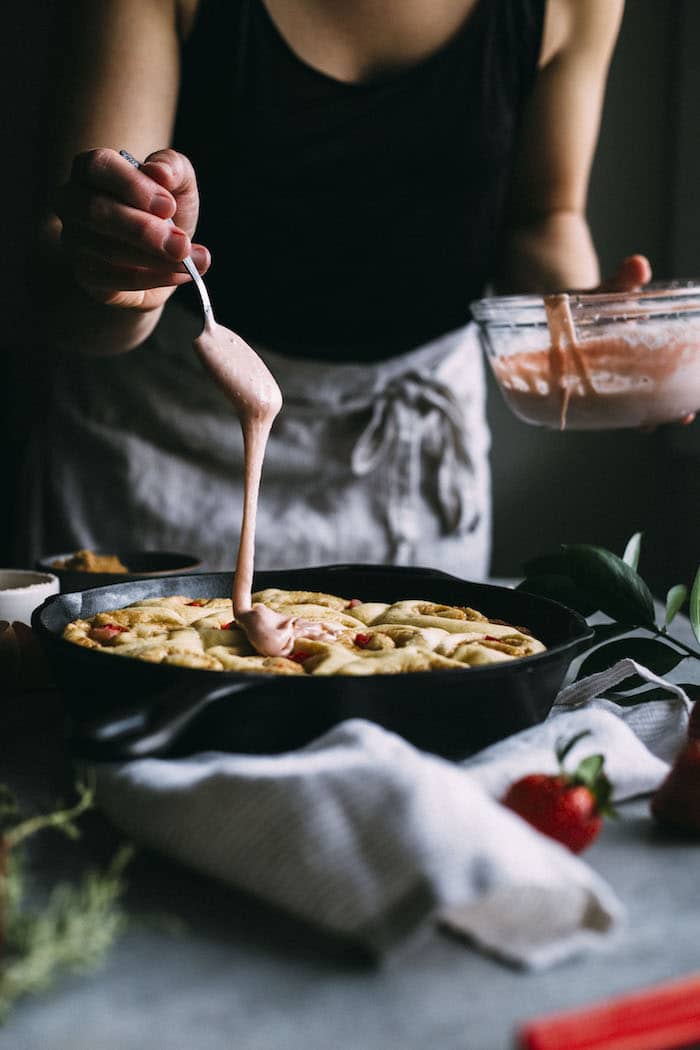 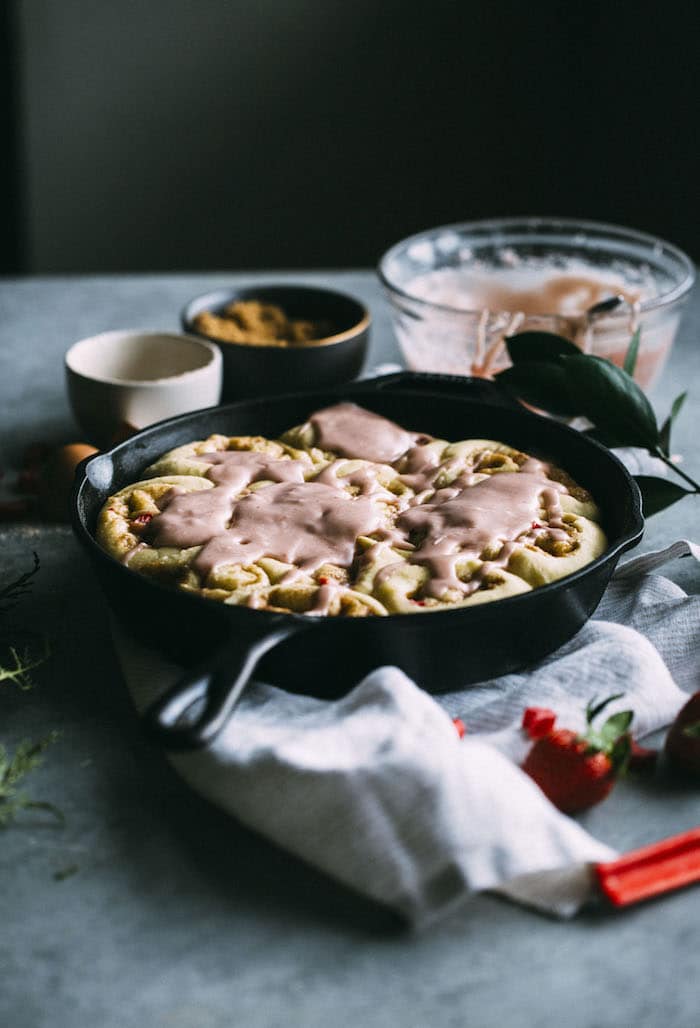 Now, how was your weekend? Miguel and I had a fun time in Columbus visiting friends and eating and drinking and attending a soccer game and playing with my friends boyfriend’s pup. Though it was a bit chilly, it was essentially a perfect weekend. Now, I’m refueled, recharged and ready to take on the week!

Besides loving rhubarb-flavored anything, I really love rhubarb strawberry flavored things. They’re perfectly sweet but with a more unique flavor than plain strawberry. I’m about it!

Now, for some cinnamon roll-making tips!

Tip: Don’t roll the dough out too thin. This was my problem the first two times I made these, which made actually rolling the dough into cinnamon rolls nearly impossible. I’d say roughly an 8×12” rectangle should be just fine.

Tip: Dab the cooked strawberries and rhubarb with a paper towel before you put them on the dough. Otherwise, they’ll be covered in coconut oil and the dough could become too moist.

Tip: You can use floss to cut the dough, but I actually preferred to use a really sharp knife covered in flour. I thought it worked just as well and was a bit faster, but if you have used dental floss to cut cinnamon rolls before, then just do that! 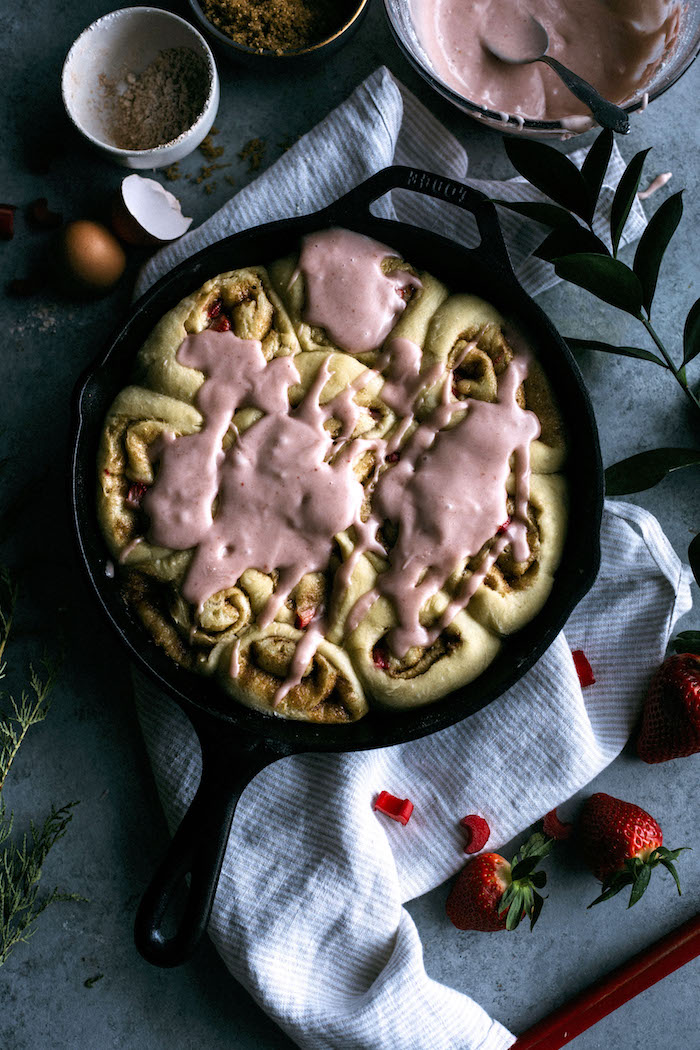 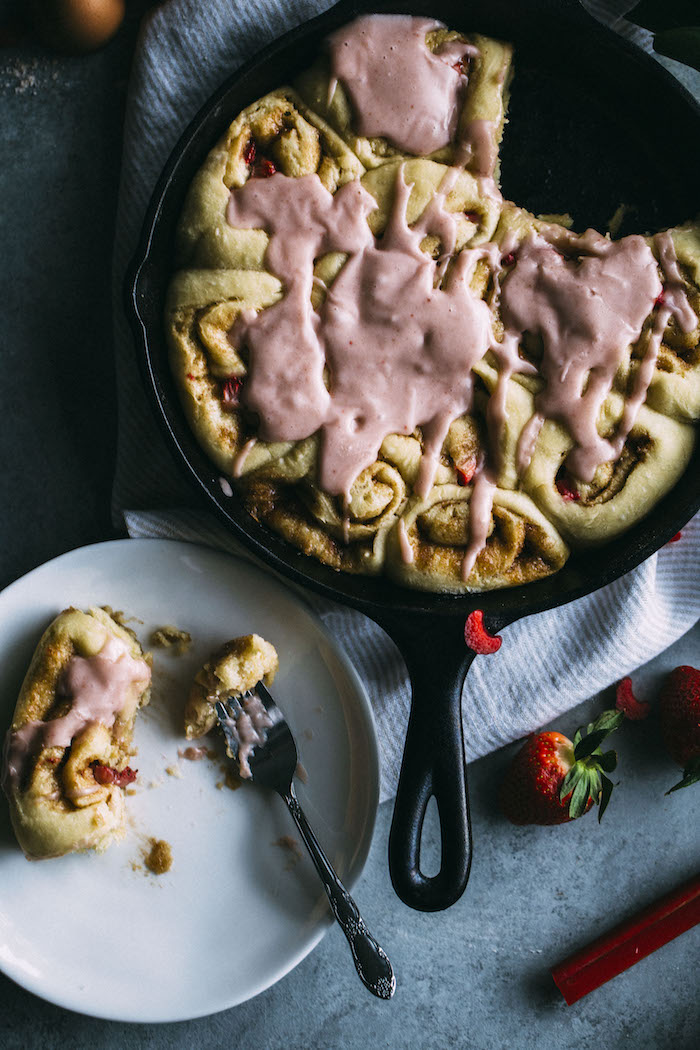 I made these rolls in a cast iron skillet, but feel free to use a round cake pan or rectangular baking dish—up to you! The glaze is simply broken down rhubarb and strawberries—similar to a compote—blended up and then combined with powdered sugar. UM YEAH, it’s to die for.

*For additional tips, be sure to read the tips within my blog post.
**Serving size depends on how thick you cut the dough.