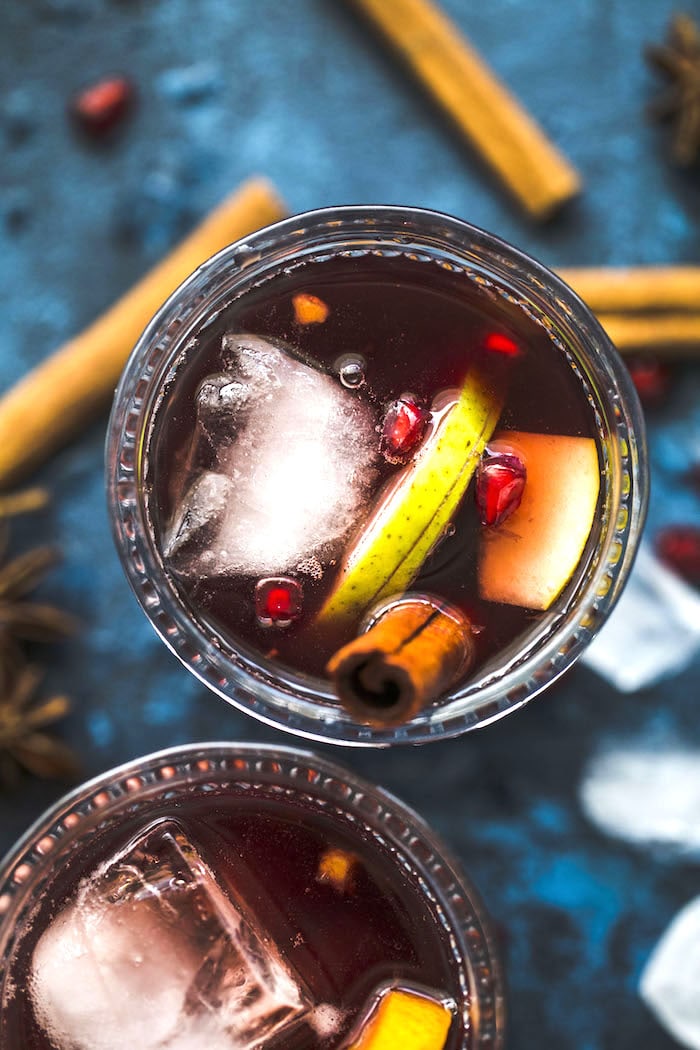 I feel like I’ve probably mentioned this at some point, but since getting my headaches, the only alcohol I can drink without triggering a headache is tequila. Yes, tequila. So I’ve been drinking margaritas galore on the weekends and steering clear of most other alcohol. If you’re headache-prone then you probably already know that the number one alcohol to avoid is wine, specifically red wine. However, I realize that I can’t only make margaritas and need to share other alcohol beverages because most people don’t limit themselves to just tequila for obvious reasons.

….god I’m such a buzz kill. Sorry guys, just keeping it real over here! I did have a few sips of this sangria to make sure the proportions were right, and I forced Miguel to drink some of course, which he had absolutely no problem doing. Basically I feel like apples steal the lime light from pears, and pears need to be the star sometimes, too. ….which were my exact feelings last year, hence this pear pie. This spiced pear sangria is filled with cinnamon, pears, orange, and a handful of pomegranate seeds and is basically the perfect fall drink. 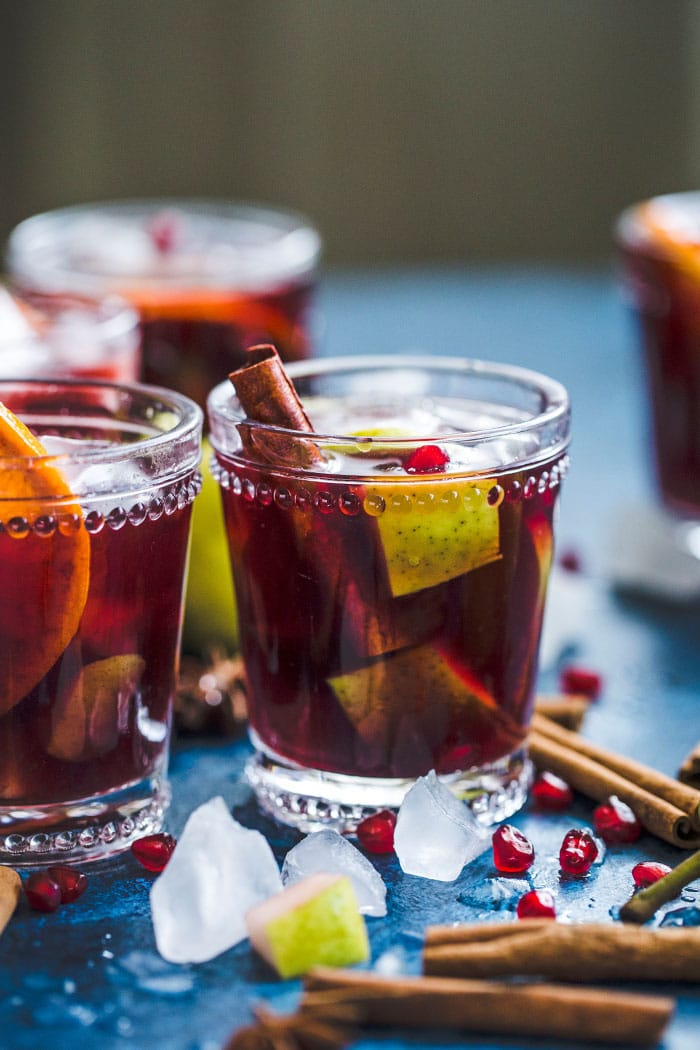 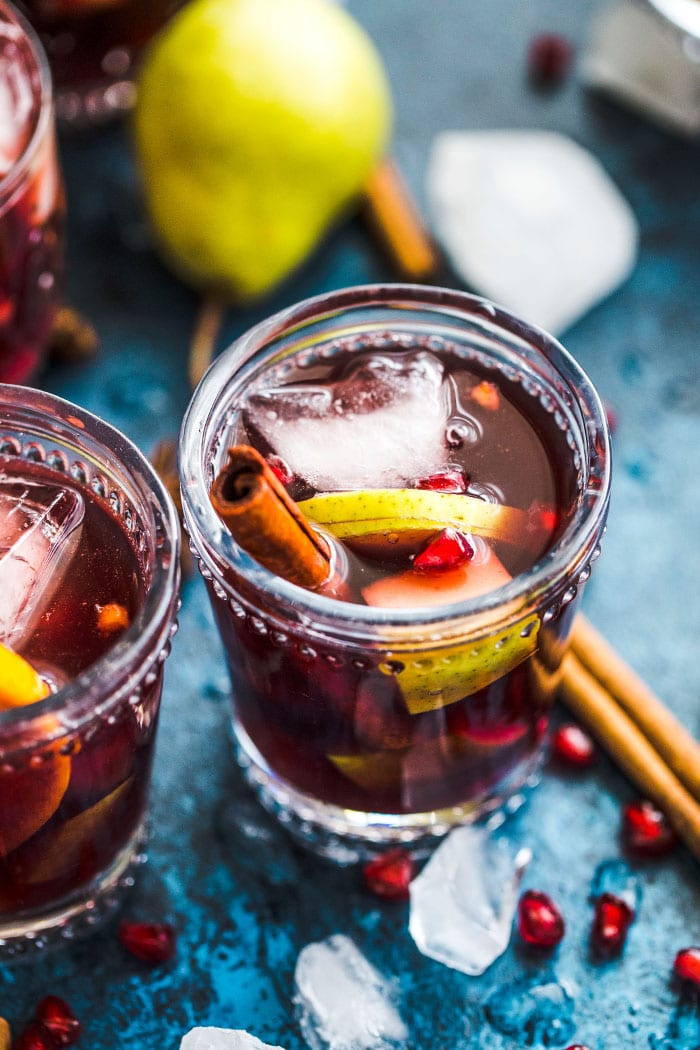 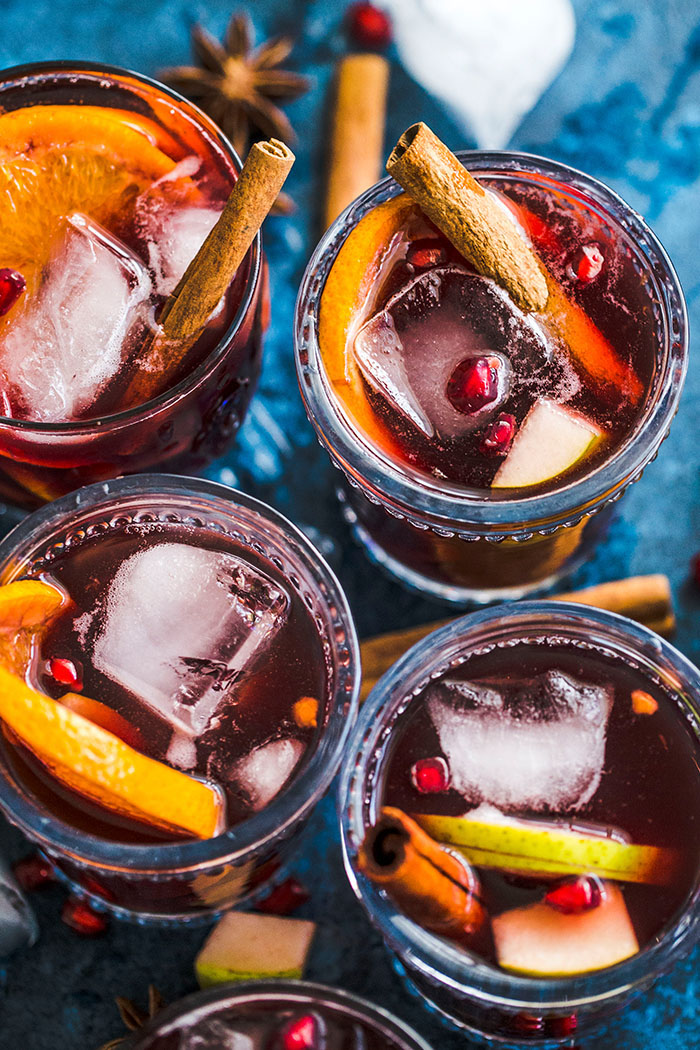 I also decided awhile ago that, while most homemade cocktails are fairly simple to make, sangria may just be the easiest. Plus there’s fruit in it! It’s almost like drinking fruit juice. Plus, they said red wine is good for you, right? Right.

Plans for this weekend include: working. Ew, again such a buzz kill. Truthfully, I hardly did any work last weekend and I’m feeling like I’d like to be ahead of schedule with my recipes, so I’m looking forward to getting stuff done.

If you need an easy drink on this Friday night, you know what to make (psssst, make this pear sangria—trust me!)

*Pear juice can be a bit tricky to find, so if you can't find any, just use apple juice instead. As you can imagine, it's still really delicious!
Author: The Almond Eater