This Honey Citrus Morning Green Smoothie is made with pineapple, spinach, honey, and orange juice for a refreshing, Vitamin C-packed smoothie recipe. 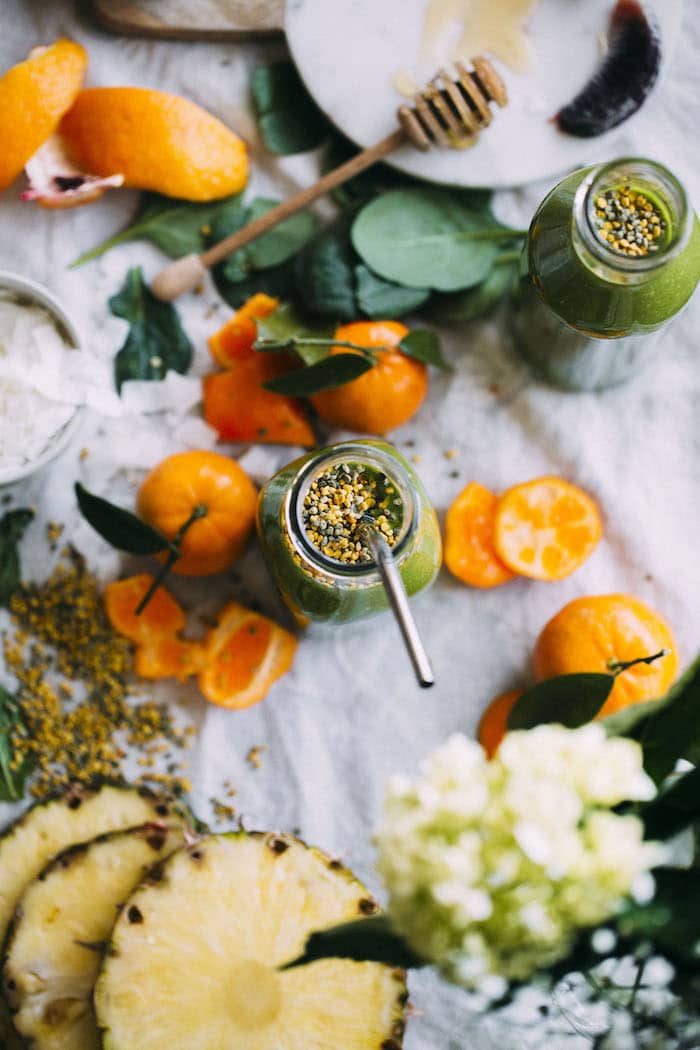 A hump day morning green smoothie? I think YES. This smoothie is obviously delicious any time of day, but specifically perfect for the morning because it has orange juice in it! ….which is great, since I don’t particularly love orange juice on its own.

Oh, in case anyone’s dying to know, I haven’t kept up with my New Year’s resolution to drink one smoothie a day. I’ll admit it was a tad ambitious, but I’d say I’m probably drinking four smoothies a week rather than seven, which at this rate means that by the time November rolls around, I’ll be down to one smoothie a week. What can I say? I’m amazing at New Year’s resolutions. Have you been keeping up with yours?! If so, do tell! I probably should think up a new one. 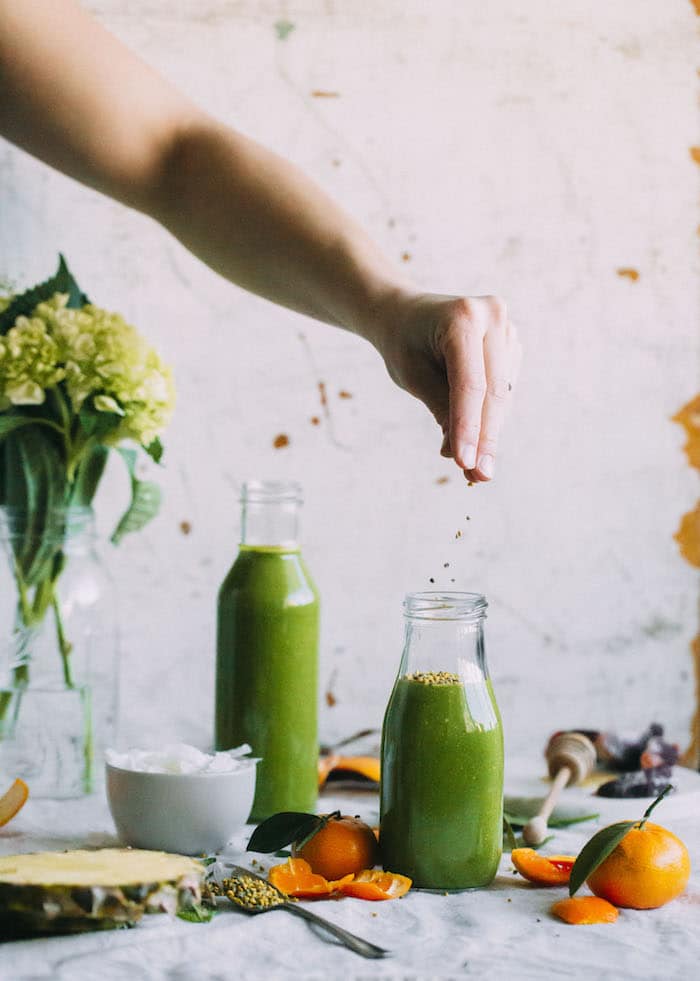 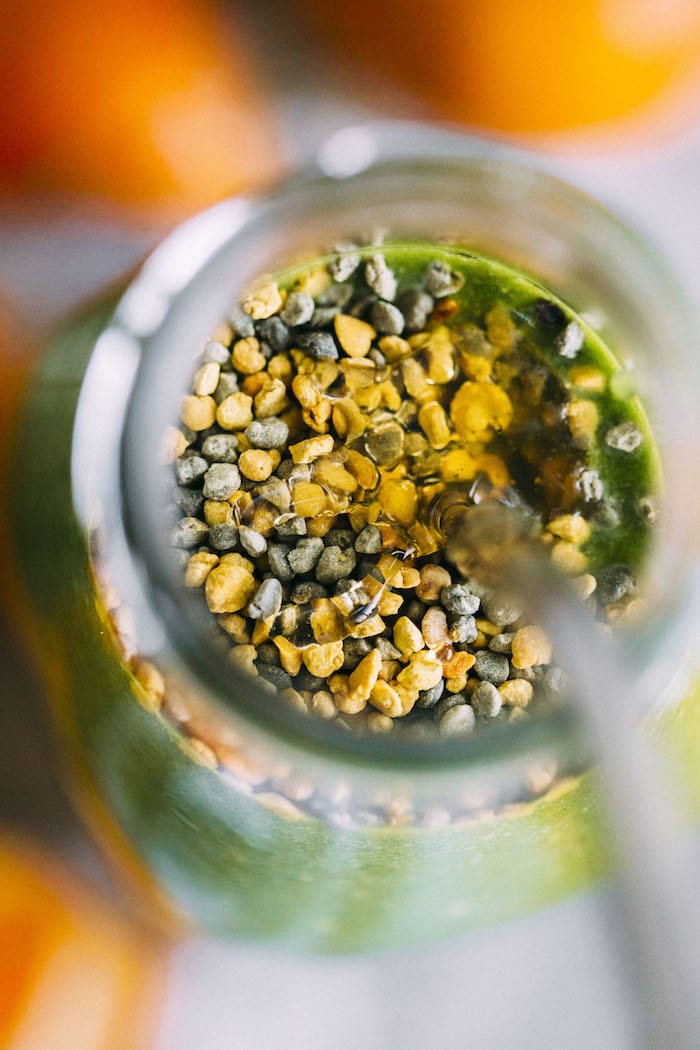 Also—and I know this is a tad random—but did anyone watch the Big Little Lies finale on Sunday? Did you love it? I mostly loved it, though I didn’t read the book so I had to make a couple of assumptions about the ending. There are rumors that a second season may be created, but I can’t take it seriously or I’ll get too excited. 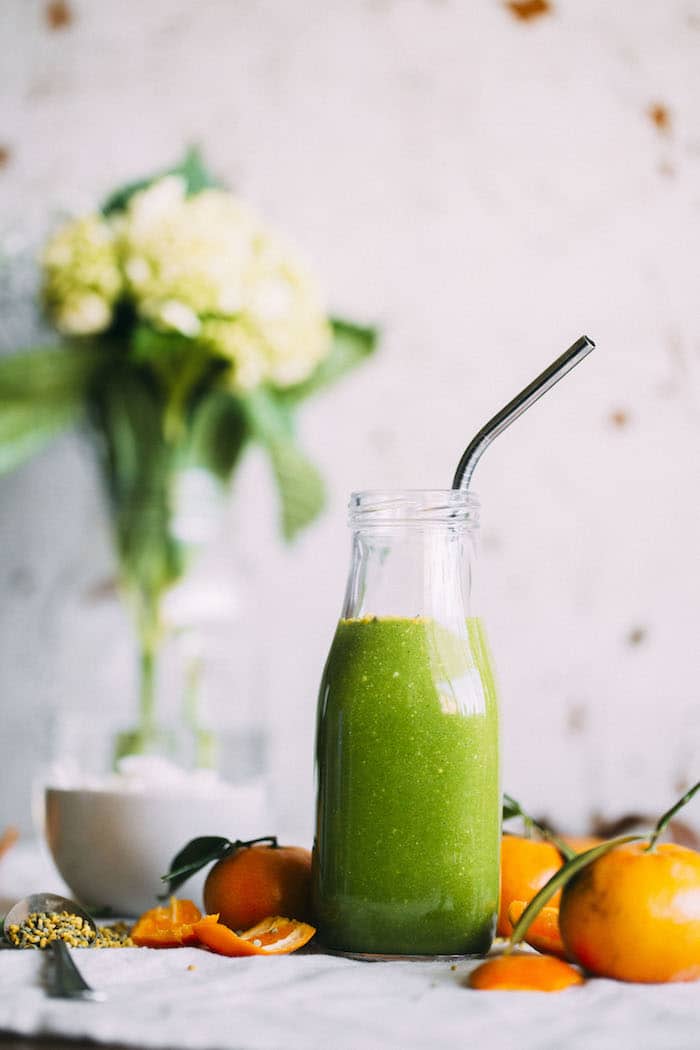 Reasons why I love this morning green smoothie: it’s filled with CITRUS and basically tastes like summer, along with coconut and honey and spinach (gotta fit in those greens!). It uses orange juice as the liquid instead of milk, though you can sub coconut milk instead, which is suuuuuper delicious as you might imagine. Your call, really.

I topped my smoothie with a bit of bee pollen (totally optional), which provides some protein and is a natural energy booster, along with a drizzle of honey. I also used thick coconut flakes because I had them on hand, but you can absolutely use regular coconut flakes, just make sure they’re unsweetened.

As always, if you make this smoothie be sure to let me know by tagging @thealmondeater on Instagram. Happy hump day!