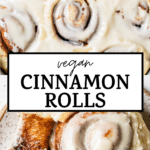 These Easy Vegan Cinnamon Rolls come together in a little over an hour, are made with easy to find ingredients and taste like HEAVEN. They're light and fluffy, filled with cinnamon sugar and topped with the most delicious maple glaze.

I've decided that cinnamon rolls are a recipe for happiness. They’re the perfect holiday brunch tagalong, they’re warm and fluffy and a great excuse to enjoy comfort food first thing in the morning.

Plus, this recipe is topped with a maple glaze that is to die for! If you have a vegan friend or family member, these easy vegan cinnamon rolls are the perfect addition to any holiday brunch.

Oh, and if you're looking for items to pair with these rolls, try my healthy caramel sauce, cinnamon sesame milk or my sweet potato brownies (brownies for breakfast should be a "thing", right?). 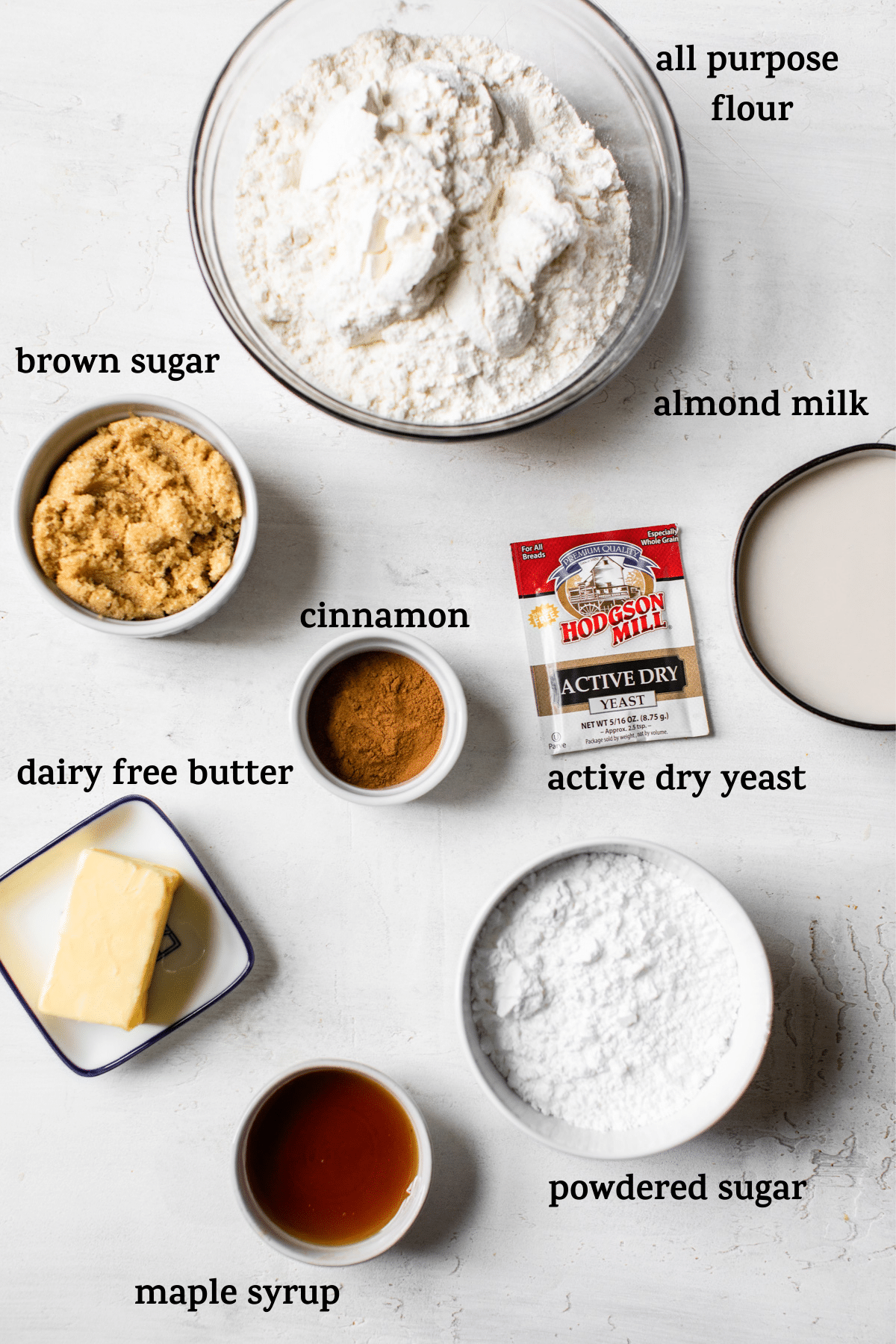 Flour - I've only tested this with all purpose flour, but if you use another flour and it works, feel free to leave a comment so others can try it out!

Milk - The recipe calls for almond milk, but any dairy free milk will work

How to make vegan cinnamon rolls

Step 1: Activate the yeast. Start by mixing the active dry yeast, sugar and water together and letting the yeast activate, which takes about 10 minutes. You'll know it's good to go when it's foamy on top.

Step 2: Heat the milk and butter. Heat them up until the butter has melted, but make sure the mixture doesn't come anywhere close to a boil. You want the butter and milk to be warm, not hot.

Step 3: Knead the dough. Add flour and salt to a large bowl, then pour in the butter/milk/yeast mixture, using your hands to knead the dough for 2-3 minutes. The dough should be sticky, but not too sticky; The more you knead it, the less sticky it'll be.

Step 4: Let the dough rise. Once everything is combined and you've kneaded the dough, transfer it to a greased bowl (preferably a glass bowl--see "tips" section below). The dough should take about 1 hour to rise, and ideally you want it to double in size. 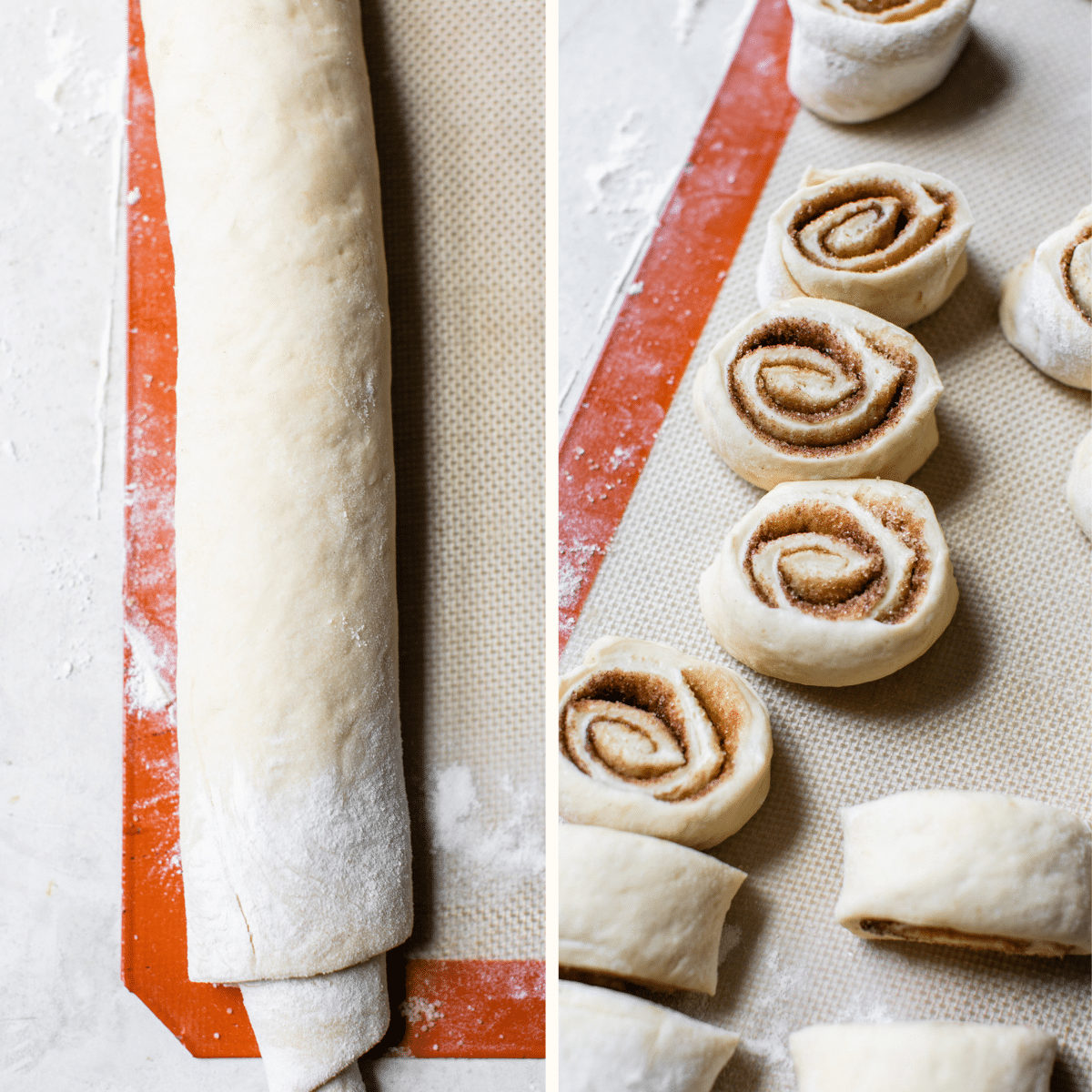 Step 6: Let the dough rise, again. Letting the cinnamon rolls rise a second time is what will make them light and fluffy. If you're really in a hurry, you can skip this step, but I truly believe it makes a difference in the overall texture of the rolls. 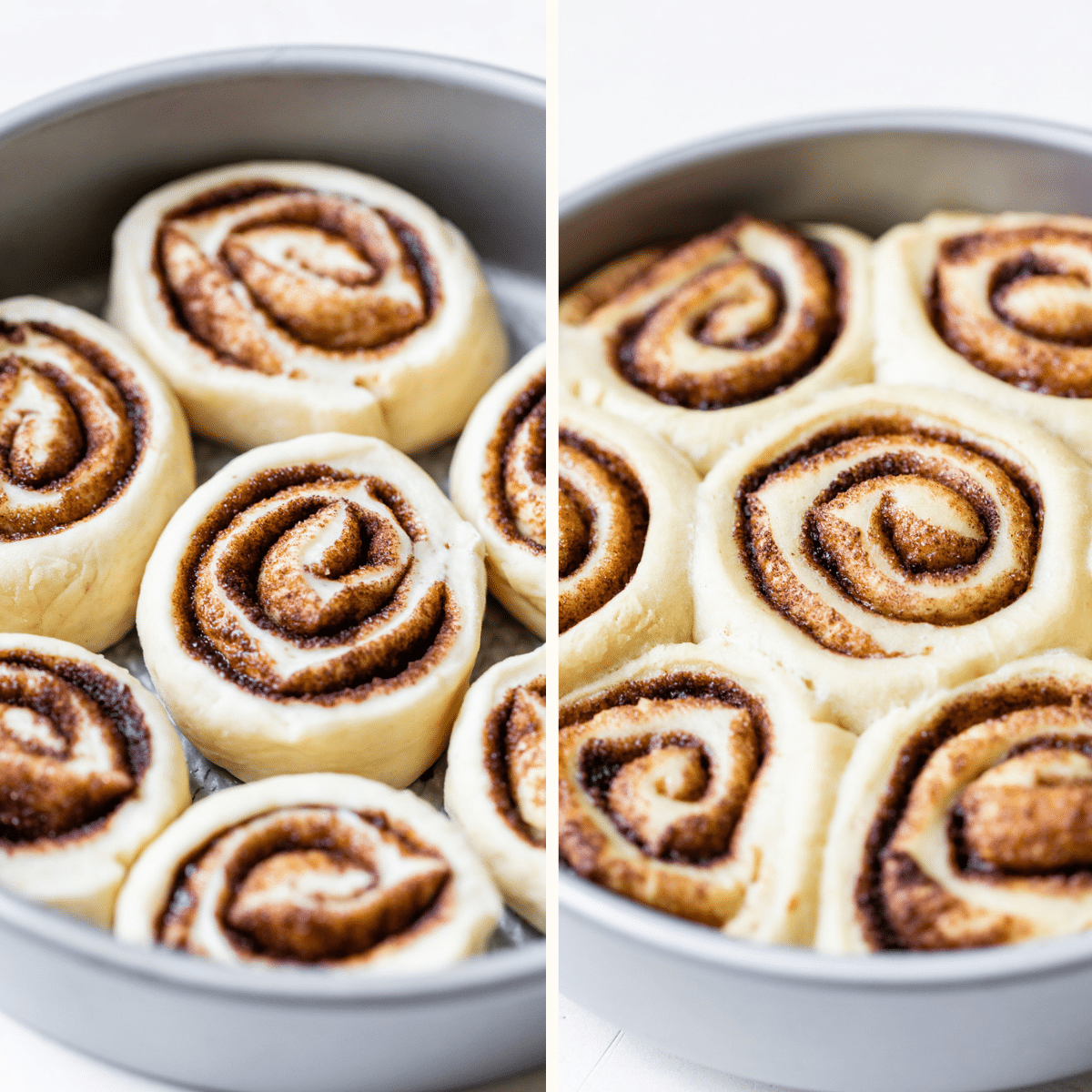 --> If this works for the first rise, then you can do it again for the second rise. Simply place the cake pan with the uncooked cinnamon rolls in the oven, cover with a towel, then allow them to rise for 20 minutes or so.

Tip: You can use floss to cut the dough, but I personally preferred to use a really sharp knife covered in flour. That way, the knife doesn't stick to the dough. If you know how to cut cinnamon rolls with floss and prefer it that way, then just do that instead.

I'm sorry this happened! From my experience, this usually happens when I'm using old/expired yeast.

How long will these last?

They should stay fresh for up to 3 days if stored in a container at room temperature. However, they taste the most fresh if consumed within 24 hours. 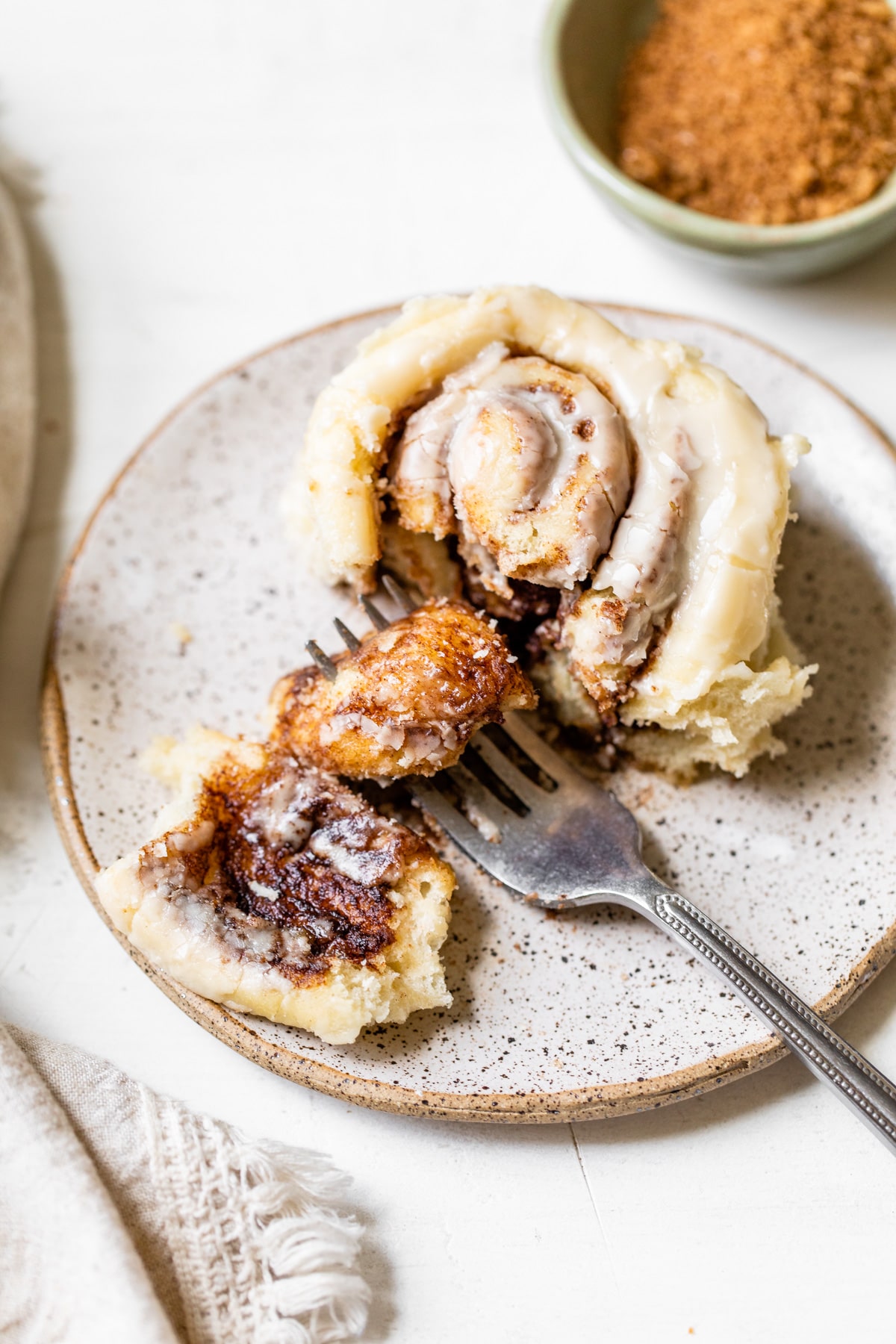 If you make this recipe, I'd LOVE if you could leave a comment and star rating below! And, if you loved these rolls, be sure to try my chocolate espresso cinnamon rolls. 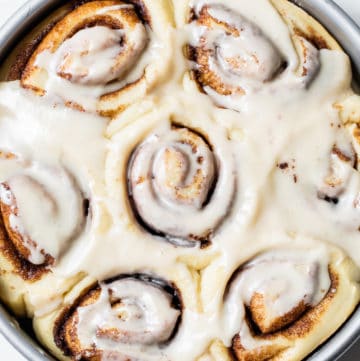 These Easy Vegan Cinnamon Rolls come together in a little over an hour, are made with easy to find ingredients and taste like HEAVEN. They're light and fluffy, filled with cinnamon sugar and topped with the most delicious maple glaze.
5 from 29 votes
Print Pin Rate
Prep Time: 1 hour 20 minutes
Cook Time: 25 minutes
Total Time: 1 hour 45 minutes
Servings: 14 rolls
Author: Erin

*Substitutions: can sub cane sugar in place of brown sugar; can use any kind of dairy free milk *Calories are an estimation and are for 1 cinnamon roll

UPDATE NOTE: This post was originally published in December 2016. It was updated with new text and photos in September 2020.