This Citrus Watercress Smoothie is made with strawberries, orange, watercress, and star anise for a uniquely sweet smoothie recipe. 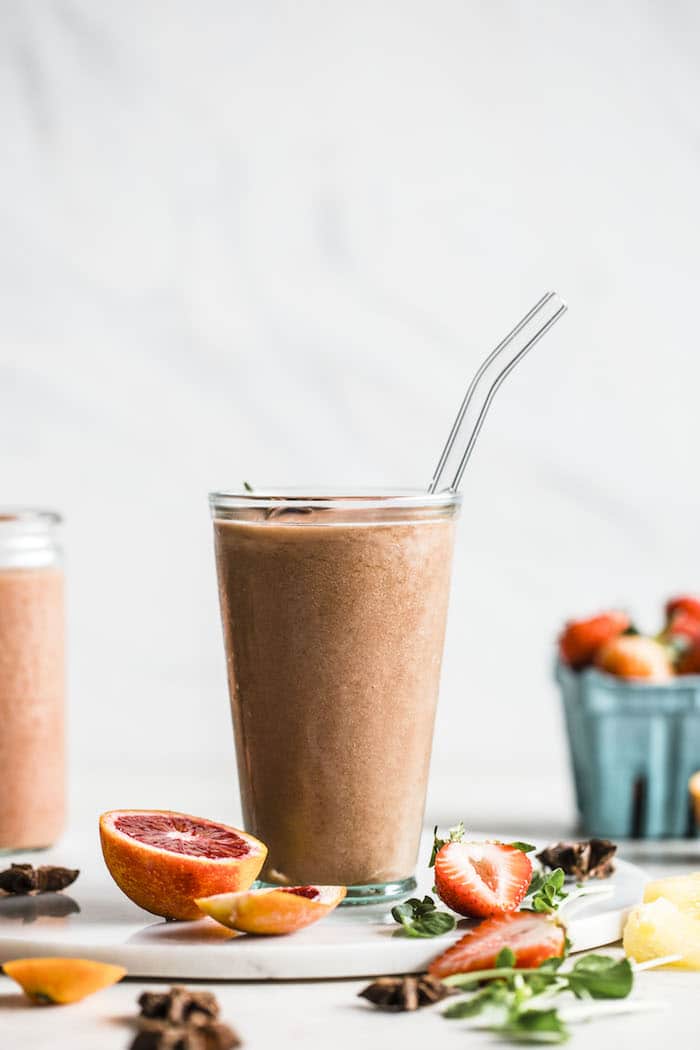 Happy happy Friday! No joke, I spent ALL day yesterday thinking it was Friday. I even started typing “TGIF!!!” in my Instagram photo caption only to realize that it wasn’t Friday. I guess I’m just excited for the weekend? Yes, I think that’s it. I’m also excited because this watercress smoothie is just what we all need after binging sweets on Valentine’s Day. Plus, watercress is the neglected green, so today we’re showing it some love.

I don’t know how it’s been where you live, but the weather in Pittsburgh has been insane. It was 60° yesterday, and today it’s going to be 40°. Lucky for me, I crave smoothies all year round. You too? I know a lot of people enjoy smoothies as an on-the-go breakfast option which I love, but I tend to make them as a snack when I want something sweet but still healthy. Besides using watercress, this smoothie is super unique because it uses HALF (this is important) of a star anise. Yup! If you don’t like the flavoring you can omit it, but I personally love it and think it takes this watercress smoothie to the next level. 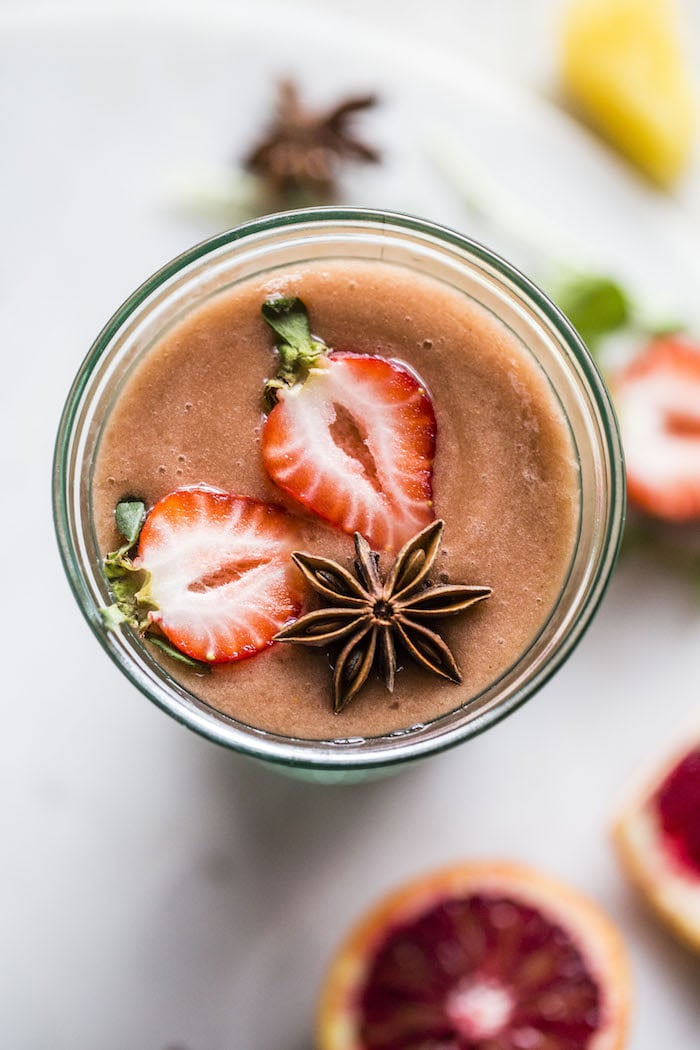 And yes I knowwwwww strawberries aren’t exactly in season, so feel free to use frozen strawberries, which I tend to do anyway because frozen fruit makes your smoothie extra thick. I’m fairly certain this recipe is just my way of secretly yet not-so-secretly wishing it was spring. 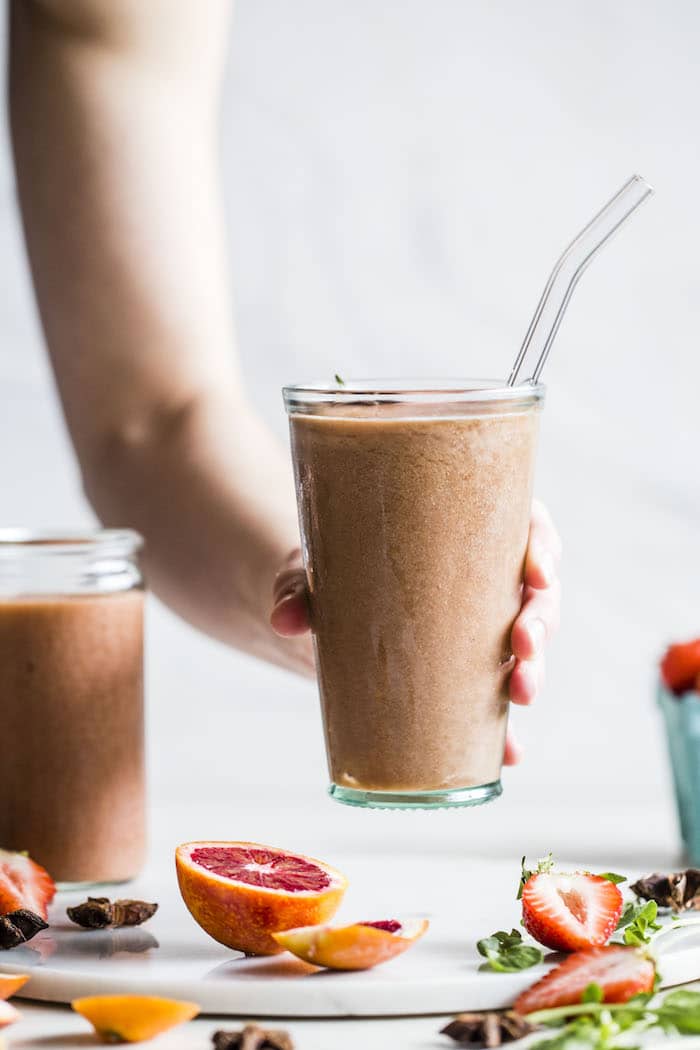 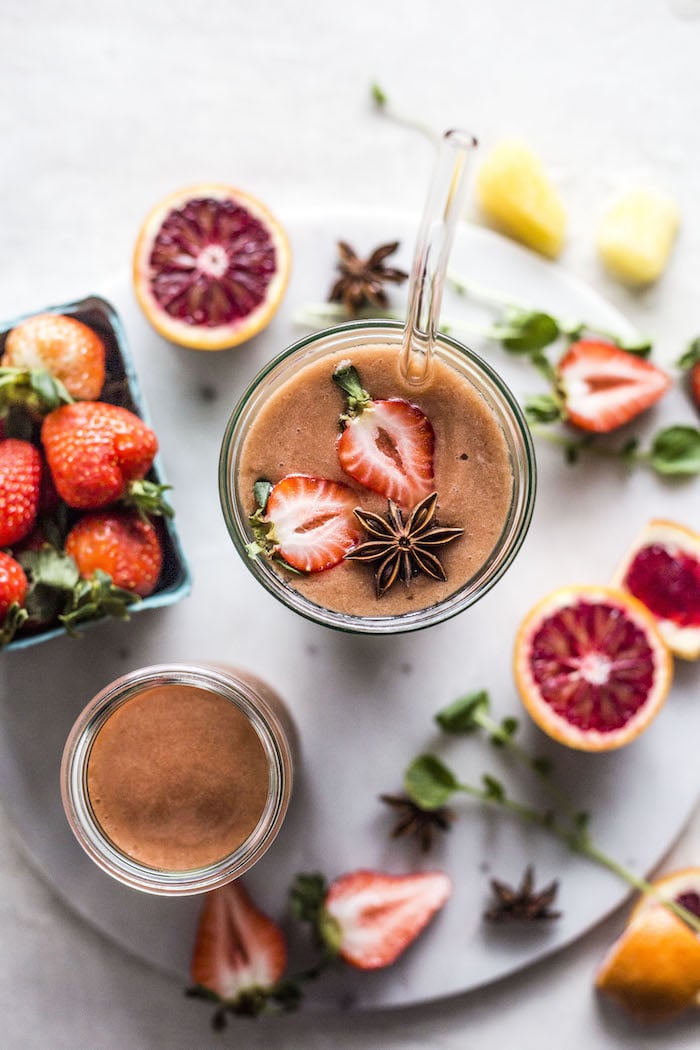 Now I can say this with certainty…. TGI-freaking-F! Xoxo

*I used a blood orange because that's what I had on hand, but a naval orange works too!
**There are usually a handful of broken star anise in each container, so try to use one of those. I originally made this recipe using a whole one, but found the flavor to be a bit overpowering.
Author: The Almond Eater