This Chipotle Pepper Guacamole puts a fun twist on the traditional recipe and adds a kick of flavor—you’re gonna love it! 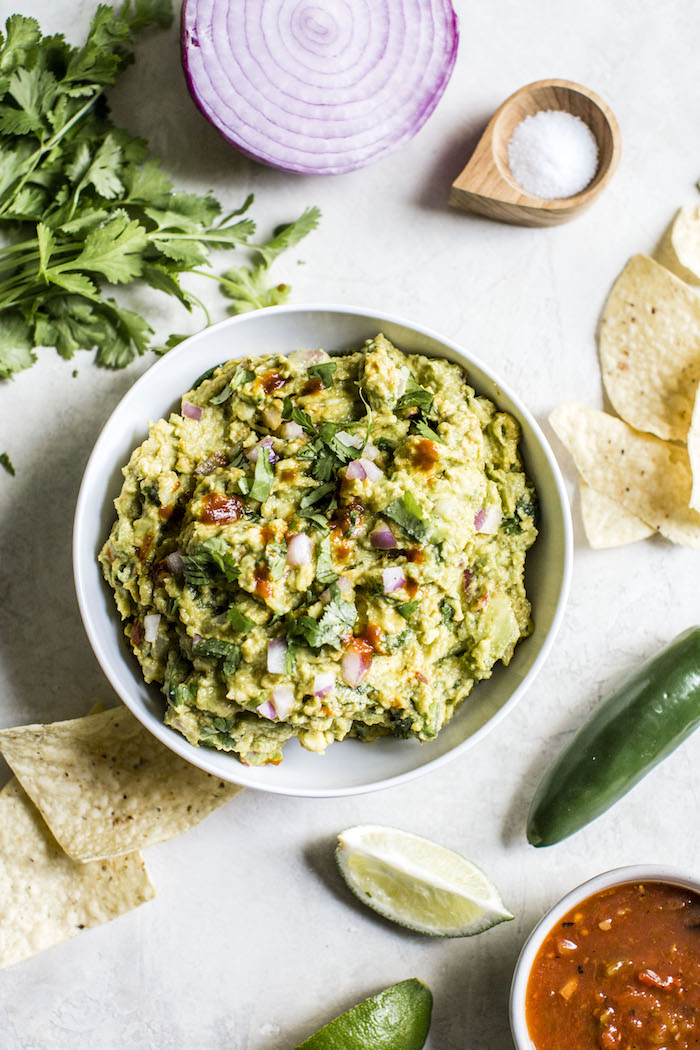 I think we can all agree that there’s never a wrong time to enjoy guacamole, but I think it’s especially perfect on Taco Tuesday! …which I don’t purposely participate in, but Miguel and I do tend to eat tacos once a week, so I figured today’s the day! Shrimp tacos+chipotle pepper guacamole—oohhh yeah.

By now, it should come as no surprise that I love “chipotle” flavored everything. From chipotle yogurt dip to chipotle chicken tacos to this chipotle salmon kale salad—it’s one of my favorite and most used spices. 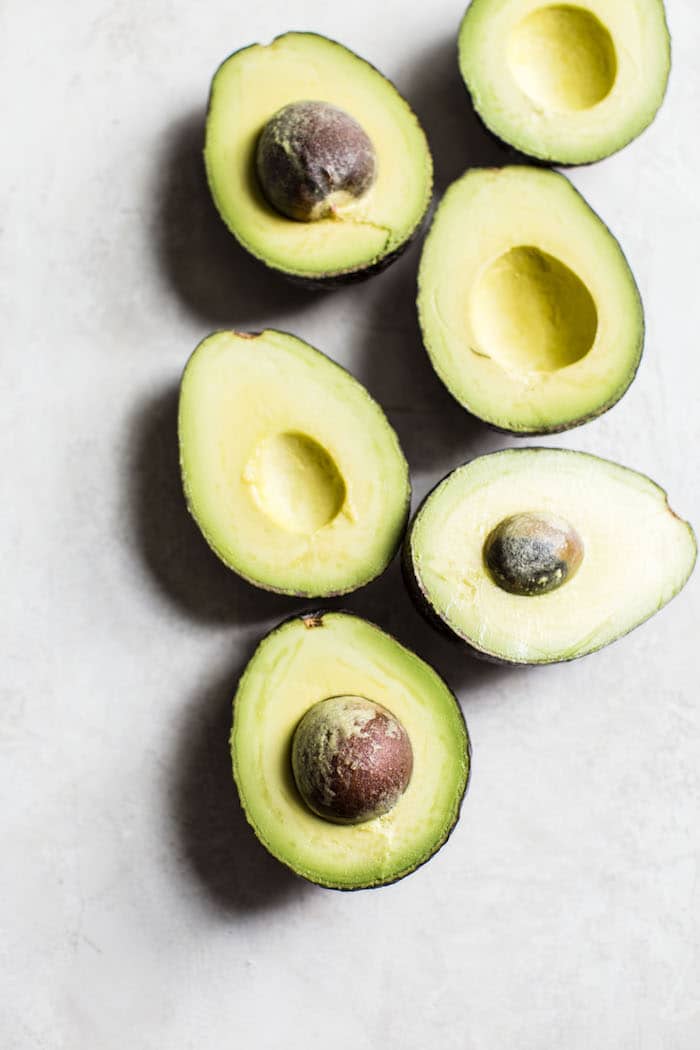 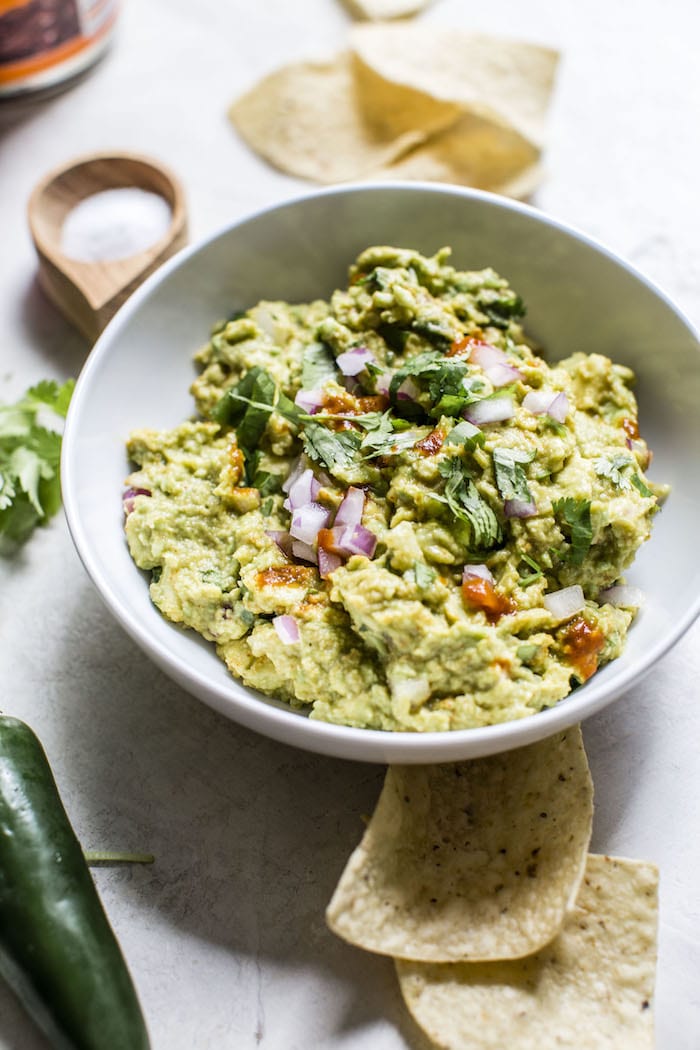 Something to note: so, I originally made this recipe with chipotle peppers in adobo sauce, which makes sense, it really does. However, chipotle peppers are red and guacamole is green, and when you combine the two you end up with a really gnarly color. I know—so unfortunate—but it’s true. So, using chipotle spice instead of chipotle peppers helps to keep the green color of the guacamole (though it does still change the color a little bit).

Maybe you’re thinking ‘what’s the big deal?’ It’s not, really. I just know that guacamole is a popular recipe to make when guests come over, and I’d hate for you to serve funky colored guacamole to your friends. Yes, these are the things I think about. 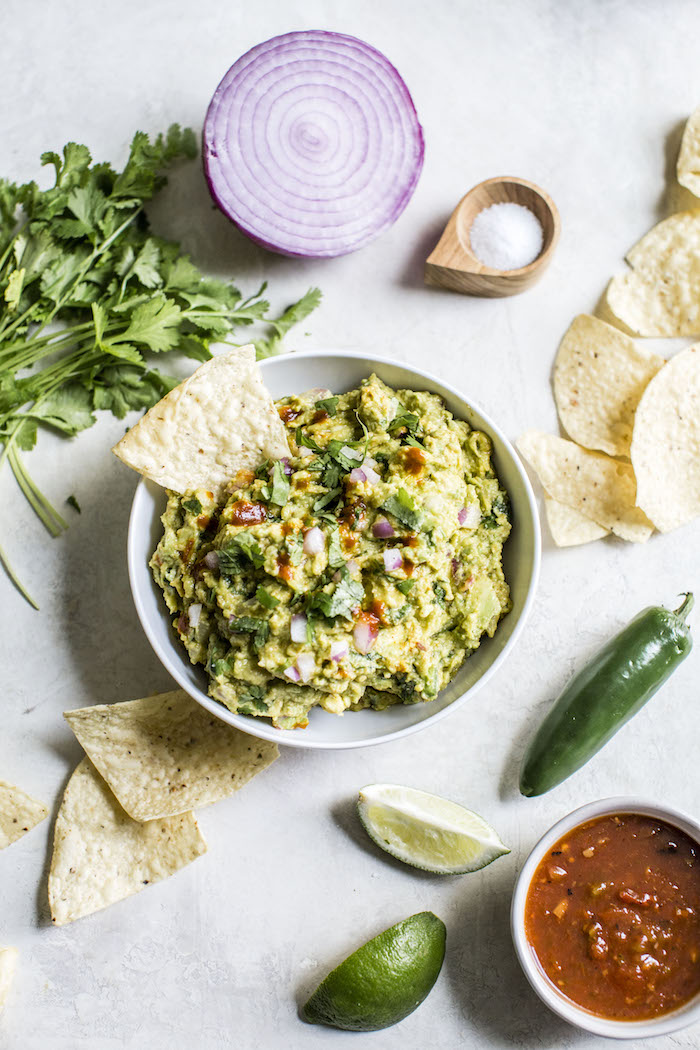 So will all that said, this chipotle pepper guacamole is the perfect way to add a kick to traditional guacamole. It still uses a lot of the same ingredients, but the addition of chipotle adds a slight flavor twist that you’re sure to love.

WHAT TO SERVE WITH THIS GUACAMOLE 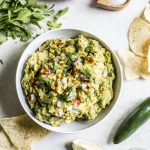 This Chipotle Pepper Guacamole puts a fun twist on the traditional recipe and adds a kick of flavor--you're gonna love it!
Print Pin Rate

*Start with 1/2 tsp and taste test to see if you want more. If so, add in an additional 1/2 tsp. ALSO, if you want, you can use regular chipotle peppers. Just know that they will change the color of the guacamole. If you want to go this route, use 1 chipotle pepper in adobo sauce (sliced), and then 2 tsp of the adobo sauce from the can.
Author: The Almond Eater