Enjoy a Chicken Quesadilla with Apricot Jam for lunch any day of the week! It’s also filled with cheese and spinach and packed with fiber thanks to the chia jam. 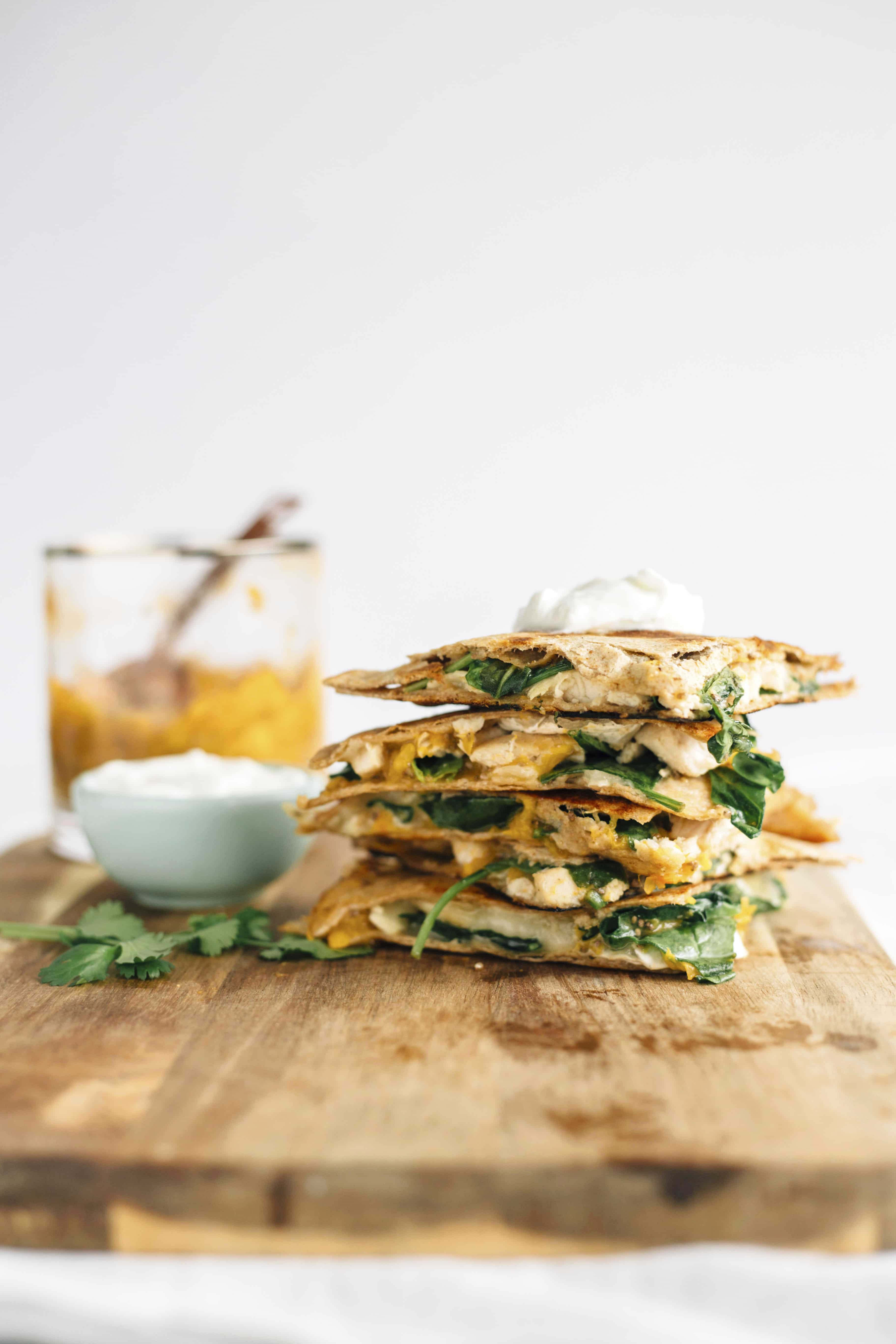 What? You didn’t think I was JUST going to post a chia jam recipe and then leave you hanging, did you? Of course not! I wanted to put it to good use on something other than toast, so chicken quesadillas were the obvious choice.

Can we also talk about the fact that it was FREEZING yesterday. Legitimately 42 degrees. No? You don’t want to talk about the weather? Yeah, me either. Weather talk is for those people who you have NOTHING else to talk to them about, and I like you guys more than that. Much, much more.

I realized that this is my FIRST quesadilla recipe on the blog, the reason being that flipping a quesadilla is almost comparable to flipping pancakes, which is still a struggle for me. I know, get it together. 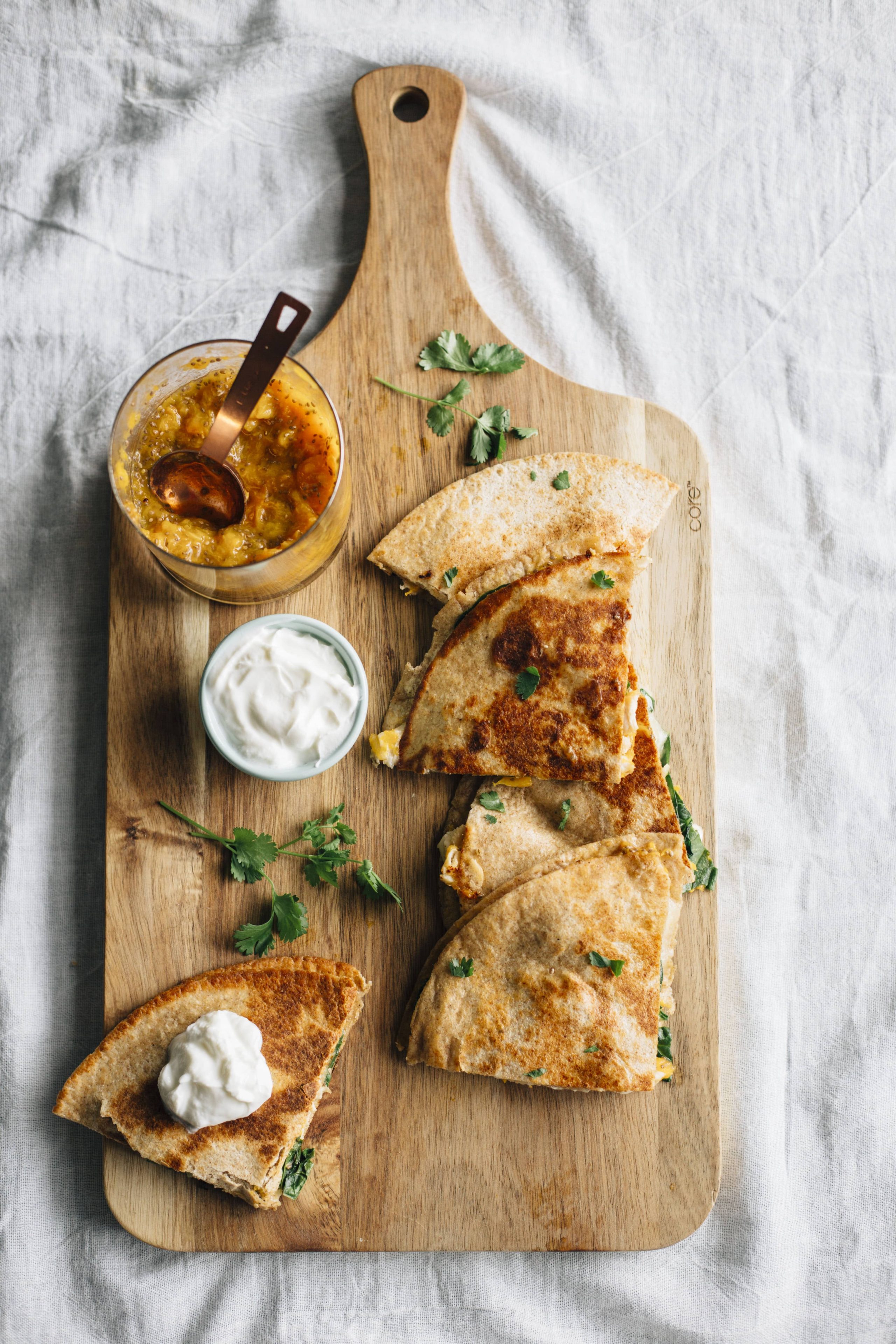 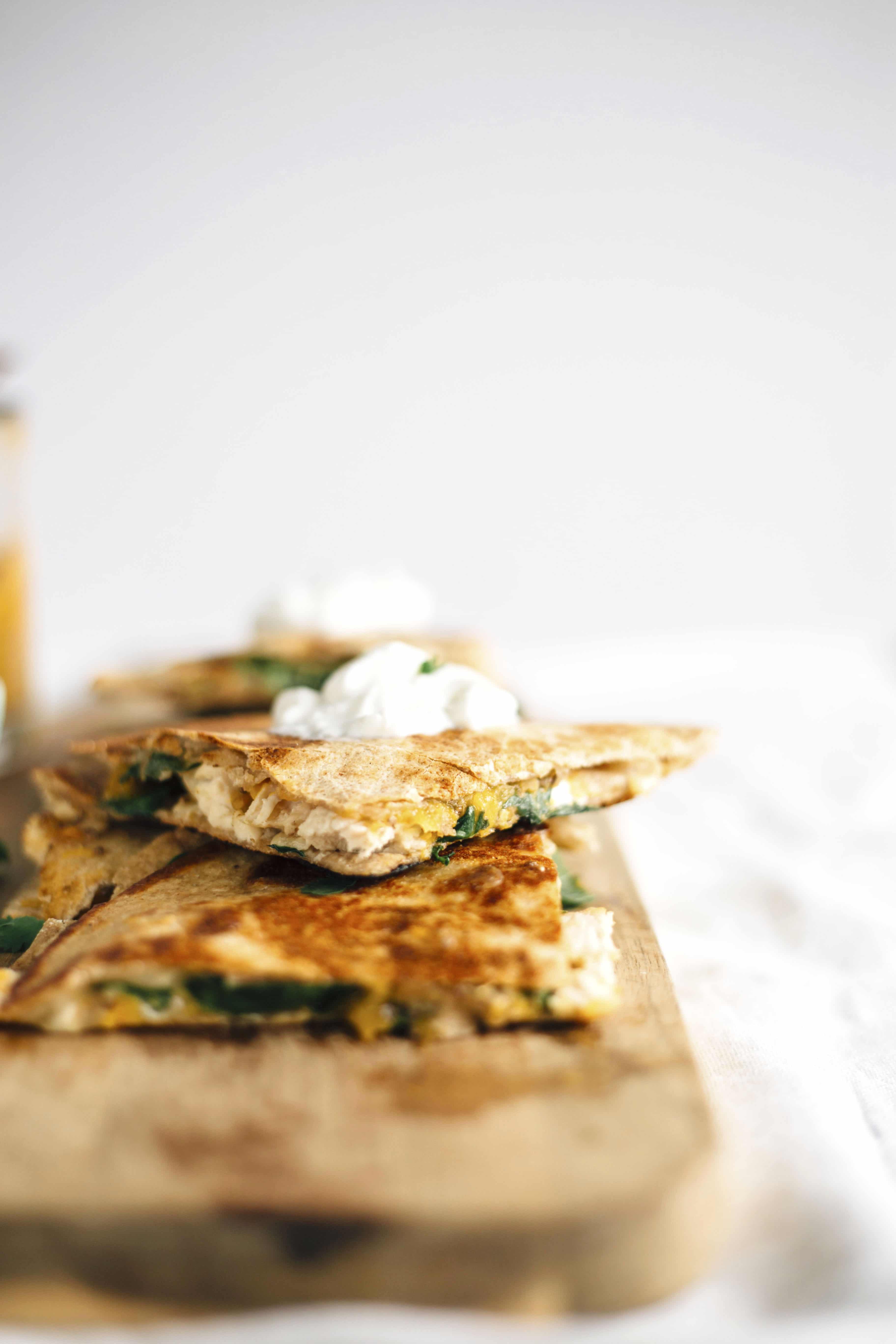 Mmmm but let’s talk about how putting chia jam on a quesadilla should be a thing from now on. Perhaps even a food trend. Not just on quesadillas though, but on sandwiches and desserts maybe on salads in place of dressing (I don’t know, is that weird?). Whatever, let’s make it happen, starting with this chicken quesadilla. I actually made this quesadilla shortly after making this strawberry brie grilled cheese when I was in the midst of my brie obsession. …not to say I’m not still in love with it, because I am and forever will be, but the obsession isn’t as strong now as it was a couple weeks ago, which is sort of sad but probably a good thing. 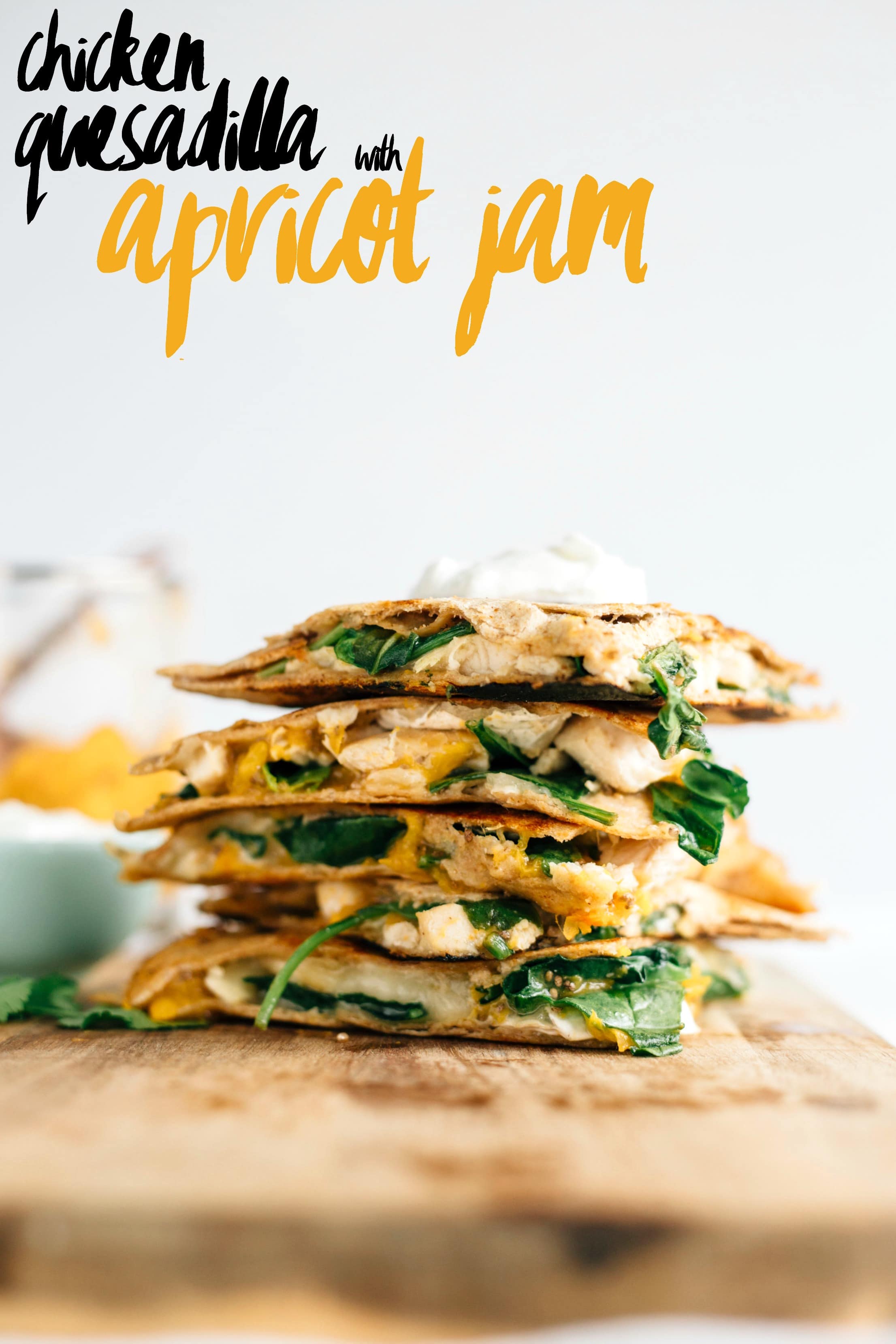 My one TIP would be to shred the chicken into small pieces. That way, it doesn’t fall out when you flip the quesadilla the way it might if you cut them into the larger chunks. Other than that, you should be golden!

Q: If you’ve made chia jam, how do you usually eat it (i.e. just on toast or some other way?) Was it freezing where you live yesterday?