Step up your granola game with this Caramelized Apple Cinnamon Granola. Crunchy oats mix with warm, caramelized apples—eat it atop yogurt or on its own for a tasty snack. 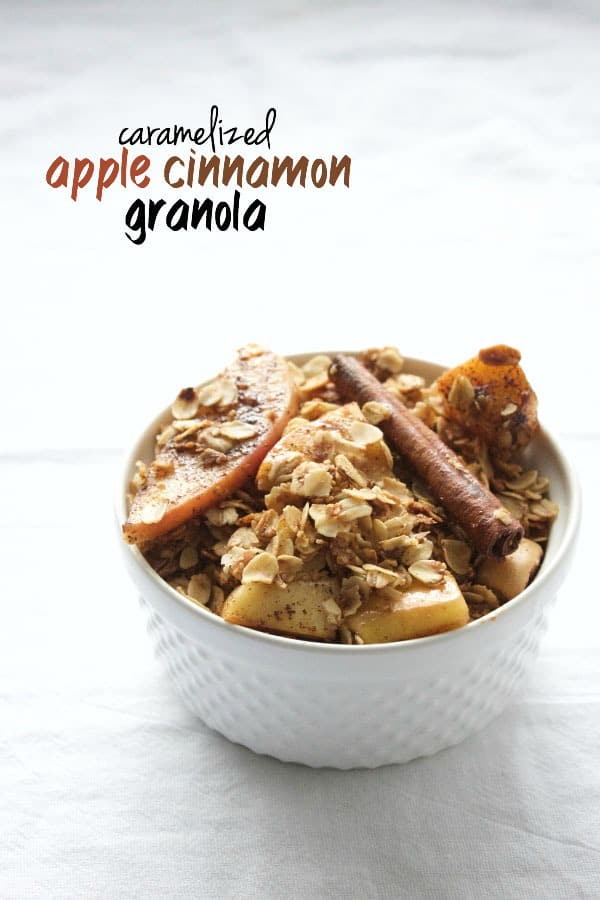 As I was trying to think of a witty intro, I thought about asking you guys to say “caramel” 22 times fast. Then I tried it myself and it ended up sounding like “Miguel”. ….I’m not even joking.. Or perhaps more like McKale… I don’t know—it was weird. The weirder part is that we’re not even talking about caramel—no, no, no. We’re talking about CARAMELized apples. Basically, everything tastes better when covered in coconut oil+coconut sugar+cinnamon. It’s kind of a no-brainer. Buuuut you already knew that. Know what else is a no-brainer? Making your own granola.

No but really… have you seen the store bought kind? I don’t even know what’s in that stuff. Ok, not all brands are terrible, but so many are. Making your own takes all of 15 minutes and could not be a simpler.

But the real question here is: are you a granola person and, if so, how do you eat your granola? 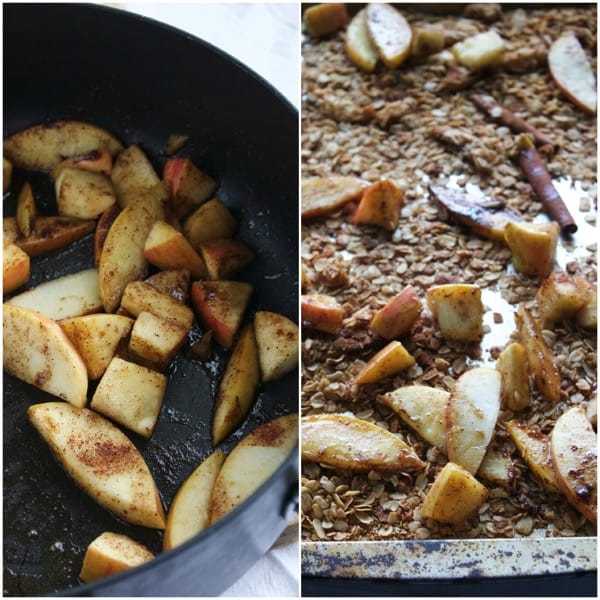 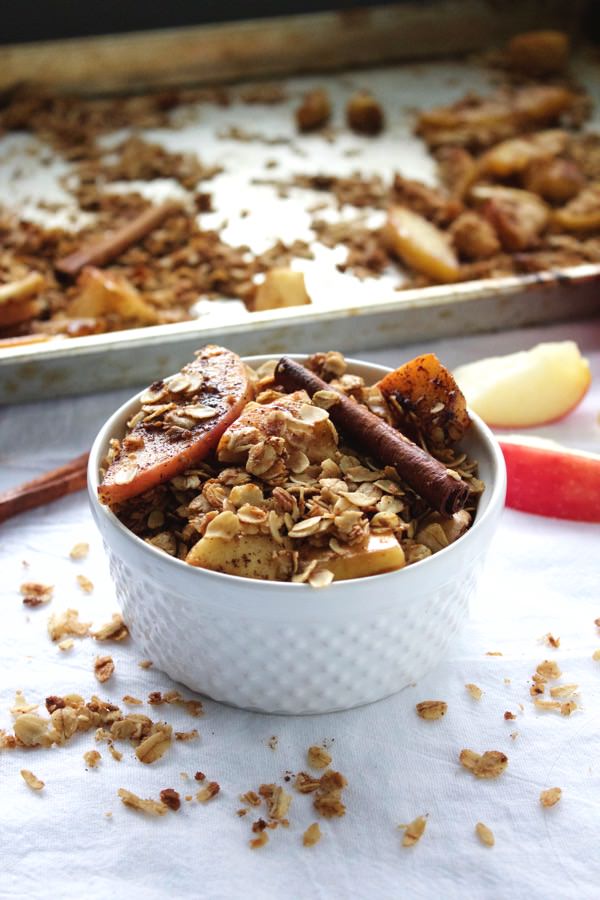 Yes, this is a real question. Kind of like how do you eat your french fries (with a fork or your fingers?….<<you HAVE to answer “fingers” or else something is wrong with you). I know many, many people top their yogurt with granola. Problem is, this girl doesn’t love yogurt. I feel like I haven’t mentioned it in forever, but yeah, I don’t. Coconut yogurt isn’t too bad, but I can’t do regular yogurt unless it’s IN something. By itself is a big no-no for me. So what else do you do with granola?! I personally eat it with milk like cereal, because I used to be cereal obsessed and granola doesn’t get soggy the way cereal does. Ughhhh soggy cereal—the thought just grosses me out. I had a friend once who would pour milk into her cereal and WAIT for it to get soggy before eating it. WHYYYYYY?! 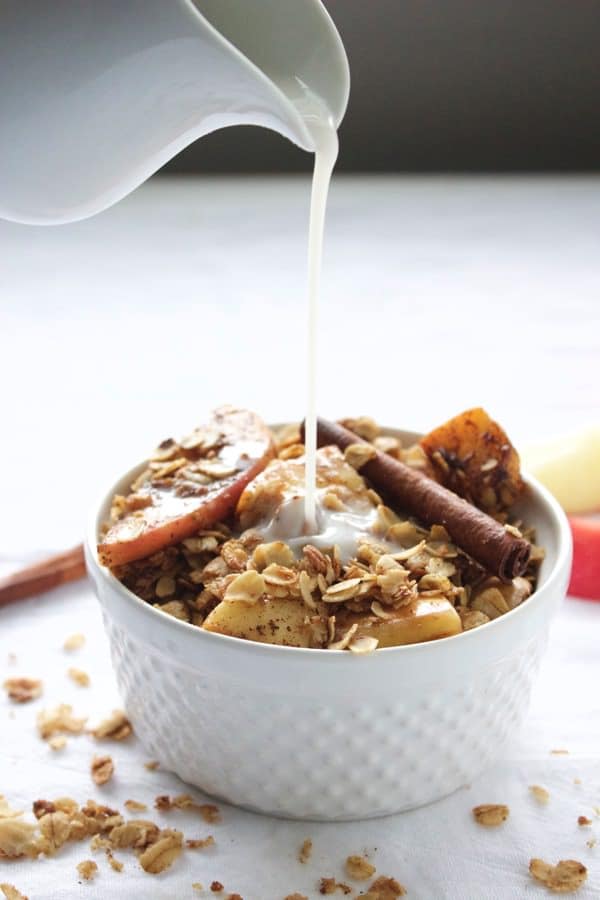 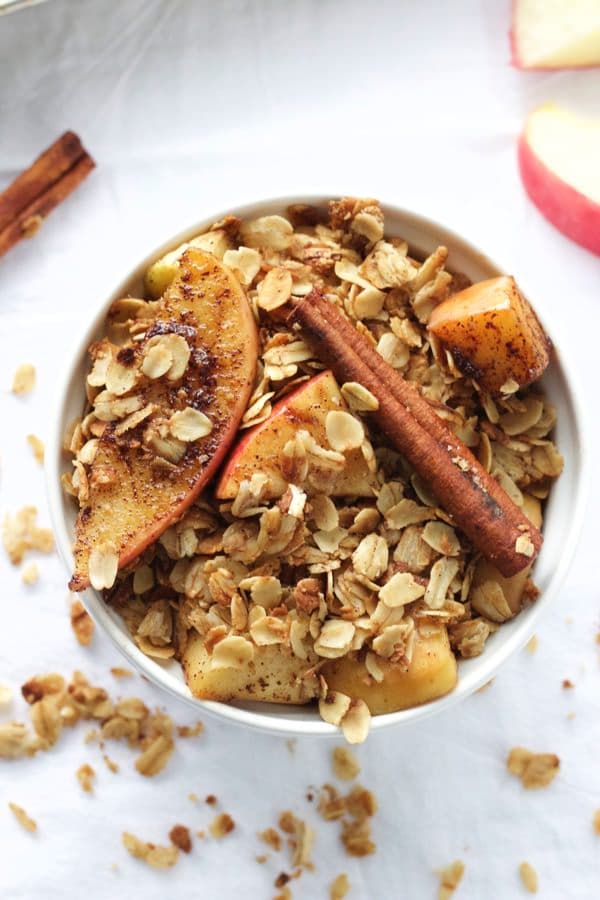 Besides eating granola with yogurt and like cereal, you can also enjoy granola atop ice cream, atop fruit, IN your overnight oats (or perhaps that’s an oats overload?), or simply by itself as an afternoon snack. Make a batch and then divide into plastic bags and take it with you in your lunch! Orrrrrr enjoy it as a late night snack! It doesn’t matter how you eat it, just EAT IT because it’s delicious. 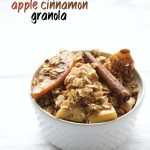 Q: How do you eat your granola?