A Bacon Brussels Sprouts Bruschetta recipe that combines all the right flavors and is ready in 15 minutes! Sprouts, bacon, onion, and cheese—what more can you ask for?! 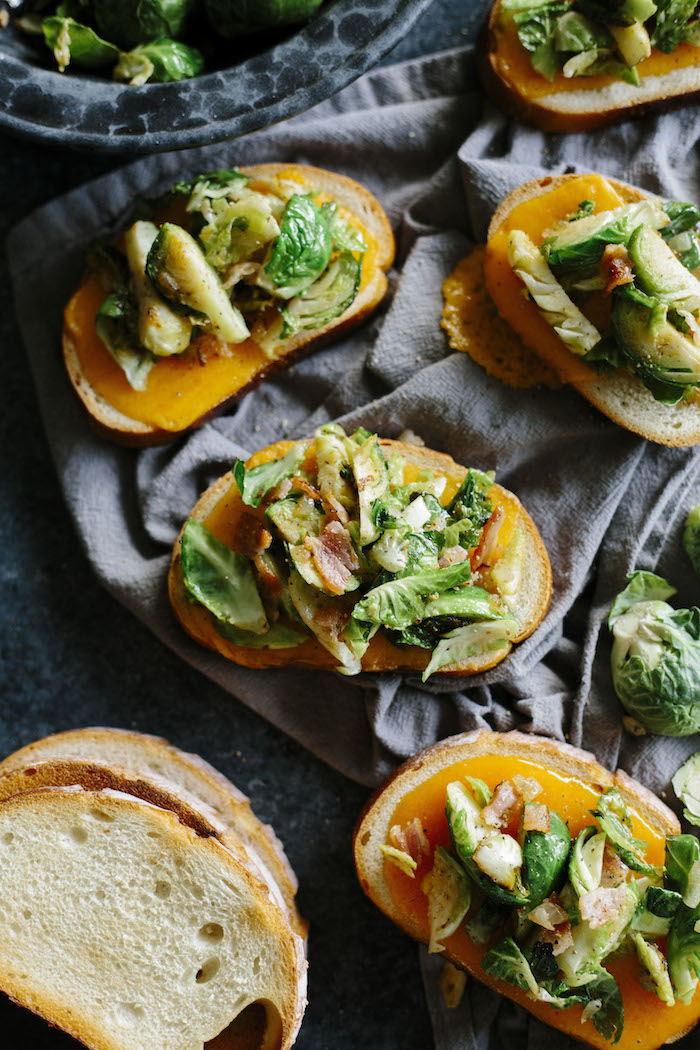 Are we all on board with brussels sprouts? They’re one of those foods that tastes healthy but is still delicious, kind of like broccoli but unlike beets, which take it a step too far. ….yes? Still on the same page?

If you’re still on the fence about brussels sprouts, I must ask you one thing: have you tried them with bacon? Serious question. It’s a completely different ball game when you pair ‘em with bacon (as is everything though, really). The first time I tried brussels sprouts, I believe I boiled them (similar to how you would peas or broccoli) and they were terrible. Don’t boil brussels sprouts—no, no, no. Instead, roast them either in the oven or over the stovetop. UGH, so much better. 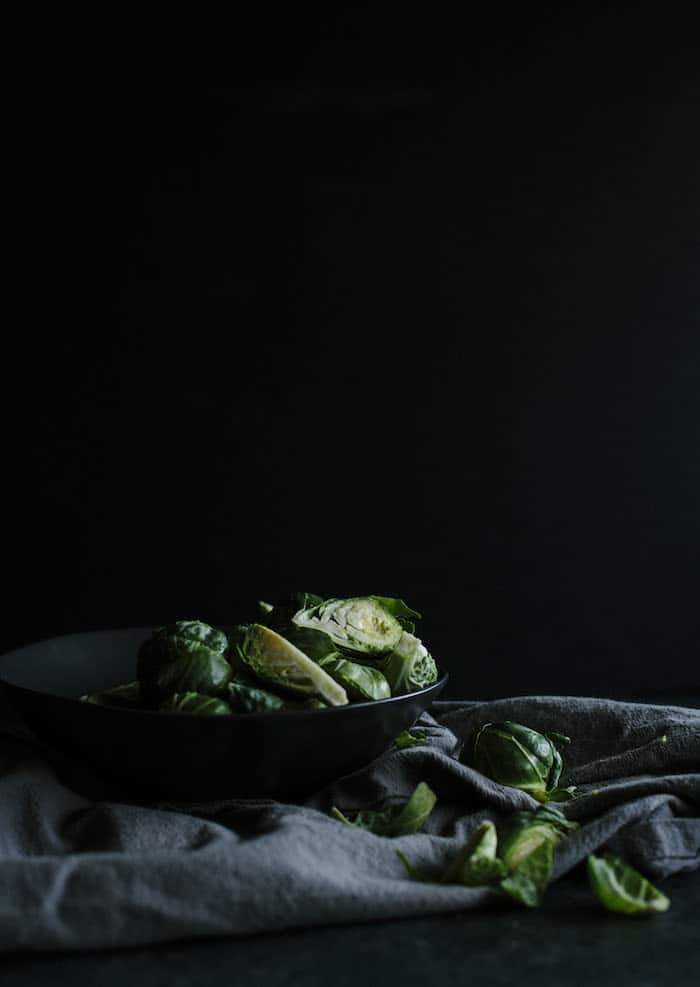 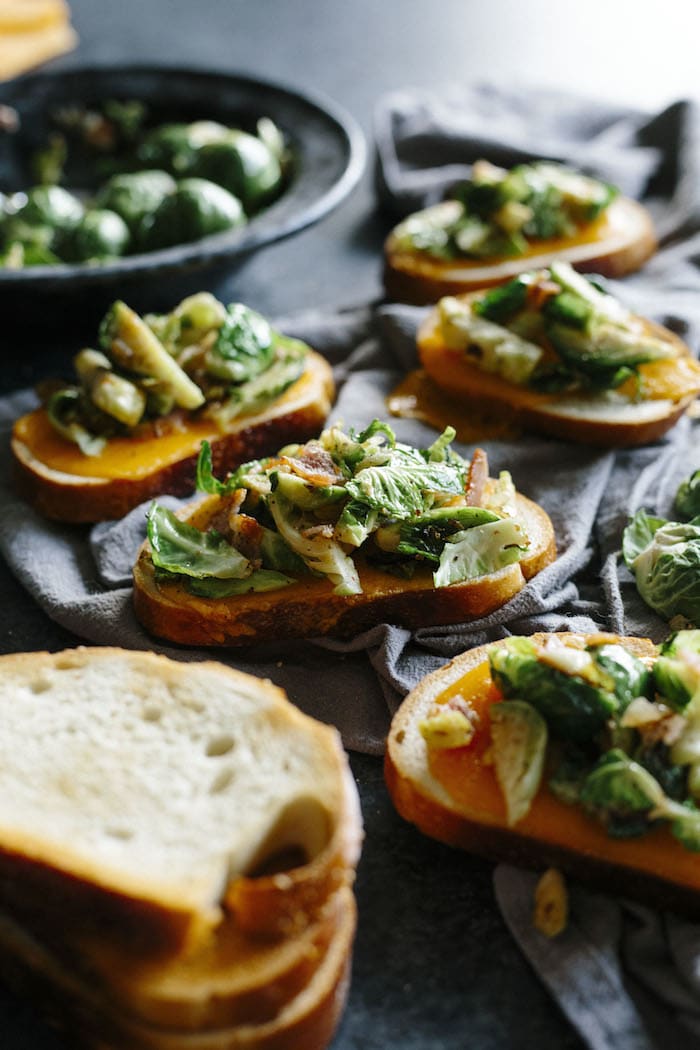 Think of this bruschetta has a tribute to sprouts and bacon and onions and cheese, aka all the best things that add flavor to just about anything. I know you probably think ‘snack’ or party appetizer’ when you think of bruschetta, but it also makes a really easy and tasty lazy girl dinner. I tend to be extra lazy when Miguel travels for work (which has been quite frequently lately), so making something that requires minimal dishes, time and effort is what I’m all about. This brussels sprouts bruschetta is just that.

Essentially, you sauté the brussels sprouts in a pan with olive oil, bacon and onion and then place it overtop of cheddar cheese-covered bread. Last, you’ll add a sprinkle of black pepper and VIOLA—done! 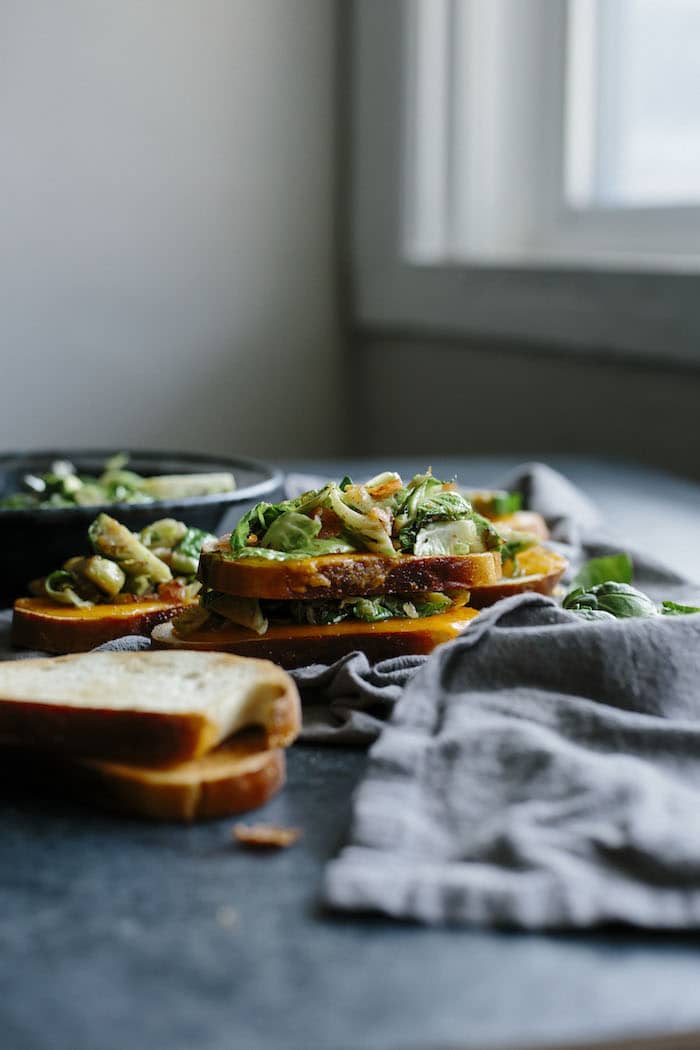 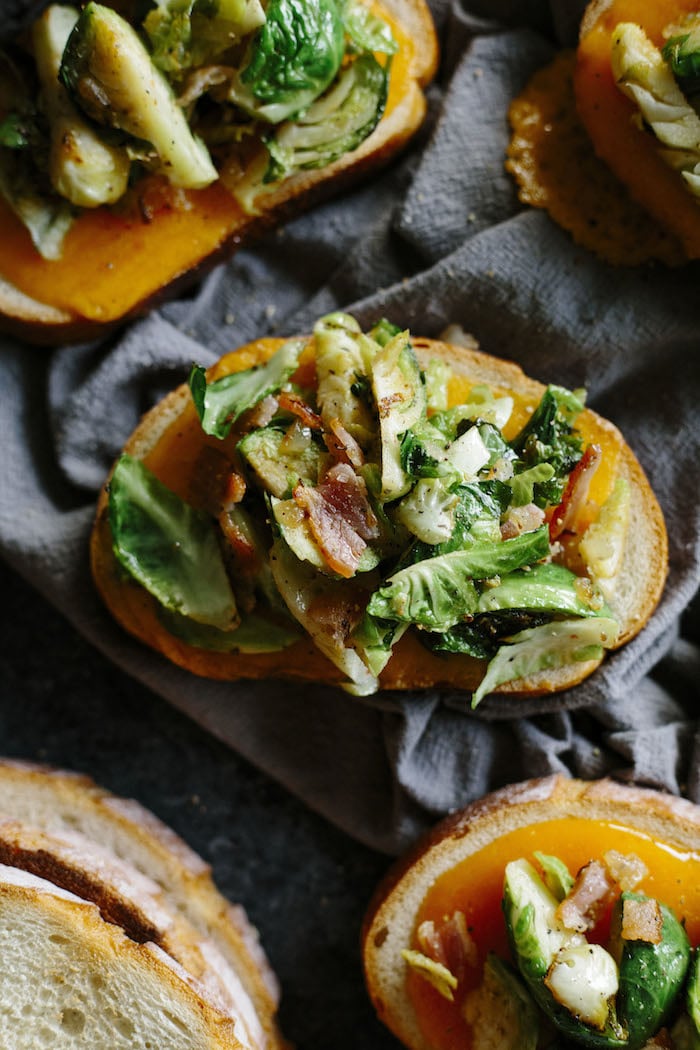 Tip: Chop the sprouts up into smaller pieces, rather than just slicing them in half. That way, they’ll actually stay on top of the bread and the bruschetta will be easier to eat.

Trust me when I say it’s going to become your new favorite way to enjoy sprouts. Oh and major bonus: it’s ready in about 15 minutes!! <—lazy girl dinner for sure.